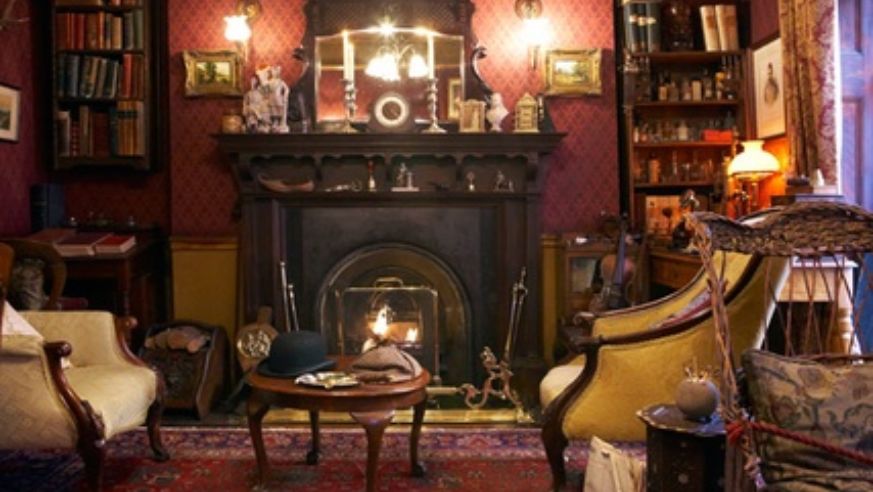 Sherlock Holmes aficionados in London are up in arms about Hollywood's fresh take on their detective hero.

Robert Downey's lusty new Sherlock, they say, is nothing like the invention of Sir Arthur Conan Doyle. In fact, when I dropped by the Sherlock Holmes Museum last week, I went looking for promotional movie tie-ins—and received short shrift.

"There are none at all," said a man in a tweed suit, purporting to be Sherlock Holmes himself. "Any connections with that film and the real Holmes are purely coincidental."

The museum itself is a delight for all Holmes fogeys—with descriptive details from the myriad short stories and novels lovingly reproduced on all four stories of the Baker Street town house, at the exact fictional residence for the detective and Doctor Watson as mentioned in the book (

ie=UTF-8&q=sherlock+holmes+museum&fb=1&gl=us&hq=sherlock+holmes+museum&hnear=London,+UK&cid=0,0,3966995981424058625&ei=icCCS7ejDsGUtgfr_-X-Bg&sa=X&oi=local_result&ct=image&resnum=1&ved=0CAoQnwIwAA" target="_blank">221b Baker Street). The sitting room is furnished with Holmes's violin, Persian slippers, forensic equipment, and other paraphernalia. Holmes's modest bedroom is recreated—complete with a photograph of Irene Adler—one of the few adversaries to defeat him (in the short story "A Scandal in Bohemia").

The downstairs shop sells all manner of things related to the detective, such as deerstalker hats. Whether it will stock the new movie when it comes out on DVD remains to be seen.