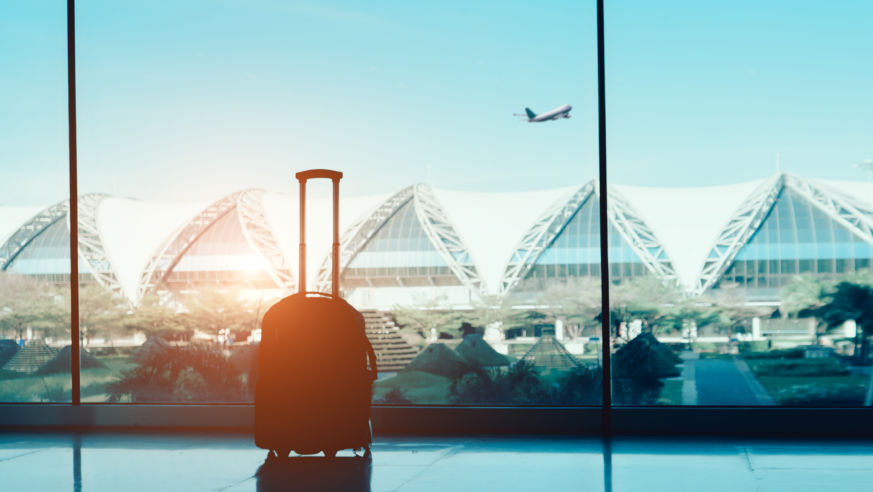 Plagued by pre-trip nightmares of landing at your destination sans luggage? The odds of it happening to you are lower than you think.

Is the threat of lost luggage putting a damper on your vacation plans?

Given the extra fees and the uncertainty surrounding checking a bag, it's no surprise that many travelers prefer to go carry-on only whenever possible. But according to a new report on lost and missing baggage from LuggageHero, a network of luggage-storage sites around the world, there might not be as much cause for concern as we think. The company took a deep dive into seven years’ worth of mishandled baggage reports from the U.S. Department of Transportation and determined that on average, airlines are receiving 30 percent fewer lost-luggage complaints than they were in 2012, and 12 percent fewer than they were just last year.

The Odds of Losing Your Bags

Of course, the problem hasn't been completely eradicated. Though the report estimates that, statistically, just two or three out of every 1,000 travelers' bags will be lost or damaged throughout the year, LuggageHero predicts that some 676,000 suitcases will go missing or suffer damage during the busy summer travel season.

Some Airlines Love Your Luggage More Than Others

Historically speaking, regional carriers SkyWest, ExpressJet, and Envoy Air are the worst offenders. Among the bigger players, Delta has mishandled the least amount of luggage since 2012, followed closely by Frontier, Spirit, Hawaiian, and JetBlue. United, Alaska, and Southwest are running in the middle of the pack, but if you’re flying American, resist that gate-check tag—of the major airlines analyzed, this one gets the lowest marks.

New for 2019, LuggageHero is now looking at social media—and Twitter, in particular—to examine how the general public interacts with these airlines online. Tweets are categorized by tone (positive, negative, and neutral) and ranked accordingly; to date, Delta has the most positive audience engagement, with American and United not far behind. Meanwhile, JetBlue receives the most disgruntled feedback, with a ratio of negative to positive tweets that's more than double what Delta records.

The Best Time to Fly

If you know you have to check a bag, try to avoid traveling during the peak summer months and around the holidays, when luggage is most often misplaced. But we know that's easier said than done, so if that doesn’t work with your plans, you'll need to brace for the worst-case scenario.

Preparing for the Worst

Before you go, check your travel insurance policy to see if lost or damaged luggage is covered. If your stuff is MIA when you land, be sure to file a report with the airline immediately, while you’re still at the airport. Don’t leave the premises until you have a copy for your personal records, and document, document, document—you’ll have to show proof of loss to get reimbursement from the DOT, so take pictures and save your correspondence with the airline. It's also never a bad idea to document everything you pack before you head to the airport.

Be Your Own Advocate

Obviously, you should get your money back for any fees paid to check a bag that goes missing, but you’ll probably have to advocate for a refund, as well as reimbursement for the costs of any essentials that were lost in the process.

Luck, it's been said, favors the prepared.