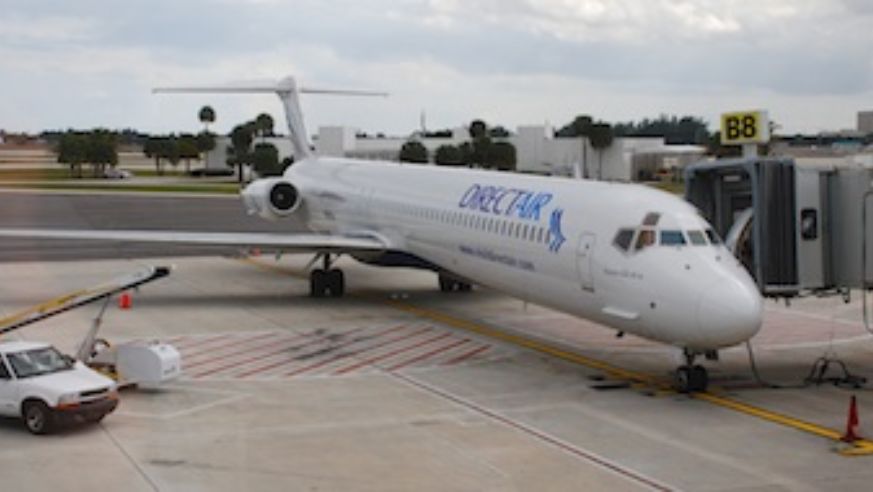 When Direct Air canceled its flights and filed for bankruptcy last month it left its customers scrambling for millions of dollars in refunds, and now the company's credit card processor and escrow bank are claiming they don't have the cash to cover all the reimbursements.

The Myrtle Beach, S.C.-based Direct Air sold charter flights and vacation packages up and down the Eastern Seaboard and in the Midwest. The company canceled its charter program on March 13, and on March 15 it filed for bankruptcy protection in the U.S. Bankruptcy Court for the District of Massachusetts.

In a company press release issued on March 17, Direct Air explained that "rising fuel costs and other operating expenses pushed the charter company into a severe operating loss position."

Following the bankruptcy filing, the U.S. Department of Transportation issued a statement for consumers impacted by the Direct Air shutdown that under federal regulations, Direct Air has in place an escrow account into which all charter participant funds were to be deposited until payment was made to the airline that was to execute the charter flight.

The DOT also noted that customers who paid for their Direct Air flight by credit card should contact their credit card company to get their money back.

But according to Bingham Farms, Mich.-based JetPay Merchant Services, the credit card processing company for Direct Air, the bank holding the escrow funds is not releasing them and is therefore putting almost the entire refund load on JetPay.

In an affidavit to the bankruptcy filing, David Chester, COO of JetPay, explained the credit card processing company's predicament.

"Without access to funds in the escrow account, JetPay is currently suffering a cash shortfall," Chester wrote. That shortfall "will likely exceed several million dollars and may reach as high as $20 million which will jeopardize the ability of JetPay to continue business."

Later court filings further question whether the bank itself even has enough funds to cover the onslaught of refunds that need to be paid out and why those funds aren't available in the escrow account.

The bottom line is that for Direct Air customers seeking to get their money back the process could be long and arduous, and there remains a great deal of uncertainty about whether there will even be enough money to cover all the refunds, and if not, who is responsible and what course of action customers will have.

What to Do If Your Airline Shuts Down

Tips On When To Book Summer Flights Amid Rising Fares