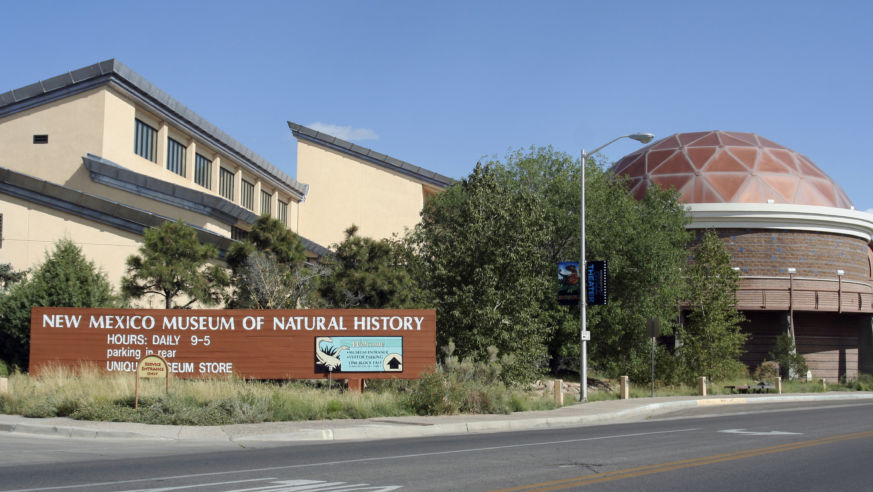 The New Mexico Museum of Natural History in Albuquerque.

While the phrase “Hotel Price Index” may not sound like an edge-of-your-seat thrill ride, we travel editors look forward to the annual report on trends in, you guessed it, hotel pricing. We like seeing surprising downward price fluctuations in some of our favorite U.S. destinations, and we also enjoy making some discoveries based on unusually low prices in places we haven’t been to yet. Here, seven American cities that belong on your 2018 to-do list.

The shockingly low average hotel rate in Albuquerque means that New Mexico’s biggest city may be the ultimate value destination right now. With a great art scene, centuries of history, incredible New Mexican cuisine, and even old Route 66 (now Central Avenue) with an iconic neon sign just waiting to be Instagrammed, you may want to book a room today.

Oklahoma City surprises visitors, not just with its under-$100/night average hotel rates but with its mix of culture, food, old-West history, working stockyards, and its unexpected nickname, the “Horse Show Capital of the World.” If you’re only experience of Oklahoma has been the classic Rodgers & Hammerstein musical of the same name, 2018 may be the time to get to know Oklahoma City.

Reno may bill itself as the “Biggest Little City in the World,” but its hotel prices are decidedly small. If you want to combine gaming and entertainment with fresh mountain air, this is the place to do it. You’ll love the Riverwalk District, kayaking, hiking and exploring the Sierra Nevada mountains, and, of course, trying your luck.

Tucson is a big city that draws outdoorsy types, which, once you’ve experienced Tucson, makes perfect sense. When’s the last time you navigated a saguaro forest, hiked in the nearby mountains, and then sat down to a world-class meal in a vibrant cultural hotspot?

We know, you think you know Orlando. Think again. Sure, it’s the world’s perfect confluence of theme parks, with Disney and Universal drawing families, couples, and everybody else all year long. But Orlando is also a destination unto itself, with one of America’s up-and-coming food scenes, natural beauty, and incredibly affordable, reliable lodging.

Yes, time was you could nab a room in Vegas for practically nothing. Though the city has undergone a makeover in recent years and rates have risen, the average hotel rate of $125 still represents an incredible opportunity to kick back and relax while you soak up the entertainment, gaming, and cultural hotspots such as the “Mob Museum.”

Pittsburgh’s hotel rates have been coming down as its profile has been rising, and that’s a very good thing. Home to cultural institutions like the Carnegie Museums and the Andy Warhol Museum (the groundbreaking pop artist grew up here, after all), this is a city that belongs on everyone’s must-see list.