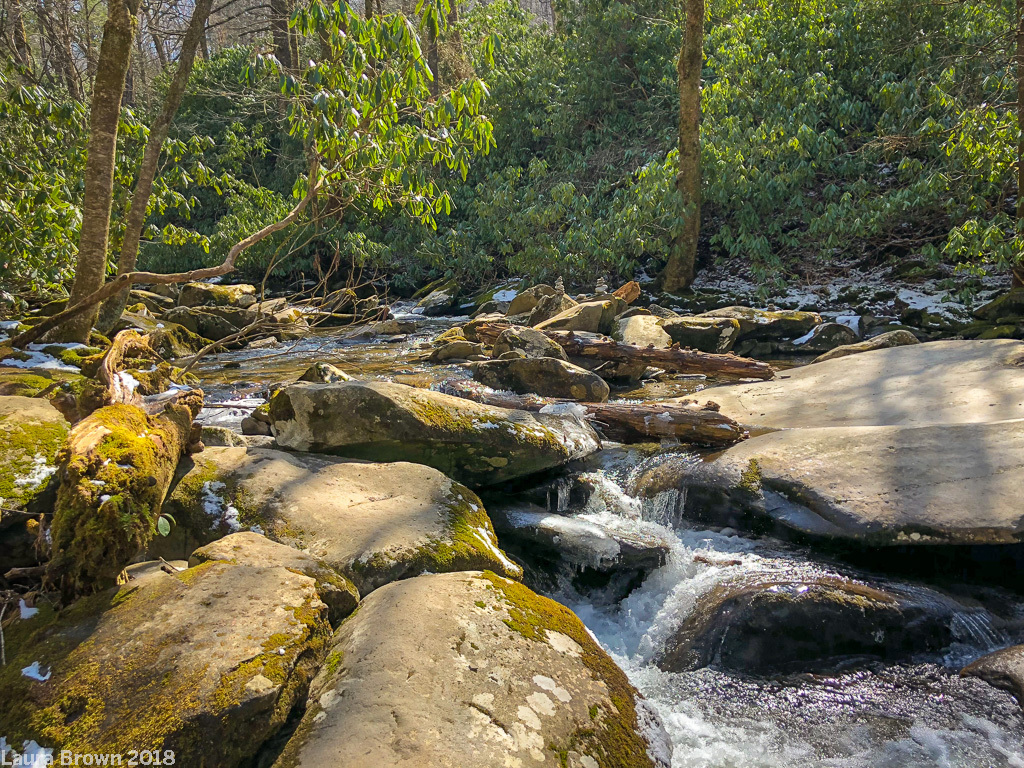 Laura Brown
Centrally located along the Tennessee-North Carolina border and boasting incredible mountain views, old-growth forests, and family-friendly activities, the most popular park in America is a gorgeous bargain.

Great Smoky Mountain National Park (nps.gov/grsm) is America’s most visited national park (with more than 11 million visitors in 2017), in part because of its proximity to large populations of people, but mostly for its sweeping views, great hiking trails, and opportunities to get up close and personal with the most biodiverse park in America. Must-see highlights include hiking to the top of Clingman’s Dome Observatory and the drive through Cades Cove.

In late 2016, some of the most trafficked trails of the park, along with the neighboring town of Gatlinburg, were burned when a wildfire met a windstorm. Both the park and the town have rebounded, offering a fascinating opportunity to see how the natural world rebounds after a wildfire

Straddling the states of Tennessee and North Carolina, Great Smoky Mountains is one of the most centrally located national parks and a manageable road trip from many major urban areas in the East, Midwest, and South. The closest regional airports are Mcghee-Tyson in Knoxville Tennessee or the Asheville regional airport in North Carolina. Both airports have rental car options. And remember when renting a vehicle that you do not need a 4WD vehicle to experience this park.

ENTERING AND NAVIGATING THE PARK

There is no entrance fee for Great Smoky Mountain National Park, because the state of Tennessee would only transfer the land to the National Park Service if they guaranteed no fee would ever be charged to access the mountains. Please consider donating $20 to the Friends of the Smokies instead (friendsofthesmokies.org); this is the admission fee for most of the national parks across the country, and funds go directly to protecting the park’s facilities and wildlife.

CAMPING IS A BARGAIN

Tent camping is the cheapest way to experience the Smokies .

For $20/night, there are 10 different campgrounds in the Smokies. Some of them require reservations and are only open during the high season. You can check the pricing and reservation requirements online (nps.gov/grsm/planyourvisit/frontcountry-camping.htm).

Gatlinburg and Pigeon Forge, Tennessee are considered the “gateway to the Smokies” and both have lived up to this moniker by providing ample affordable lodging and a huge variety of activities for families. This area is what I like to call “hillbilly chic” for the way it leans into its heritage.  Physical activities like go-karts, mini-golf, and horseback riding abound, but you can also experience museums of the strange and curious - from the Ripley’s Believe it or Not Museum all the way to the Titanic museum. And you’ll definitely notice a certain affinity for one Dolly Parton. This part of Tennessee is where the singer/songwriter grew up, and Parton has reinvested in the community by opening up several dinner theaters and her own theme park. Dollywood has several of the best roller coasters in the South and provides a great time. Should you decide to do any of these attractions, be sure to do a search for discounted tickets online before you pay full price at the box office.

For the cheapest hotel options, you should consider staying in Cherokee, North Carolina (on the other side of the park from Gatlinburg and Pigeon Forge). This area is the Cherokee indian reservation, and has many hotels that get you more for the price. Cherokee is not as kitschy as Gatlinburg, and you’ll have fewer crowds to deal with.

There are a plethora of restaurants on the Tennessee side of the park. You can find everything from cheap fast food to mountain pancakes to steak dinners.

The Chimneys. The Chimneys is a classic hike in the smokies, a steep climb up to one of the best views in the park. This hike is a bit over four miles round trip, and you should plan on a workout. Bring plenty of water and a walking stick. This trail was part of the burn area in the 2015 wildfires, so it can be muddy in places where the brush was burned away. Because of the fire, you can no longer go the final .25 mile to the summit of the chimneys, but the end of the trail still provides a wonderful view.

Alum Cave Bluff Trail. This is a moderate 6.5 mile trail that offers some amazing views and a variety of terrain, concluding at a natural cave in the mountain rock. This hike is really fun and is not as physically taxing as some of the other hikes in the park. This is one of the most popular hikes in the park, so be sure to get there early!

Clingman’s Dome Observatory. Clingman’s Dome is the highest point in the park, and has an observatory on the top that provides some incredibly views. The hike to the observatory is less than a mile, with minimal elevation gain. The trail is paved, making this an ideal outing for families with children and those who are disabled. Be sure to bring a jacket as this higher elevation is often cold and windy, even in summer.

Appalachian Trail. The appalachian trail is a 2,000 mile adventure that goes right through GSMNP.  Those with an adventurous spirit can meet up with the Appalachian Trail at the Clingman’s Dome parking lot and hike as much or as little of it as they wish. Keep in mind that all overnight backcountry stays in this park require a permit.

IF YOU'RE VISITING WITH KIDS...

Great Smoky Mountains is one of the most fun parks to visit with children. Here, two options that’ll keep little ones enchanted, and make them want to return again and again:

Creek Stomping. There are several places in the park that are great for kids to play in nature. At the trailhead for the Chimneys trail is a rocky section of the creek that offers a good opportunity for kids to climb and splash in the water.

Scenic Drive and Picnic. Cades Cove is in a valley surrounded by mountains and makes for a lovely scenic drive. This is the best spot in the park for picnicking, as well as providing plenty of great photos and opportunities to see wildlife. Cades Cove used to be a small mountain community, and the old structures from the 19th century have been preserved for the public to get a glimpse of life. Bears are not an uncommon sighting in Cades Cove, but don’t be afraid - black bears prefer a lazy lifestyle as long as you don’t get too close! Plan on spending at least an hour driving the Cades Cove loop - which can get crowded on beautiful days and weekends. 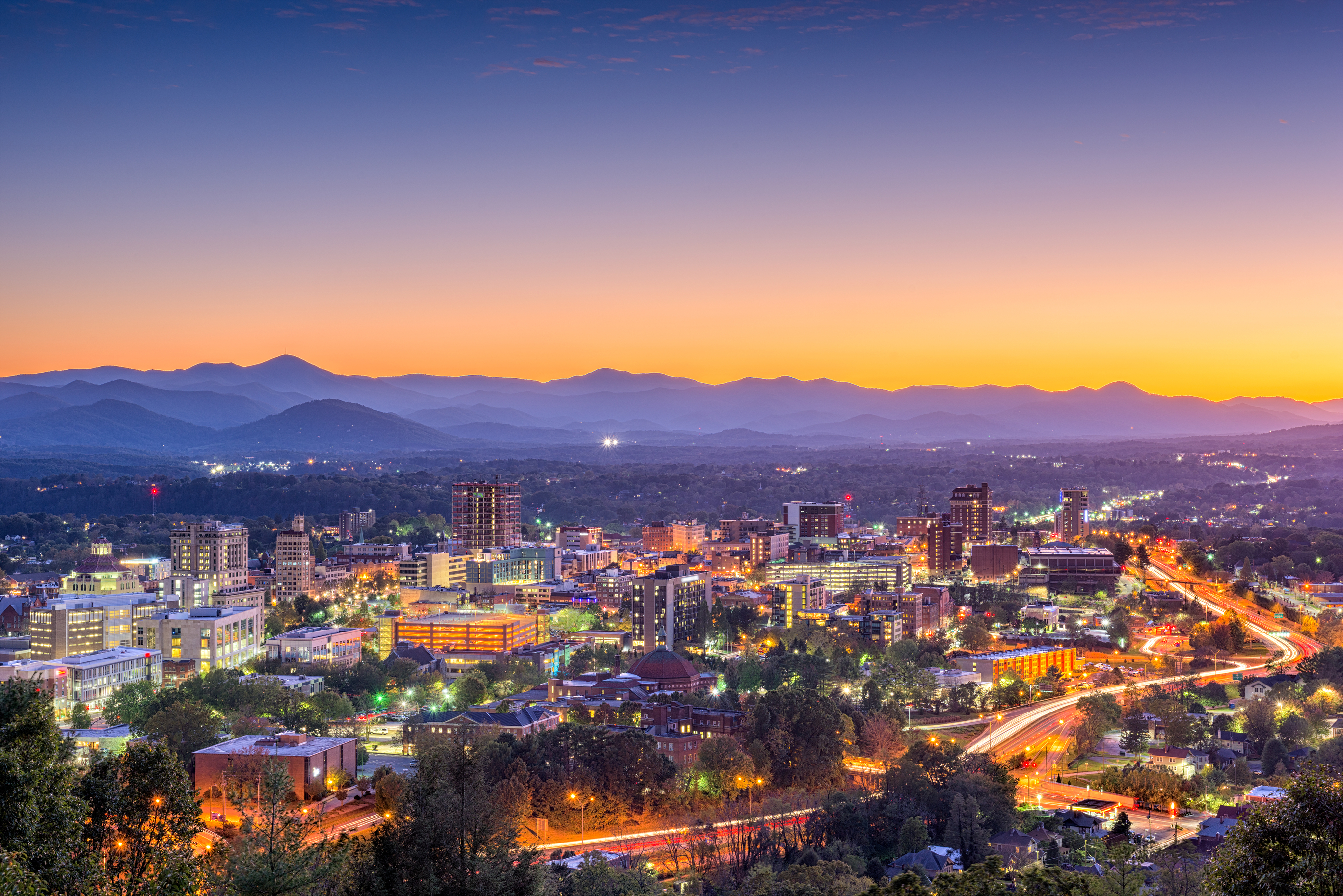 7 Things to Do in Asheville, NC 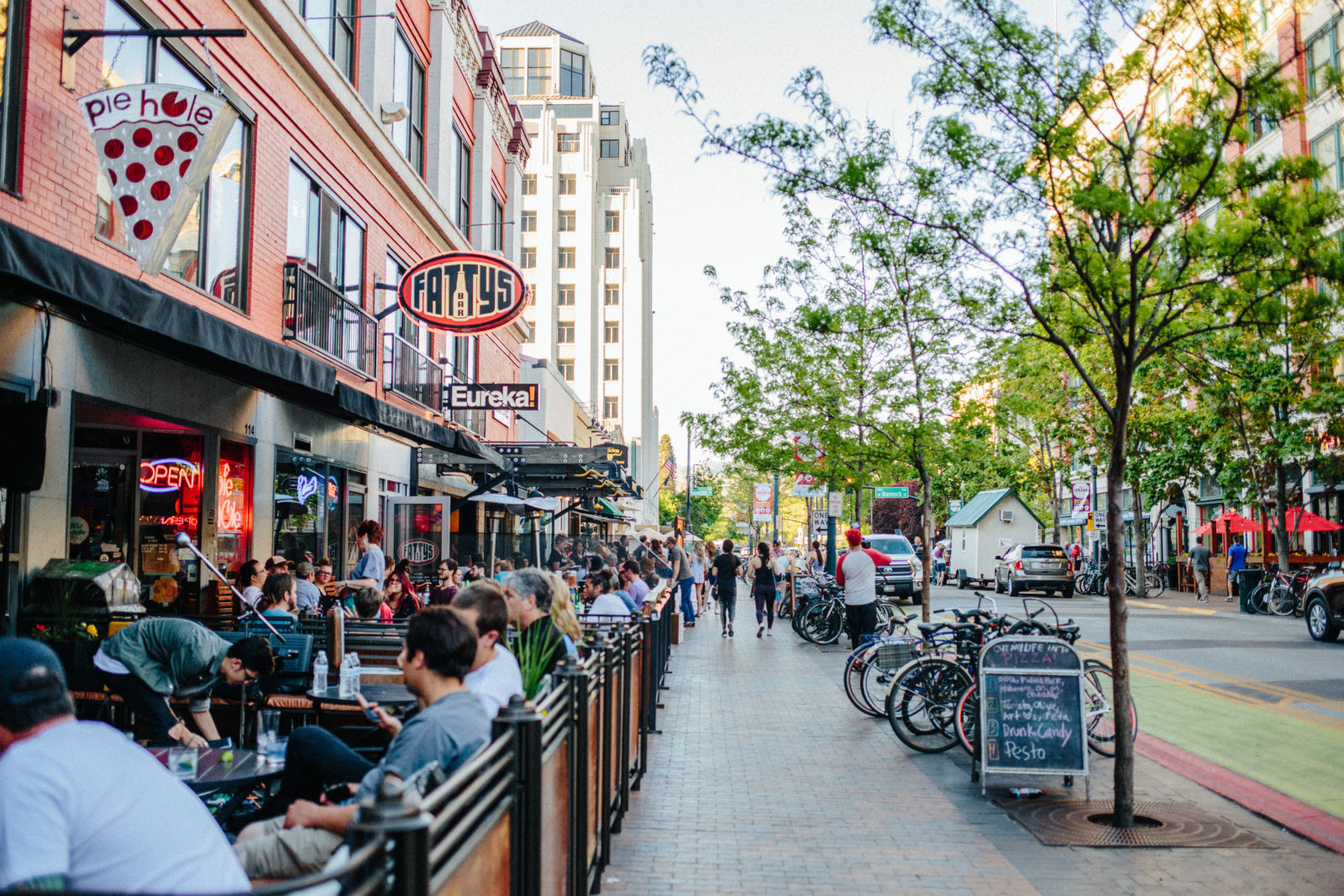 6 Things to Do in Boise, ID 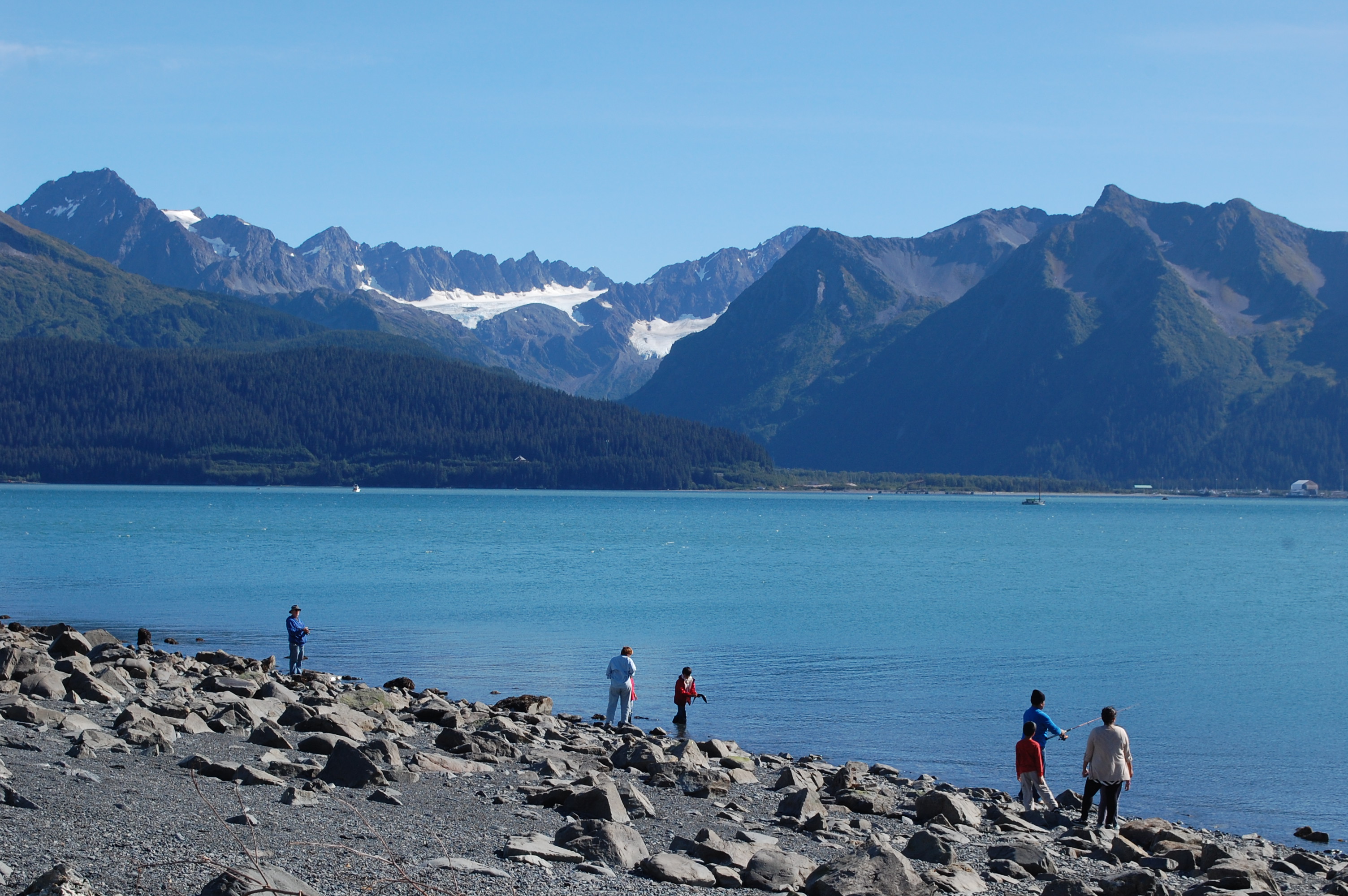 "Alaska Starts Here" is the motto of the small town of Seward, Alaska, located on the Kenai Peninsula. With a population of a little over 3,000 it seems like a bold claim, but this coastal community truly delivers, giving visitors the chance to experience all the nature, sports and excitement that Alaska has to offer, with lodging under $200/night. Here, five ways to enjoy Alaskan pursuits in Seward. 1. GO FISHING Alaska is home to some of the world's best fishing spots, and in Seward the waters are teeming with Pacific salmon, lingcod, halibut, and rockfish. Beginners, experts, and all kinds of fishing enthusiasts in between can join a guided fishing tour to some of Seward's top fishing spots. Spend a calming day fly fishing for salmon at the Ptarmagin creek as they migrate to and from Kenai Lake or catching fish for Sockeye on a drift boat in the Kenai River. From guided saltwater or freshwater charters to share fishing you can do it all here. Tour companies provide necessary supplies along with professional guidance, and then lead you to some of the region's most plentifully lakes and rivers. 2. TRY DOG SLEDDING Get into the Iditarod spirit by partaking in one of Alaska's greatest traditions; the sport of dog sledding. In Seward, you will learn that there's more to dog sledding than just a team of fast dogs. There's strategy, training, and endurance required to become a winning dog sled team. Feel the excitement as your sled team steadily trots through the Alaskan terrain while learning the commands "Gee" and "Haw" to signal turns to the team of dogs. At the Turning Heads Kennel in Seward, the home of Iditarod musher Travis Beals, not only can you meet the athletes (both dog and human) but you can also reserve a dog sled ride for as low as $69. 3. TAKE A CRUISE OR BOAT TOUR Since Seward is surrounded by the Kenai Fjords National Park, there are plenty of chances to observe Alaska's natural wonders. For a great overview of the Kenai Fjords, hop aboard a day cruise and spend a thrilling day at sea, searching for marine wildlife, gazing upon glaciers, and learning about the history of the fjord and the Alaskan Bay. With Major Marine Tours you can choose from a variety of boat tours including whale watching, national park tours, and wildlife cruises, with prices ranging from $94 to $239. All cruises offer snacks on board with some of the longer full day cruises including a deli lunch. 4. GO HIKING Alaska's picturesque landscapes and wild nature attracts outdoor buffs and adventure seekers from around the world. Whether exploring the forests, climbing mountains, or navigating around rivers and lakes, hikers enjoy the unique outdoor challenges, some of which can only be discovered in Seward. One of the most stunning hikes is to Exit Glacier with trails leading to multiple vantage points around the glacier, including a trail accessible to those with disabilities. Trails lead to right beside the glacier where visitors can experience the massive blue wall of ice, listening to its thunderous cracks as Exit Glacier slowly inches down to the Resurrection River from the Harding Ice Field. You can hike there on your own or join one of Seward Windsong Lodge's guided walking tours for $48 to learn more about this glacial environment from a naturalist guide. 5. ENJOY FINE ALASKAN CUISINE There's never a shortage of fresh seafood in Alaska, especially in Seward when the Kenai River and Copper River, two main sources of Alaskan salmon, are close by. At the Seward Windsong Lodge's Resurrection Roadhouse, chef KC Loosemore uses minimal ingredients to create exquisite dishes. Utilizing the region's abundance of fish, chef Loosemore creates delicious dishes such as Seared Alaskan Halibut on a bed of toasted Alaskan-grown barley couscous dressed with arugula, lemon, golden beets, and goat cheese, an Alaskan-caught salmon filet with seasonal vegetables, fennel-arugula salad, and warm herbed quinoa, as well as a variety of favorites including fish and chips and burgers.For more information visit the Seward Chamber of Commerce and Visitor Center.