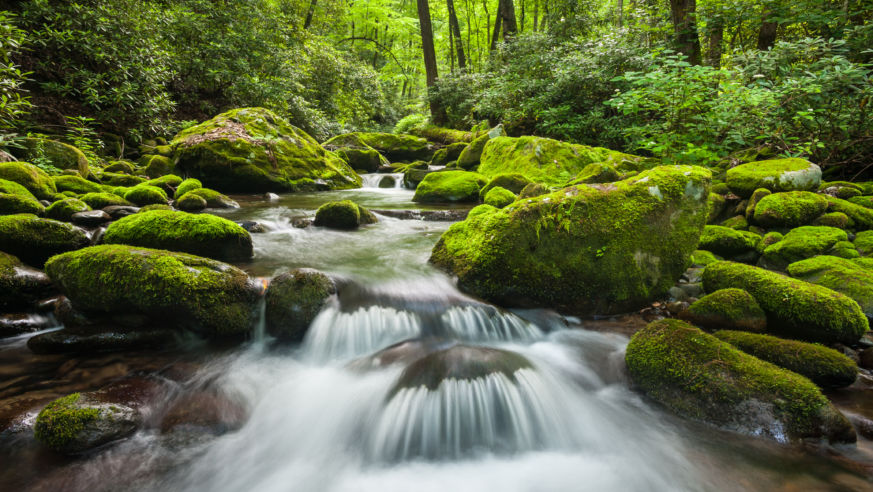 Affordable, gorgeous, and awaiting your 2018 travel plans, here are the most popular national parks from sea to shining sea.

The National Park Service has released its Annual Visitation Highlights for 2017, and as always we’re finding travel inspiration in its listing of the most visited places in the system, which includes national parks, recreation areas, monuments, battlefields, and more.

Overall, the NPS welcomed more than 331 million visitors in 2017, falling just slightly short of breaking the record set in 2016. The two most visited NPS-designated areas were the 469-mile Blue Ridge Parkway running through some of the most beautiful countryside in Virginia and North Carolina, with more than 16 million visits, and the 82,000-acre Golden Gate National Recreation Area protecting ecologically and historically important lands around the San Francisco Bay Area, with more than 14 million visits.

As for the most-visited national parks in America, the top 10 list remains fairly consistent year-to-year, and we heartily recommend a visit to at least one of these gems in 2018:

More than 800 square miles in North Carolina and Tennessee, Great Smoky Mountains (nps.gov/grsm) welcomed an estimated 11,338,893 visitors in 2017 to take the top spot. The park’s namesake mist, iconic Roaring Fork Motor Trail, abundant campsites, hiking routes that include a segment of the Appalachian Trail, and incredible wildflowers and fall foliage make this park one of the most beloved travel sites in the U.S.

What can we say about the Grand Canyon (nps.gov/grca) that hasn’t already been said? Encompassing nearly 2,000 square miles in the Arizona desert, with legendary lookouts, rafting in the Colorado River, and the sheer awe the vast canyon inspires, this national park drew an estimated 6,254,238 visitors last year.

This jaw-dropping park in the southwest Utah desert is movin’ on up, with Zion (nps.gov/zion) going from fifth place in 2016 to third place in 2017 with an estimated 4,504,812 visitors. We’re big fans of Zion’s nearly 230 square miles, offering camping, hiking, those iconic red cliffs, and an overall blissful vibe. (And, as a bonus, Utah boasts four other incredible national parks that are just a road trip away from Zion.)

Colorado really does have it all. In addition to its towering peaks (and peerless skiing), beautiful rivers, and range of wildlife, it’s also home to one of America’s favorite national parks. Rocky Mountain (nps.gov/romo), in northern Colorado, straddles the continental divide, delivers gorgeous aspen, bighorn sheep, endless trails, and much more, luring an estimated 4,437,215 visitors in 2017.

More than 1,000 square miles in California’s Sierra Nevada Mountains, Yosemite (nps.gov/yose) is iconic even to travelers who haven’t been there yet, with its giant sequoias, incredible waterfalls, and “stars” like Half Dome and El Capitan. Despite the floods and wildfires that plagued the state of California in 2017, Yosemite drew an estimated 4,336,890 visitors.

In Yellowstone (nps.gov/yell), “rush hour” can mean being stuck behind a herd of bison that has chosen just the right moment to cross the highway in the Lamar Valley and stop traffic for miles. Including portions of Montana, Wyoming, and Idaho, Yellowstone’s 3,400 square miles were the very first national park in the world, and with its herds of bison, families of grizzlies, geysers like Old Faithful, hot springs, and gigantic waterfalls, the park remains a favorite, drawing an estimated 4,116,524 visitors last year. (Yellowstone is also a road trip away from Montana's Glacier National Park and adjoins Wyoming's Grand Teton National Park; both parks made this year's top 10 list.)

For travelers who can’t decide between a mountain and a seaside vacation, Acadia (nps.gov/acad), nearly 50,000 acres on Mountain Desert Island, in Maine, obliges with both the highest peak on the East Coast, the crashing waves of the North Atlantic, forest trails, the charming town of Bar Harbor, and an array of wildlife that includes moose, black bear, and whales. In 2017, the park welcomed an estimated 3,509,271 visitors.

Experienced travelers (or, frankly, anyone who takes a quick look at a map) know that you can easily combine a trip to Grand Teton (nps.gov/grte) with a trip to neighboring Yellowstone. But Grand Teton’s 310,000 acres, in Wyoming, boast enough wonders to keep any visitor busy for days, with the jagged namesake mountain range, beautiful Jackson Hole, and incredible hiking, camping, and fishing. Last year, an estimated 3,317,000 visitors did just that.

Glacier (nps.gov/glac) happens to be my favorite and, not coincidentally, most visited park. Covering more than 1,500 square miles in northwestern Montana (and adjoining Waterton Lakes National Park, in Alberta, Canada), Glacier offers the legendary Going-to-the-Sun Road, which takes visitors up to the continental divide, at Logan Pass, where you may find snow in July (and sometimes even in August), and the uncanny mountain goats that make this rocky terrain their home. Don’t miss canoeing on Lake McDonald, hiking the old-growth Trail of the Cedars, and stargazing with a ranger on select evenings.  While I was not one of the estimated 3,305,512 visitors in 2017, I’ll be back as soon as I possibly can.