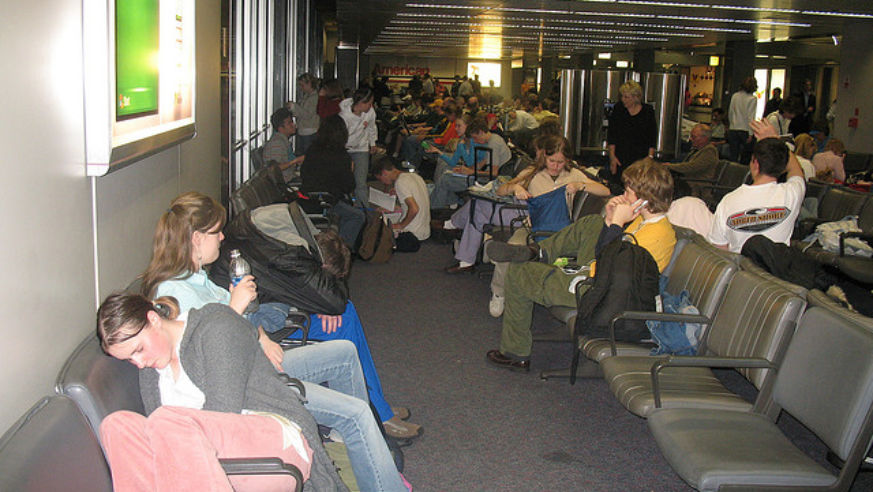 Were you caught up in any of these delays caused by disruptive natural events?

You don't have be in one of the zones damaged by the storm to be feeling Sandy's effects. Air travelers have been hit especially hard. The New York Times reported this morning that 19,500 flights have been suspended and the airports are still not up and running at full capacity (JFK and Newark are open for limited flights; LaGuardia remains closed). Even one of our editors was affected and is currently stranded in San Francisco. The airline industry stands to lose $100 million from this event.

Out of curiosity, I reached out to FlightStats.com to see where Sandy ranked among natural events in terms of flight delays. They went into their data archives as far back as 2005 to give us the most disruptive weather events of the last decade.

In terms of percentage of flights cancelled, Sandy is the second worst storm since 2005. It ranks behind the Icelandic volcanic ash cloud, which grounded over 65 percent of flights in April 2010. The New York Blizzard was third on the list, grounding over 16 percent of flights back in the December of 2010. Interestingly enough, Hurricane Katrina only grounded 2.45 percent of flights, probably because New Orleans is less of a travel hub than the New York/New Jersey area. Of course, the numbers for Sandy may change over the coming days as fliers continue to experience delays.

In order, the natural events that caused the worst flight delays:

If you're still struggling to get home, read our advice on how to navigate the delays. Have a story to tell about your travels during the hurricane? Tell us here.