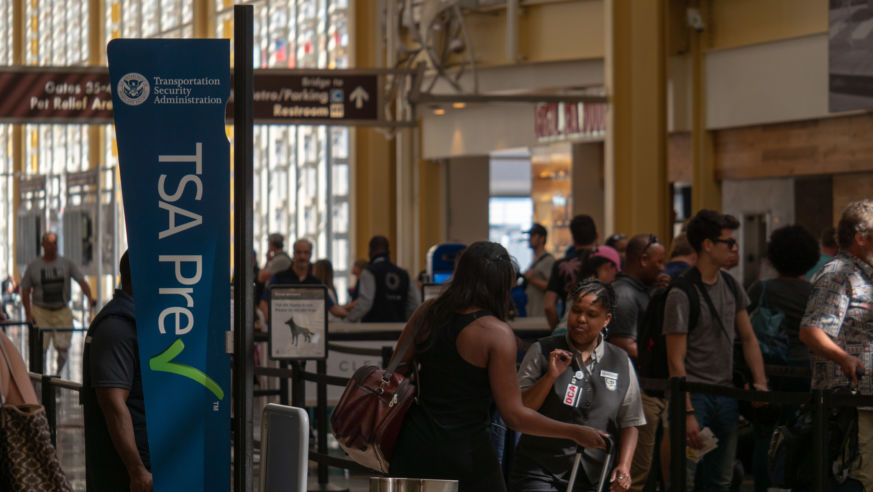 TSA PreCheck is one of the best ways to turn airport security into a quicker, more pleasant experience.

New Yorkers hoping to apply for Trusted Traveller programs are going to have to wait, as the federal government has temporarily barred all New York citizens from applying.

The Trump administration’s Department of Homeland Security (DHS) announced on Wednesday that New York residents would be temporarily barred from applying for Trusted Traveller programs, such as Global Entry and TSA Pre-Check, that allow people to apply for pre-clearance to pass through expedited security when returning the country from abroad. The ban is only for new applicants and is not expected to affect people who have already been approved by these programs.

The move comes as a reaction to New York’s recently passed Green Light Law, which prevents immigration agencies from accessing New York’s Department of Motor Vehicles databases without a court order from a judge. New York legislators see the bill as a way to provide privacy protections for those that have state-issued driver’s licenses.

Acting Secretary of Homeland Security, Chad Wolf, who has not yet been confirmed in his position by the United States Congress, said in a statement to the New York Times that “Although D.H.S. would prefer to continue our longstanding cooperative relationship with New York on a variety of these critical homeland security initiatives, this act and the corresponding lack of security cooperation from the New York D.M.V. requires D.H.S. to take immediate action to ensure D.H.S.’s efforts to protect the homeland are not compromised.”

There is no available information on how long this ban would last for New York citizens. Budget Travel will keep you updated if and when we hear more.