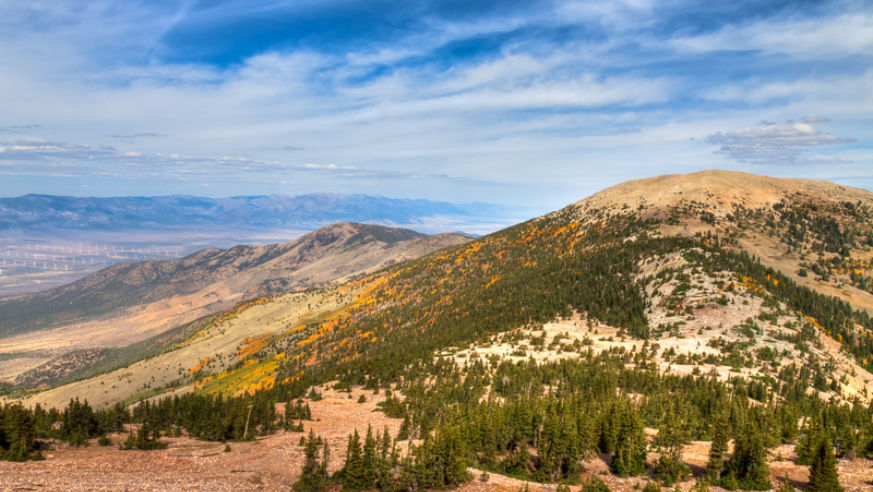 The RV-rental site names its picks for outdoor adventures in state and national parks alike.

In anticipation of 2019’s National Park Week, launching April 20 with entrance fees waived nationwide, RV rental site Outdoorsy (outdoorsy.com) has introduced digital guides to more than 40 national parks and a thousand state parks across the country. For Park Week inspiration and beyond, here’s where to look for an offbeat experience.

The State of Outdoor Affairs

National parks might claim most of the attention, but state parks deserve more than a passing mention. And Outdoorsy provides attention a'plenty. From the dramatically named—and deservedly so, given its blazing red-sandstone formations—Valley of Fire just north of Las Vegas to the idyllic waterfalls, caves, and lush plant life in New York’s Watkins Glen to the free-roaming bison of Custer, South Dakota, America’s often-smaller state parks highlight the diversity of our country’s landscape, not to mention its flora and fauna.

While the big guns like Yellowstone and the Grand Canyon will always hold a special place in our hearts, we have plenty of love for the National Park Service’s lesser-known gems as well. In addition to protecting unique areas from human encroachment, the system’s 400-plus sites include historic landmarks and places of cultural significance—think: John F. Kennedy’s birthplace and the library of Frederick Douglass, Native American effigy mounds in Iowa and ancient Pueblo architecture in New Mexico, the birthplace of jazz in New Orleans and nearly 500 miles of planned roadway stretching between the Great Smokies and Shenandoah National Park. Outdoorsy’s picks for under-the-radar destinations include North Cascades and its 300-plus glaciers in Washington State, whale-watching and wolf-spotting in Alaska’s Katmai, and the islands, coral reefs, and marine life of the Dry Tortugas in Florida.