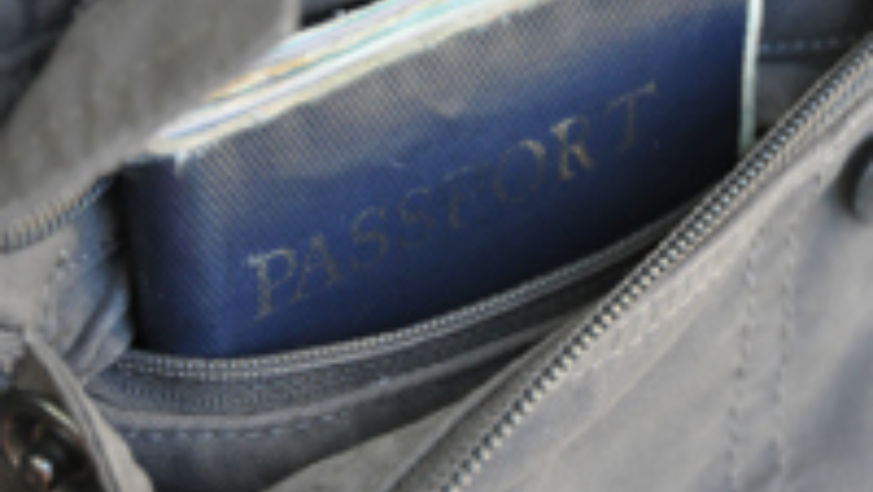 Budget Travel received a lot of smart and unexpected responses when we recently posted "Avoid Being Pickpocketed with These Tips."

Richard G. shared his sad story of how he was pickpocketed in Paris:

I was at a Paris Metro station some six years ago, and when the train door opened, I entered, and an elderly man standing inside had just dropped his ticket. Naturally, I stooped to help him retrieve the ticket, and when I arose, he had run out the door I entered in by. I called out, "Monsieur! Monsieur!" and I noticed a black wallet fall to the floor of the car as he departed. I called "Your Wallet!!" I looked again, disbelieving. It was MY wallet!

The 500 Euros I had just gotten from the ATM had been swiftly removed. All else was in place. The man had disappeared. Standees next to me looked away into the air when I pleaded with them to tell be what just happened. My front pocket must have bulged enough to advertise what it was, but thye thief was obviously trained in a ploy that was polished to an acrobatic act. It was my first day in Paris, and I was so discouraged, that if I hadn't booked for 5 days, I would have left. I was miserable the whole time.

It's terrible how pickpocketing can ruin a traveler's experience. But if we all share our strategies for avoiding pickpocketing, we can help each other out.

We're calling some of advice from readers that struck as as particularly smart and helpful.

I highly recommend PacSafe and Travelon bags. Zippers clip or lock shut, making it harder to get inside, and they have steel mesh under the fabric and steel cables in the straps. The purses are stylish and have locks that allow the purse strap to be locked to a chair arm or table leg so they can't be snatched. The straps can be adjusted long enough to be worn cross-body. I also use a money belt. If you're carrying a small day pack, you can use small locks on the zippers.—Judi Daunell

Great idea, Judi! The respected editor of the Practical Travel Gear blog, Tim Leffel, has recommended PacSafe bags for years. Some months ago, Leffel praised the Venturesafe 200, from $35 on Amazon.

Another fine luggage maker with decades of experience is Travelon. As always, be sure to comparison-shop online for the best prices at major travel shops, such as Magellan's, Orvis, and TravelSmith.

I agree with Judi's advice to use small locks on the zippers of your day pack. I know someone who had her wallet stolen out of her leather pack while touring in Beijing. You may not look as fashionable with locks on your pack, but it is better to make yourself a more difficult target for thieves.

When I first met one of the Canadian government counsular staff in Berne, Switzerland for lunch, the first thing she asked me, Where is your passport? After I reassured her my passport was in my money belt under my pants, she told me even in "safe" Berne, Switzerland many Canadians were often surprised to find their passports and wallets pick pocketed.—Mika

By the way, we seem to keep talking about bags, but for people who prefer not to carry bags there are other options. In 2011, Clothing Arts began selling cargo pants called "P^cubed Pick-Pocket Proof Pants." It's loaded with covered zippers and a hidden passport/money pocket, and pockets large enough to store smart phones and digital cameras. The twill fabric is coated in Teflon to resist stains, which may explain the high price of $110, plus tax and shipping. The pants' designer Adam Rapp says he has sold about 2,000 pairs since last autumn, with positive feedback so far.

I recently visited Barcelona, which is supposed to be full of pickpockets. I had no trouble as I bought a cheap zippered wallet and attached one end of a pocket watch chain (about 8 inches long) to the zipper pull of the wallet and the other end to a belt keeper on my trousers. I kept the wallet in my front pocket, and the chain was long enough to permit the withdrawal of the wallet when needed. Local shop keepers said this was a great idea.—Alan M.

Thanks, Alan! It's important to underline that you don't need to buy expensive products to travel safely and happily. All it takes is a bit of cleverness. For people who prefer to buy something ready-made, there's the Civilian Lab Duo Lossless Wallet, from $38.

Having lots of little locks on your day pack can make it rather heavy. Instead, use the tiny screw-gate carabiners that are sold as key holders. The screw gate makes them difficult to open quickly or without notice, yet have almost no weight.

Be sure locked bags left in your rooms do NOT have the self-healing nylon zippers... A thief can can simply pry open the teeth on the bag, take whatever they want, then by sliding the zipper back and forth, 'heal' the break-in. You'll never know there was a theft until you open the bag and check.

PacSafe makes a small lockable pouch that you can use for your extra cash, traveler's checks, and passport when locking them in the hotel/guest house safe. Hotel employees may have access to the inside of the safe, but not to your personal belongings.

I happen to prefer to carry my wallet in my back pocket so I made some changes to my clothes; I added a velcro closure to that pocket, and a chain to the wallet. I also sewed in a 'second' front pocket, inside the first, with a Vecro closure. I keep my 'walk around' cash (pocket money?) in that pocket so I don't have to go to my wallet as often.

Despite 20+ years of wandering the streets of S.E. Asia, I have never lost a thing! —Steve

I put a medium sized safety pin over the zipper of my handbags to make pickpocketing less easy. You can use the a bigger safety pin on the backpack too. My husband and I travel a lot to S.E. Asia and Europe. The only time I got pickpocketed was inside a bank at the ATM line in Frankfurt, Germany 3 years ago. I had the safety pin removed so that I could get to my card easier.—Erin

It's ironic that Erin was robbed where she least expected it. But it's often precisely when we feel we can let our guard down that we're at our most vulnerable. The best plan is to have one or two simple habits and use them at all destinations routinely, don't you think?

Only place for wallets & passports is in neck pouch tucked inside your shirt. I've also had no trouble with zippered pockets on the inside of a jacket.

The only safe way to carry a ladies handbag is to have one with a THICK leather strap. Sling it over one shoulder and under the armpit of the opposite arm with the clasp side against your body.

Have some fun with pickpockets. Get a cheap wallet at a thrift store, stuff it with newspaper cut to bill size, and put in your hip pocket, or do what I did on St Petersburg Metro. I left the padlocks off the zipper on my backpack that has 4 zippered compartments. Zipped them all up.

Back pack was empty. Everything was in the neck pouch. Rode up an escalator in a metro station & at the top, every zipper was open.—Keith Baker

Hilarious, Keith. And fantastic advice, too. Thanks for sharing.

We really appreciate hearing from you, because the art of traveling trouble-free, like the games Sudoku and Angry Birds, takes time and expertise to master. Thanks for your comments!

Avoid Being Pickpocketed with These Tips (17 comments)

Video: How Safe Is Your Hotel Room Safe? (50 Facebook likes)

Luggage Theft: A Couple May Have Stolen Nearly 1,000 Bags from an Airport (9 comments)