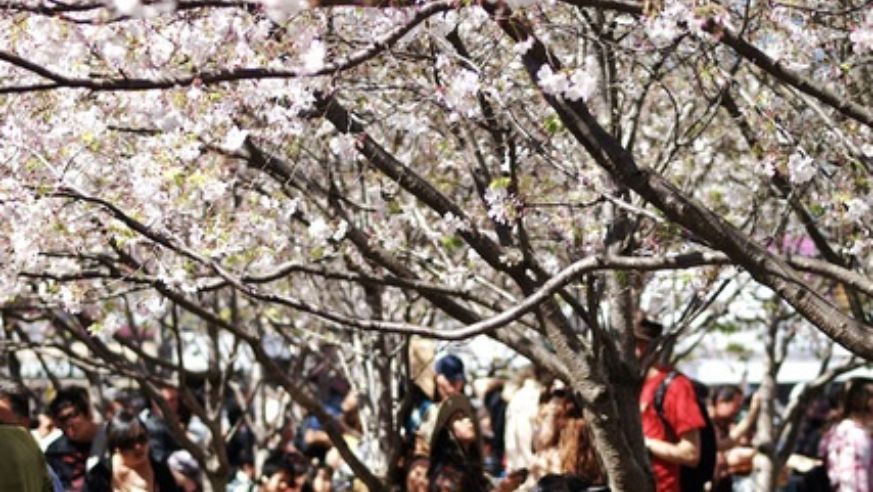 Spring is blooming in San Francisco! These are five things on our calendar this month:

Last Gasp, an underground comic book publisher, is celebrating 40 years of alternative art and literature with a party Thursday. The show will feature the artwork of some 50 artists, including Robert Crumb, Ed Hardy, and Mark Ryden, representing what they call "the haut monde of lowbrow." There will also be readings by writers including the legendary poet Laureate Diane DiPrima. The party will go late at 111 Minna, a downtown spot that's part gallery, part night club, part bar—and worth a visit no matter when you're in town. April 1, 6 p.m.-late, free, 111 Minna Street, 415/974-1719. 21+ older.

The Sisters of Perpetual Indulgence party

Opening April 3, the new exhibit at the California Academy of Sciences brags the "Biggest, Smallest, and Most Amazing Mammals of All Time." Featuring both live animals and reconstructions of extinct species, the exhibit allows you to meet beavers the size of grizzly bears, the minuscule, mole-like Batodonoides, and the Indricotherium, the largest land mammal ever discovered (thankfully, he's not one of the live animals). Adult tickets are normally $25, but take advantage of free admission on April 21, the third Wednesday* of the month. Mon.-Sat. 9:30 a.m.-5p.m., Sun. 11 a.m.-5 p.m., 55 Music Concourse Drive in Golden Gate Park. 415/ 379-8000

*Corrected: We originally had the wrong date here. Our apologies!

Every now and then the San Francisco Symphony offers $20 tickets to see live morning rehearsals. It's a chance to hear the award-winning orchestra and get a behind-the-scenes peek. This month, Jeffrey Kahane will be conducting two of Mozart's later symphonies, Haffner and Jupiter as well as Mendelssohn's Piano Concerto No. 1. Come at 8:30 a.m. for complimentary coffee and donuts, followed by a half-hour talk at 9. The performance/rehearsal starts at 10. April 21, Davies Symphony Hall, 201 Van Ness Ave, 415/864-6000