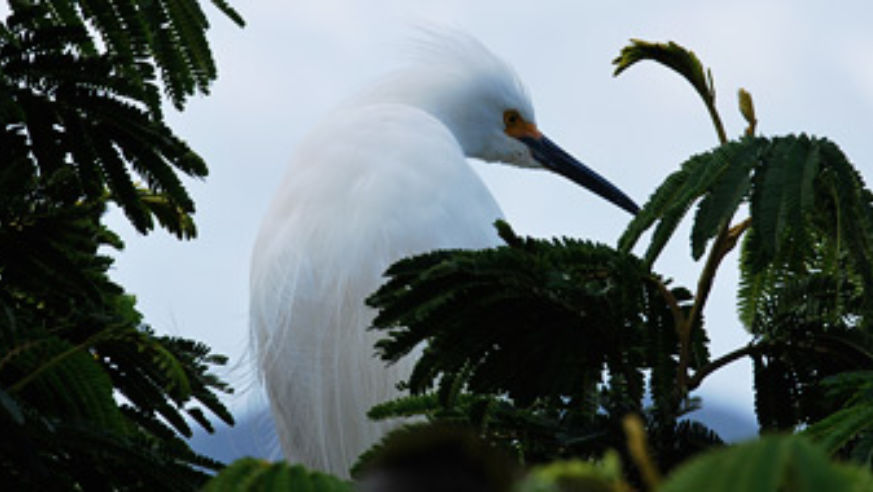 The Agave nature trail at Alcatraz

The half-mile Agave walking trail on Alcatraz island, which is closed for most of the year for the bird-nesting season, just re-opened. Take advantage of the great southerly views of the city and rare glimpses of the island's birds (including the snowy egret, pictured) and tide pools. The trail is named for the spiky agave plants that were planted to keep invaders off the island (and later made it hard for prisoners to escape). The trail starts just south of the Ferry Dock. $26 ferry ticket.

New businesses keep popping up in Dogpatch, a waterfront neighborhood just below Potrero Hill that's often overlooked by visitors. But the Discover Dogpatch street fair is a perfect opportunity to see all the nabe has to offer. There will be lots of indie arts and craft stands—including Botany Factory's incredible terrariums—as well as pies galore thanks to a pie-baking contest. And be sure to grab a scoop of Mr. and Mrs. Miscellaneous ballpark ice cream made with beer, peanuts, chocolate, and pretzels, in honor of the Giants World Series win. Sunday, 11 a.m.-4 p.m., 2325 3rd Street, free.

Founded in 1970 by a group of Chicano artists and community activists, Galeria de la Raza is an international cultural icon and a key element of San Francisco's rich Latino culture. The Mission district gallery is celebrating its history with a 40th-anniversary retrospective of its renowned Latino and Chicano art. Make sure to check out Rio Yanez's "Ghetto Frida," a huge comic-book-style mural outside the gallery, depicting Frida Kahlo in '90s "chola" gear at spots around the Mission. (see an interview with the artist here) Through Jan. 29, 2011, 2857 24th Street, free.

The second set of post-Impressionist paintings on loan from the Musee d'Orsay is now on display at the de Young. The exhibit features work by such marquee names as Claude Monet and Auguste Renoir, and a highlight is Van Gogh's works, including the famous Starry Night Over the Rhone and Bedroom at Arles. The de Young is the only North American museum to feature this must-see exhibit and is hosting extended hours to handle the fans. (last tickets sold at 7:30 p.m.) Golden Gate Park, 50 Hagiwara Tea Garden Drive, tickets $21 (includes general admission). Bring your bus transfer pass for $2 off.

Lawrence Ferlinghetti's beat-generation landmark bookstore, City Lights, is hosting Subterranean SF: Harboiled Fiction with an Edge, a speakeasy-themed event at an undisclosed location in the city. Two "darkly inspired" crime writers, Jim Nisbet and Sin Soracco, will read from their new San Francisco-based books, and drinks will be served (naturally). To find out the location, stop by the bookstore and ask for the black envelope, which contains an invitation, map, and "navigation instructions." The store is giving away the invites for free, but on a first-come, first-served basis through November 15, so stop by early. Event details: November 18, 7 p.m. 21 and over only