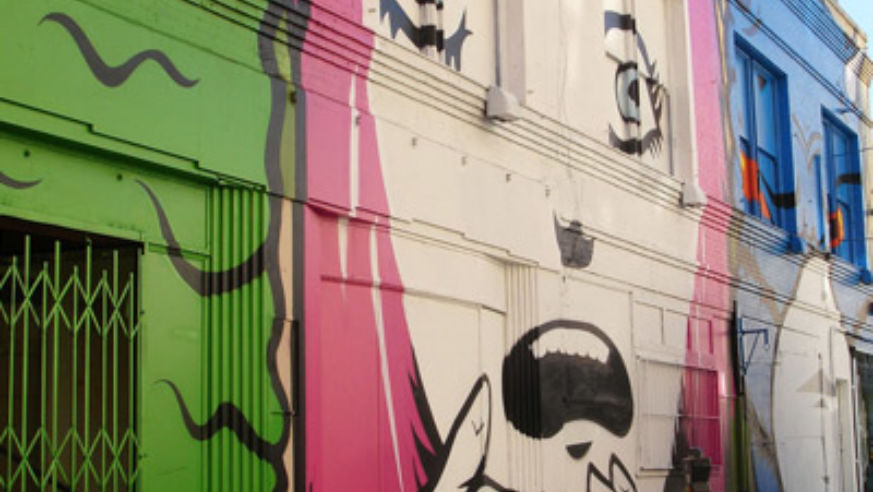 Courtesy beckysnyder/Flickr
Murals in the Tenderloin

The city of San Francisco recently announced plans to make the Tenderloin, a gritty neighborhood west of Union Square, a "Reality Tourism" destination. The 'hood was recently listed on the National Registry of Historic Places.

The new tourism campaign will highlight historical spots like the Hyde Street Studios, where the Grateful Dead and Jefferson Airplane practiced, and the Cadillac Hotel where Muhammad Ali trained—it'll be the future home of a Tenderloin museum, featuring historical exhibits about everything from jazz to the gay rights movement.

All too often visitors are warned to stick to Union Square and avoid the nearby 'Loin—stretching roughly from Taylor to Larkin streets between Turk and Post streets—due to the high number of homeless people, single-room-occupancy hotels, and less than sparkling streets. But let me point out that every big city has its share of petty crime, and, while you should always be street-smart, the Tenderloin can look scarier than it really is. Plus, if you skip it, you'll miss out on the many fantastic restaurants, galleries, shops, and nightlife spots that are only blocks from downtown. These independent small businesses were popping up before the recent revitalization announcement and present more local flavor than you'll find among the chain stores near Powell.

So, be brave, travelers! To get you started, I've listed four of my favorite spots to explore:

Eat:Farm Table, the tiny new breakfast and lunch spot located on the edge of the Tenderloin, serves strong coffee and a changing daily menu, which is posted on Twitter. Breakfasts include toasts with toppings like figs, walnuts, and honey, and soups, salads, and sandwiches at lunch, like a smoked paprika chicken salad or fava, asparagus, and mint soup. A great place to fortify yourself before trekking the 'hood. 754 Post Street, 415/ 292-7089

Shop:Kayo Books, one of John Water's favorite San Francisco shops, offers a huge selection of vintage pulp fiction, hard-boiled mysteries, and dime-store novels from the 1940s through the 1970s, including rare editions by Dashiell Hammet and Ed Wood. 814 Post Street, 415/ 749-0554

Browse:Shooting Gallery features the work of up-and-coming "low-brow" artists that have a heavy focus on street art and comic books. Check out an upcoming show by manga and graffiti-inspired British artist Hush. Saturday, May 1st, from 7-11 p.m. 839 Larkin

Drink:Bourbon and Branch, a Prohibition-style cocktail lounge in a former speakeasy, is akin to New York City's trendy Milk and Honey. There are house rules for quiet conversation, and a password is required for entry (it's "books"), not to mention stellar cocktails featuring fresh ingredients, and, no surprise, lots of high end whiskeys. It has been rated by Esquire as one of the top bars in America. It's pricey—drinks start at around $10—but worth it. Reservations required. 501 Jones Street, 415/ 931-7292.