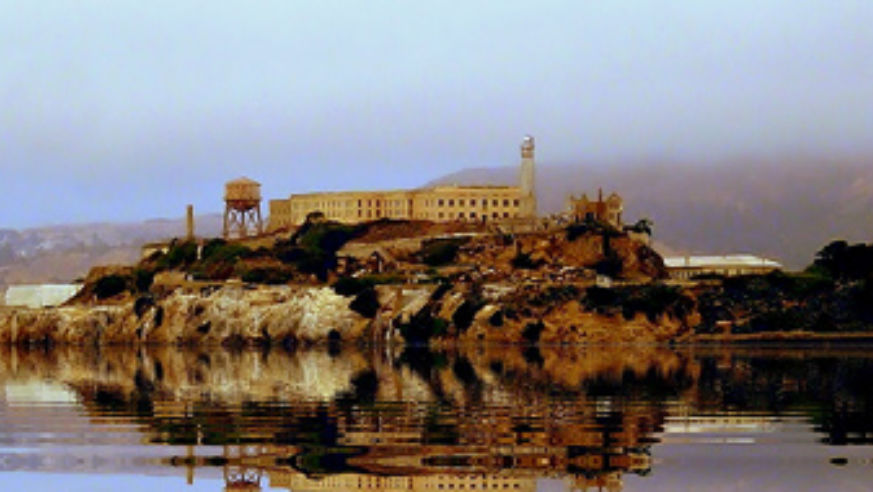 Alcatraz Island—the infamous former prison that was home to inmates such as Al "Scarface" Capone, and "Birdman" Robert Stroud—is a huge part of the Bay's landscape. If you've been to San Francisco, you probably have a stunning photo of the island from afar.

But if standing on Fisherman's Wharf for a photo op isn't enough, try an Alcatraz tour to get up close. Alcatraz Cruises, the island's only tour operator, offers three types of tours, starting at $26 for adults ($16 for kids ages 5 to 11). All tours pick up and drop off at Pier 33, just off The Embarcadero and near other marquee attractions like Pier 39 and the Aquarium of the Bay.

Here are our handy tips for getting the most of your Alcatraz tour:

Plan to buy tickets at least several days in advance—they're actually available up to 90 days out. You can buy online at alcatrazcruises.com or by calling 415/981-7625. Cruises almost always sell out, especially in the busy summer season. Allow two-and-a-half hours for the visit.

Touring Alcatraz at night is a great way to see the lit-up city skyline—and the dark makes the prison extra spooky. The night tours (from $33, Thursdays-Mondays) have smaller group sizes and include extras like a personally narrated boat tour around the island and guided tours from the dock to the main prison building.

Wear comfortable shoes: The quarter-mile walk to the prison is a steep climb of about 13 stories, and you'll be on your feet during the whole tour. Note: There are golf-cart transportation options for the disabled.

Also bring a jacket or a sweater: Even when temperatures are warm, the island gets chilly because of the water and wind. And don't forget sunblock!

Ticket purchasers, even those who print out their tickets at home, need to bring their photo ID.

You can bring food to eat at the dock, but beyond that, food isn't allowed, and there isn't any for sale on the island. But bottled water is allowed everywhere.

Get an early start: The 9 a.m. tour is the least crowded. Alcatraz is popular enough that it sells out regularly, but you might see fewer people in the middle of the week.

The island is actually a haven for colonial nesting seabirds. Especially during the late winter and in the spring, you could spot cormorants, pigeon guillemots, and waterbirds like snowy egrets and black-crowned night herons. But beware—many guests get a "white badge of honor" courtesy the seagulls, and late June brings the nesting season, which makes the island a little smelly.

The audio headset tour, featuring the voices of former Alcatraz guards and inmates, is highly recommended and included with all tours. Hear stories about escapes, surviving solitary confinement, and sound effects of the cell doors.

For iPhone owners, you can also download the Geoki Alcatraz Tour App ($1.99) which features an audio tour as well as photos and videos.