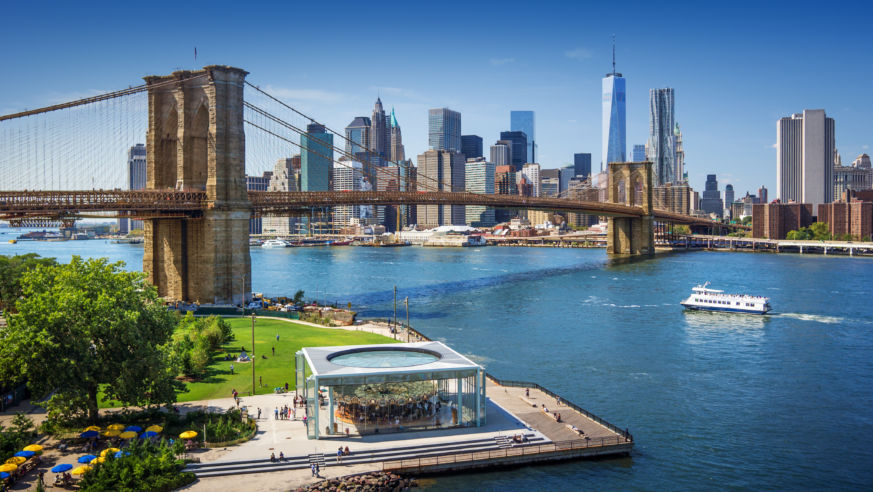 After the onslaught of travel that defines November and December, January is a notoriously slow month for the hotel industry. It’s a challenge that restaurants face, too, so as a solution, cities like Chicago, New York City, Santa Monica, Kansas City, Asheville, and Oakland offer Restaurant Week, when you can get three-course prix fixe meals at a wide variety of restaurants for a jaw-dropping price. Nancy Friedman took her cues from that movement when she launched Hotel Week NYC in 2012. This year’s takes place from January 5 through 15.

New York is the leading American city for hotel construction, Friedman says, with 55 projects in the works, which translates into nearly 140,000 rooms. Bargain hotel rates aren’t impossible to find in Manhattan on any given day, but Hotel Week offers some pretty exciting steals, mainly because most of the 17 participating hotels are independently owned boutique hotels, the kind that garner attention because of their singular design focus or special amenities.

In fact, part of what makes Hotel Week exciting is that it features hotels that are experiences in and of themselves. To whit: a night in the Library Hotel near Grand Central Station, which features books of a different category of the Dewey Decimal system on each of the ten floors, is yours for a cool $200. Same goes for Hotel 50 Bowery, which boasts a lively lobby restaurant with food by “Top Chef” competitor Dale Talde and a rooftop bar with knockout views; the Gansevoort in the Meatpacking District, which features a heated rooftop pool (yes, it’s open in the wintertime) and a lively bar that's popular among locals; the centrally located, ultra-stylish Refinery Hotel, which is designed to winkingly play up the building’s former incarnation as a hat factory; and the James Hotel, part of the super-chic and elegant James Hotel—NoMad. And that’s just to name a few.

AN AFFORDABLE STAYCATION FOR NEW YORKERS

As far as Friedman sees it, in addition to catering to the countless tourists that visit, Hotel Week is a prime opportunity for locals to indulge in a staycation. “There isn’t anywhere you can find 24-hour entertainment that’s as enjoyable and relaxing as staying in a hotel. No better vacation than getting out of house and having someone make your bed, you don’t have to clean up and it’s okay to throw your clothes on the floor. They you can go down for a drink at night or breakfast in the morning and you don’t have to prepare a thing.”