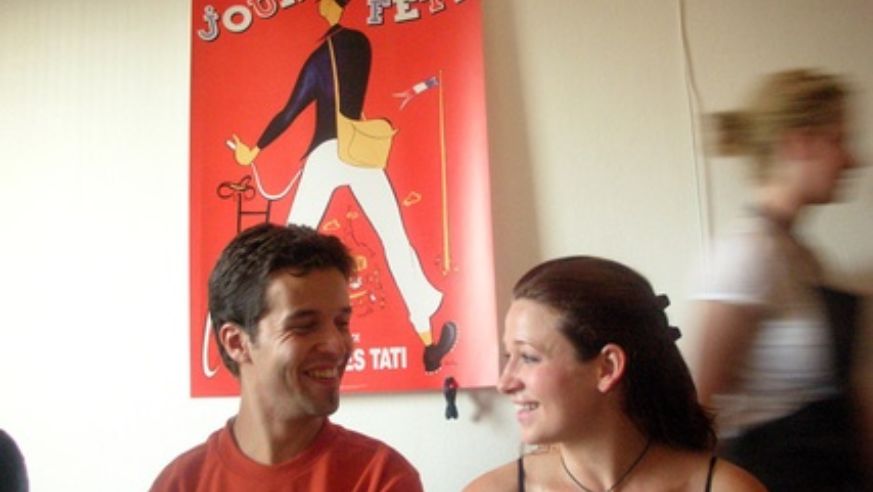 The modern speakeasy is no longer a smoky den of ill repute. It's simply a haven for those who like their gastronomy just a little bit under the radar. Underground restaurants have been popping up in recent years around the world, most notably in San Francisco, Buenos Aires, and Berlin. In Paris, the two speakeasies that have caused the most buzz both happen to be run by Americans.

Hidden Kitchen
Two young American cooks arrived in Paris last year with the dream of hosting a short-term series of speakeasy-style dinners. Calling their project a "dinner club" in order to avoid regulation, Braden and Laura quickly became the talk of the local food scene. Mainstream journalists followed bloggers, and Hidden Kitchen soon became one of the city's most sought-after reservations.

I scored my own seat by making a reservation at their web site, hkmenus.com. Confirmation came immediately, along with a series of ground rules: The menu would offer no choices, but I could alert them to any strong preferences. The location would be disclosed by email shortly before the date. My only hesitation was over the price—a "suggested donation" of €80 ($100) per person. That's more than I usually spend, but this was a special occasion (my boyfriend's birthday), and the price included wine pairings for each of the ten dinner courses.

Also included in that price was the fun of meeting some really interesting people. We shared a large table with a cast of cookbook authors, film people, and in-the-know travelers. English was the common language diners used to express their excitement over Braden and Laura's stunning central apartment and (of course) the food.

On this night, that food included mackerel with red and white grape salad, seared tuna with sweet and sour broad beans, a modern take on bangers and mash, meltingly good posole with buttermilk onion rings, and pear bread pudding, among other dishes.

Plates were small and artfully arranged, and each was paired with its own special wine. The conversation flowed as easily as the drinks, so much so that I was surprised when the clock struck midnight. Espresso and homemade petits fours gave me the strength I needed to leave, all the while resolving to come back again.

I've been dying to eat at the "crazy dogs' place" for years, especially since the publication of chef David Tanis's long-awaited cookbook, A Platter of Figs and Other Recipes. This is a man who, after working for 20 years at Chez Panisse, convinced Alice Waters to grant him six months' leave every winter so that he could escape to Paris. During these winter months, he and partner Randal Breski, formerly a maître d' at Chez Panisse, run an underground and irregular dinner club. In fact, dinners at Aux Chiens Lunatiques are occasional in the extreme, and unlike the Hidden Kitchen's easy-to-navigate website and quick response time, Aux Chiens' system is opaque and tough to sort out… I suppose it's a lot more like a real speakeasy in that respect. While I'm waiting for my reservation, I'd love to hear in the comments if any of you have had the pleasure of actually eating there.