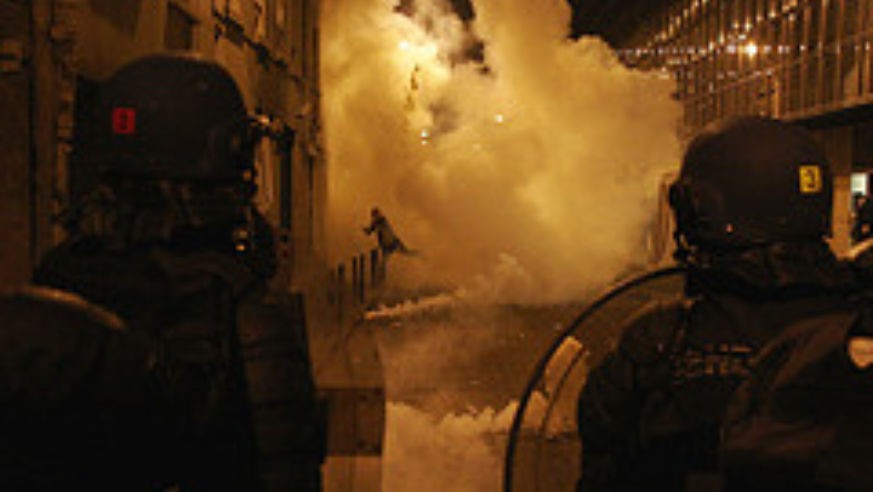 Many blogs have been on fire with the story of two travelers, Christy and Jim Boswell, who complained by letter to Spirit Airlines about a three-hour flight delay in Orlando. The couple asked for compensation because they missed a concert in Atlanta. The couple wanted to be reimbursed for their $73.60 airfare, plus their hotel room, concert tickets, and airport parking--for a total of $376.84. They argued that an unusual level of compensation was required because of the particular way that they and other passengers were poorly treated by Spirit's employees during the delay. (Full email reprinted below.)

The airline offered $200 worth of vouchers for free future travel.

The couple was still unhappy and sent Spirit Airlines an email, which was forwarded to the CEO Ben Baldanza, whose response went back to the couple, along with fellow Spirit employees. Here was what he wrote:

"Please respond, Pasquale, but we owe him nothing as far as I'm concerned. Let him tell the world how bad we are. He's never flown us before anyway and will be back when we save him a penny."

The couple was surprised by this email. Christy sent the CEO a response to ask why he sent the e-mail. She never heard back, according to this interview in the Orlando Sentinel.

This story has been posted on several blogs, starting with its first appearance on Alex Rudloff.com and then on Gadling, Today in the Sky, The Consumerist, Jaunted, Upgrade: Travel Better, and Rick Seaney.

All of those blogs have taken the Spirit CEO to task for his attitude toward his customers.

Above: One way to approach to complaints from customers. Photo: Nocturnales, Flickr and Creative Commons.

Related: A passenger on Delta Flight 6499 strikes back.

If you're curious, the full email exchange is posted below:

Please respond, Pasquale, but we owe him nothing as far as I'm concerned. Let him tell the world how bad we are. He's never flown us before anyway and will be back when we save him a penny.

As first time Spirit Airline customers, we would like to inform you that we found the entire experience to be completely and utterly dissatisfying. Our biggest complaint stems from the delay of our flight on August 14, scheduled to leave Orlando, Florida at 4:40 pm and land in Atlanta, Georgia at approximately 6:13 pm. As we were waiting to board the 4:40 pm flight, an announcement was made at approximately 4:00 pm that the flight would be delayed and the new estimated departure time was 6:00 pm. The entire time that the flight was delayed, there was never an update made to the flight status board at the gate and whenever customers would inquire about the status of the flight to the gate attendant, they were informed that "as soon as we know something, you will know" in a very rude manner. Finally, the flight arrived at our gate at approximately 6:30 pm, well after the time that we were originally told was the new departure, and our flight left Orlando at approximately 7:15 pm.

When we landed and arrived at the gate to de-board in Atlanta at approximately 8:45 pm, the pilot informed the passengers that we were a few feet away from the gate and had to wait for an Atlanta airport Supervisor come unlock the gate door for us. He made it a point to inform us that this was not Spirit's fault (even though our flight was arriving almost 3 hours late). After waiting in the plane on the ground for another 20 minutes, we were finally able to de-board the plane when the Supervisor arrived.

It is understandable that flights are delayed at times, and for this reason, we booked our trip to Atlanta with ample time to get to the concert that we were supposed to attend on the night of August 14th even if the flight was delayed by up to an hour and a half. However, because the delay by your airline was so long and then there was the additional delay of getting off of the airplane, we missed the entire concert which was the sole reason we booked the trip to Atlanta. We had a hotel room that we booked in advance and stayed at the night of the 14th and there were multiple other expenses involved in this trip that turned out to be a colossal waste of time and money. To top matters off, the next morning, on our return flight with Spirit Airlines, that flight was delayed as well. The flight on August 15th was scheduled to depart Atlanta at 10:00 am and instead didn't leave until 11:00 am.

As I mentioned earlier, this was our first experience using your airline and we couldn't believe the poor customer service and flight delays. On multiple occasions, we observed your employees talking rudely to customers and just in general, exhibiting extremely poor customer service skills. My husband and I have flown other discount air carriers before and have never had the kind of problems we experienced with Spirit. Rest assured, that unless we are reimbursed for the costs of our wasted trip (including the missed concert and hotel expenses) we will be very diligent in spreading the word that Spirit is not an airline that we would ever recommend using. You can also be assured that this was the general sentiment among the passengers on board the flight on August 14th. We talked with numerous people who were missing important meetings, events, etc. and we also overheard several people indicating that that was the first and last time they will ever use Spirit Airlines.

Below we've listed all of our expenses associated with this trip and have attached receipts. Understanding that mechanical problems can unexpectedly cause delays, we still paid for our tickets, essentially entering into a contract, with the expectation that Spirit would get us to Atlanta in a reasonable amount of time. Obviously, your organization did not hold up the end of that contract.

Now, you must also understand this is not our first choice of contact with your organization. We would have preferred our 2 phone calls to Spirit customer service representatives to resolve the issue. However, as with our experience on the flights, this too was sub par. To further your understanding of our frustration, I have included my notes from each conversation with your customer service staff.

I called reservations and spoke with CSR Jamir, but only after a 15 minute and 37 seconds hold. (He told me he did not have an employee ID number and did not divulge his surname.) While Jamir was apologetic he was not empowered to make amends or remedy the situation. Instead, I was directed to write an email to customerservicer@spiritair.com and told a response would be given within 24 hours. As we ended the call, I asked him to note the time and my concern and Jamir said he would.

Contacted reservations 800 number again and this time was on hold for 10 minutes. CSR Elisha was polite, but again did not have the authority to make a decision to resolve the issue. Elisha gave me a new number to call for Customer Concerns. (954)447-7965

Upon calling the customer concern number I was placed on hold for 24 minutes. After the 24 minutes, I was greeted by CSR Sandy. (Again she was unable to provide a surname) She was patient at first, listening to my story about the concert, anniversary, etc. She told me she was sorry about the inconvenience and understood the flight was delayed 170 minutes. For our trouble, she would authorize a $100 voucher each for my wife and me. She told me there were guidelines and that I was lucky I got her instead of one of her colleagues because, presumably, they would not have been as empathetic. At this point, I explained to her that I would prefer the compensation in cash and not in an airline voucher, because my expenses were not entirely related to transportation. She then explained the guidelines stated we needed to have been delayed longer in order to receive more compensation.

At this point, the tone of her voice and the overall conversation took a turn for the worse. Understanding she did not have the authority to grant my request, I requested a supervisor. Sandy said there were no supervisors available. I then asked for a name and direct number to leave a voicemail. She then proceeded to tell me all management personnel were on assignment for 8 weeks and would not be available to customers during this time. Now, frustrated, I demanded to be transferred to a supervisors voicemail and informed her they could contact me in 8 weeks if need be. She finally stated she would note the account with regards to the $200 in vouchers and transferred me. As Sandy was ending the call and before she pushed the button to transfer me, I heard her say to a colleague, Im done with this guy. Moments before she made this comment, she boasted that I will be the nicest person you speak with here. How unfortunate for your company if this is an accurate statement.

When she transferred me to the supposed voicemail of supervisor Terry Rusche (out on assignment for 8 weeks), the call was actually directed to extension #8962. This extension as it happens was dead. We resolved to take further written action based on this conversation between myself and CSR Sandy.

We would appreciate your immediate attention to this matter and expect that you will resolve the situation as quickly and fairly as possible.