Texas: Get face to face with U.S. presidents 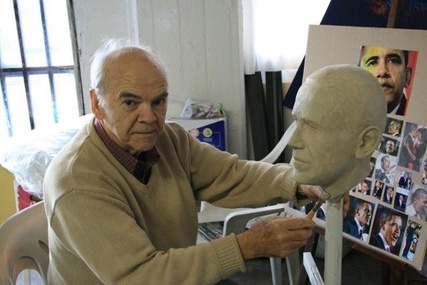 It's taken sculptor David Adickes six years to carve 18-to-20-foot busts of all the U.S. presidents. They're destined for the new Presidential Park and Gardens at WaterLights, just south of Houston, and were inspired by a visit Adickes made to Mount Rushmore—it left him wishing to get closer to the imposing figures.

The park, which includes interactive features on American history, has room to accommodate each successive president through the next century. It doesn't officially open until September 2009 ($1, free for kids under 12), but six presidential busts—chosen by voters in an online poll—are already on display: Washington, Jefferson, Lincoln, Franklin D. Roosevelt, Kennedy, and Houston native George H.W. Bush. Drivers on Highway 288 South get a good view.

Crowd-pleaser Barack Obama will soon join their ranks, both as president and park attraction. Adickes is putting the final touches on the Obama statue to be unveiled on February 16, President's Day, naturally.

See footage of the initial park installation below in the YouTube video "March of the President Heads":

Where 50 Important Americans Grew Up

New York City: A gem of a hotel

For way too many years, it's been nearly impossible to find a hotel room in NY for less than $300 per night. No longer. Back in November, we told you about The Jane, a hotel with incredible rates. And now we've got another one for you: The Gem Hotel, with locations in Midtown West, Soho, and Chelsea. We included a package deal at The Gem's Chelsea location in today's Real Deal from $159 per room per night, noting that rates at this (Chelsea) location will jump by about $100 in February. With rates as low as $139 at most of its locations, the chain could get away with offering minimal amenities, but it actually does just the opposite. Instead of charging guests for things like bottled water, high-speed Internet, and shoe shines (yes, shoe shines!), Gem gives them away for free. And it doesn't skimp on quality, either. The pillows are down, the in-room coffee is Wolfgang Puck, and the bath products are Gilchrist &amp; Soames (a fancy British brand). Another fun detail: One of the goals of The Gem Hotel is to become a part of the community, so it offers deals that feature local establishments. For example, the Soho location has a Katz's Delicatessen Pastrami Package (1 room, 2 pastrami sandwiches from Katz's) and a Sunshine Movie Theater Package (1 room, 2 passes to Sunshine Movie Theater). And rumor has it the staff is looking into volunteering with local organizations&mdash;another cool way of supporting the community. MORE HOTEL RECOMMENDATIONS New York at a Price That's Right 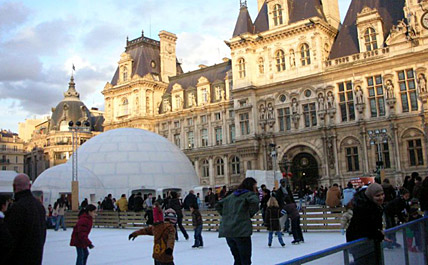 Paris: Finding fun in the froid

Snow is falling as I write this, building up on sidewalk tables and the shoulders of hurried smokers. It's a scene best seen from indoors, my fingers alternating between the keypad and a steaming coffee mug. When Paris is cold, my favorite activity&mdash;the aimless wander&mdash;is on hold. And outdoor pleasures like the impromptu picnic and the riverboat cruise become intolerable when the temperature drops. So what's there to do in the dead of winter? EatSome of the best French cuisine comes from the Southwest region and is perfect for cold weather. Indulge in classics like confit de canard (duck that's been preserved in its own fat and then slowly roasted until crispy) and cassoulet (a crock of creamy white beans with sausage and other meats) will keep you warm for hours, especially if accompanied by a hearty red wine from the same region. Standout spots for this cuisine are Le Pamphlet (38 rue Debelleyme, 3rd arrondissement, 011-33/1-42-72-39-24) and Au Fil des Saisons (6 rue des Fontaines du Temple, 3rd arrondissement, 011-33/1-42-74-16-60). Shop The biannual national sales fall during the hottest and coldest months of the year. I prefer to do my hunting during the winter version, held this year from Jan 7 through Feb. 10, when the heat of bargain battle serves the dual purpose of also keeping me warm. I like to head to one of the grande dame department stores, where I can find everything I want (including lunch and a glass of wine) without braving the wind outside. Galleries Lafayette (40 boulevard Haussmann, 9th arrondissement) and Printemps (64 boulevard Haussmann, 9th arrondissement) on the right bank, and Bon March&eacute; on the rive gauche (22/38, rue de S&egrave;vres, 7th arrondissement) are all good options. Skate! This is the year I'm going to finally try the outdoor rink at H&ocirc;tel de Ville. It's such a gorgeous setting, especially at night, when you can twirl surrounded by the shimmering city-hall lights. It's also budget friendly (free to enter, with skate rental for &euro;5), and a great way to work up an appetite before one of those heavy Southwestern meals. Place de l'H&ocirc;tel de Ville, 4th arrondissement, open Monday-Thursday noon-10pm and Friday-Sunday noon to midnight.

This weekend: An icy Alaskan swim is a cabin fever reliever

File this one under "Crazy-But-True." Alaskans young and old will jump into the icy waters off Seward this Saturday, all to raise money for the American Cancer Society. The 24th annual Polar Bear Jump Off is what it sounds like: Participants don crazy costumes (princesses, penguins, Scooby Doo characters, etc.) and leap into Resurrection Bay, which will be roughly 35 degrees Fahrenheit. "Seventy-five percent of the jumpers are returning and have participated five or more times," says Polar Bear Marilyn, the organizer. Related activities include frozen turkey bowling. The turkeys are in place of the ball, not the pins. Strikes win prizes. There's also a karaoke contest, a quilt show, and a costume contest. Get the full schedule at sewardak.org. Seward is about three hours south of Anchorage. Saturday's forecast is calling for snow showers and a high of 23 degrees. But we're pretty sure that won't stop the plunge-takers. Seward Waterfront Park. Watching the jump is free; some activities cost a nominal fee ($4 to $7). MORE Watch a YouTube video of the Jump Off Get more info on Seward at the Chamber of Commerce For more travel blogs, go to alltop.com 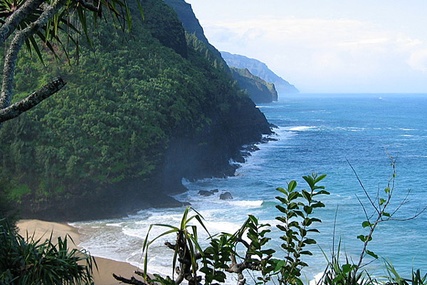 How many places will be worth visiting in 2016?

Last Sunday the New York Times came out with its 44 Places to See in 2009. It's an entertaining list&mdash;though not as good as ours&mdash; but it also got us a little worried. Last year, about this time, the good folks at the Times came up with a full 53 places to visit, which incidentally included the Hamptons of Germany and a point on the Axis of Evil. (Did you go to either? Shoulda gone.) But 2009's it-list has just 44 places, and that represents a 17% decline. Assuming that this rate of decline holds, and I have no idea why it wouldn't, there will be fewer than a dozen places worth visiting by 2016. That means a whole lot of people trying to check into the same hotel, palace, or yurt, depending on where we're all headed. Yet another reason to hop on a plane today.