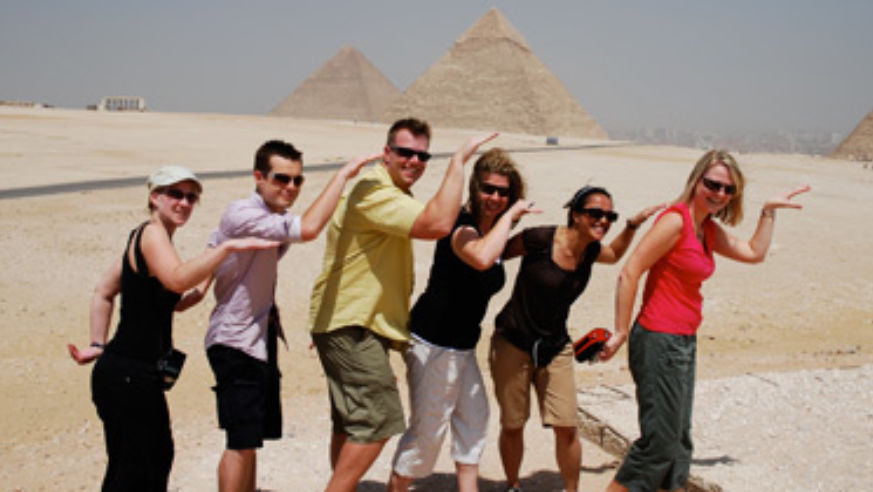 Next time you're looking for a city tour, ditch the confines of an oversized bus in favor of an "un-tour." These general orientation tours—led in small groups—are not cheap, but they deliver your money's worth. Instead of paying $20 per person to join a 30-person group, you pay a bit more and join a tiny group, with a local expert often at your beck and call. While "un-tours" have been around for a while, we wanted to remind you about their value as an affordable way to learn a ton about your destination's local history, art, and culture.

Last fall, we told you how one of the major providers of "un-tours" has been expanding its offerings: Urban Adventures, which provides small group, off-the-beaten-path city outings on six continents. Every trip is available 365 days a year and ranges in length from two hours to an entire day. While there is power in numbers, Urban Adventures believes too many cooks spoil the broth—the maximum size for any group is twelve people. Another plus: Only English-speaking, experts with an extensive working knowledge of their city's local history, art, and culture are hired as "un-tour" guides.

Prices generally include tickets and admission to major elements of a tour, but tip and personal purchases are never included. And while local transportation is included in the price for some tours, more often than not it is up to you to get to and from a tour.

Geared toward a more budget-conscious traveler, nearly all of Urban Adventures day tours are under $100. One of the cheapest options, a roughly four-hour tour from $15 per person, can be found in Ho Chi Minh City. Spend the first part of the day taking in the major sights and smells through a cyclo, a three-wheeled, pedal-powered form of transportation with a passenger carriage. Then, leave behind the cyclo for a guided exploration of the Ben Thanh market. Try some "weasel coffee," which has been first served to weasels and then derived from their droppings.

On the other side of the price range, is a nine-hour Seattle adventure for $214 per person. On this walk, bike and kayak excursion, travelers saunter through historic Pioneer Square, sample the local fare at Pike Place Market, and enjoy the artistic scenery at Olympic Sculpture Park. Next, vacationers take part in a cycle around the Seattle waterfront before hopping into a kayak to explore the coves, the homes, and the breathtaking views of the Seattle skyline from the Pacific.