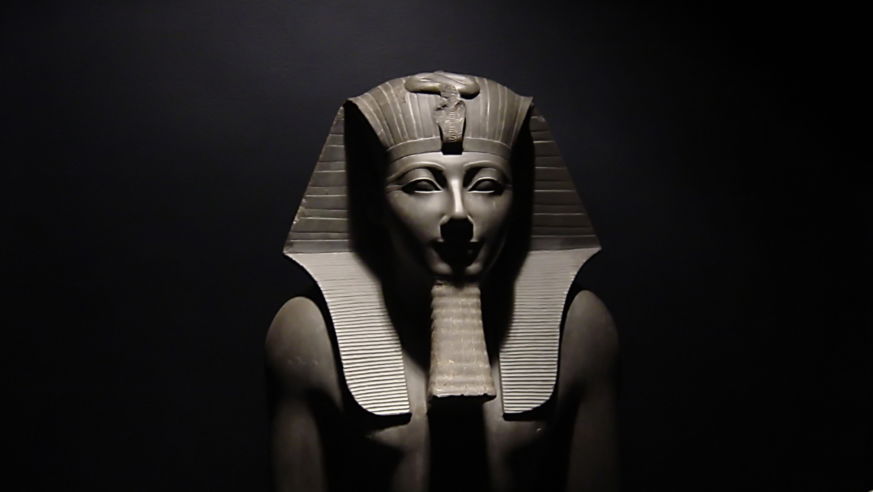 WARNING: Even the spookiest Halloween costumes and "haunted" houses can't compare to these hair-raising preserved bodies. Don't read this story after dark!

Mention the word mummy, and you probably think of the shiny case of King Tut or the linen-bandaged walking dead in a George A. Romero film. But if you haven't seen a real mummy (a.k.a. a body whose skeleton and skin have been preserved) since you were on a school trip, this is a good time to get reacquainted. In recent decades, excavators have dug up remarkably well-preserved mortal remains at locations across the globe—in Italy, Peru, and the Philippines—that have changed a good deal of what we know about the history of preserving the dead. So come with us on a crash course of the world's most "magnificent" corpses.

Catacombs of the Capuchins

Around 1599, Capuchin monks discovered that the catacombs under the church of Santa Maria della Pace (Our Lady of Peace) on the outskirts of Palermo were ideal for preserving the dead. For the following three centuries or so, monks drained and dried more than 6,000 corpses in the subterranean corridors beneath the monastery, dressing them up in their Sunday best and propping them up along clammy corridors. Later generations of monks apparently doctored the mummies because while some of them are now vile, decomposed, and contorted, their clothes are usually stuffed with hay and their skeletons are often held together by wire. Other mummies are lifelike, though, including one girl who's been nicknamed Sleeping Beauty. But make no mistake: This is as far from a Disney fairy tale as you could get. Admission about $4.20, Piazza Cappuccini 1, Palermo, 011-39/091-212-117, catacombepalermo.it.

In the mid-2000s, excavators at El Brujo, an archaeological site about 435 miles north of Lima, were startled to dig up a mummy that was covered with well-preserved tattoos. They named her the Lady of Cao, after the Huaca Cao Viejo, the nearby temple-like structure built by the Moche, a pre-Inca culture. Then in 2009, they opened the Museum of Cao, displaying the 1,700-year-old corpse along with the grave goods (such as war clubs and gold jewelry) found near her tomb. The museum presents theories suggesting that Senora Cao was a dignitary or a member of royalty and illustrates how her people, the Moche, excelled at making ceramics and other crafts in the pre-Colombian era. Best to visit with a guide from Trujillo (the nearest town, about 37 miles south) with a vehicle to take you on the unmarked dirt roads. Admission $4.20, private tours start at about $70 for two people, 011-51/44-291-894.

Watch where you hike. In 1991, a pair of Germans walking through the Tyrol Mountains near the Italian border chanced upon a human figure poking out of a thawing glacier. Authorities later used CSI-style forensic analysis on the body, nicknamed Ötzi, to determine that it had been shot in the shoulder by an arrow and then mummified by natural processes. The 5,300-year-old body is on permanent display at the South Tyrol Museum of Archaeology, along with the clothing remnants, shoes, bearskin hat, quiver, flint dagger, and copper ax discovered around him. Come face-to-face with Ötzi, and you'll experience the closest you may ever come to time travel, given how he is unusually well preserved. Admission about $13, Via Museo at Via Cassa di Risparmio, Bolzano, 011-39/04-7132-0100, iceman.it.

For an audience with 11 ancient emperors, step into the dimly lit Royal Mummy Room and the adjacent exhibition The Journey to Immortality on the upper floor of the Museum of Egyptian Antiquities. "Silence, please!" barks the museum guards, insisting on respect for the earthly remains of famous conquerors Seti 1, his son Ramses II, and Queen Hatshepsut, who was identified in 2007. The desiccated bodies generally look peaceful—sleepy almost—and many still have hair. If you look up Ramses V's nostrils, you can see a hole in his skull, a vivid example of how the mummification technique involved scraping out brain matter. Afterward, be sure to pop into easily missed Room 54 to see cat, monkey, and crocodile mummies. In ancient Egypt, animals could be venerated as if they were people. Admission $10, separate ticket price to see mummies $16.80, Al-Mathaf al-Masri, Maydan Tahrir, Downtown, Cairo, 011-20/2-579-6974.

Despite widespread belief to the contrary, Egyptians may not have been the first ancient civilization to preserve their dead. Mummies from 5,000 to 2,000 B.C.—at least 2,000 years older than the Egyptian mummies—have been found in what is now northern-most Chile. The Chinchorro people embalmed their dead, swapping out internal organs and muscles with clay, reeds, and other materials. Skin was, um, reupholstered and given a black or red finish. Four of these mummies, roughly 4,000 to 7,000 years old and mostly discovered in 1983, are on display
in the Azapa Valley's superb Museo Arqueológico San Miguel de Azapa (Museum of Archaeology in San Miguel de Azapa), which covers Peruvian history from 8,000 B.C. up to colonial times. Lean into the glass cases to see how some skin and hair remain on the bodies. Admission about $2, Camino Azapa, eight miles from Arica, 011-56/58-205-551, uta.cl.

Dashi-Dorzho Itigilov was the spiritual leader of Ivolginsky Datsan (Ivolginsky Monastery), the most important Buddhist monastery in Russia at the time of his unexplained death in 1927. When Itigilov's body was exhumed in 2002, it was almost lifelike, sitting upright in the lotus position and looking meditative. Ever since, during the annual summer Maitreya Festival and other select times, purple-robed monks display the remarkably composed body of the 12th Khambo Lama under glass on the upper floor of the main temple. The religious complex is about 14 miles southwest from the nearest town, Ulan-Ude, in the Russian republic of Buryatia. While the bus ride is only 35 rubles ($1.15), it's best to hire a guide with a vehicle to navigate and translate, for 1,500 rubles, or about $50. Admission free, Ivolginsky Datsan, Buryatia, datsan.buryatia.ru.

You'll need a guide to see the 500-year-old Timbac Caves mummies near Mount Pulag National Park—the locals don't like their Ibaloi ancestors visited without a proper chaperone. As it happens, the guides are tremendously helpful. They'll lead you on the two-hour drive (or five-hour hike) to the site, unlock the iron gates that now protect the cave entrances, and pop open the coffin lids so you can see the flaking skin and protruding bones up close. Unlike mummifiers elsewhere in the world, the Ibaloi left the internal organs inside the bodies and merely dried the corpses out with heat and smoke and then bathed them in herbal preservatives. Get additional background and additional mummy sightings back in the village of Kabayan at a branch of the National Museum of the Philippines. Admission to Kabayan Branch of the National Museum of the Philippines about 50¢, admission to caves about $2.30, guide from the visitor's center of Kabayan about $30, Kabayan, 011-63/2-527-4192, nationalmuseum.gov.ph.

Step into Room 4 at the Vietnam History Museum, a pagoda-like structure by the Botanical Gardens in Ho Chi Minh City, and glimpse the mummy of Mrs. Tran Thi Hieu, who died in 1869 at around age 60. Found 17 years ago during a scientific excavation, the body remains in remarkably good shape. Researchers identified her based on a silk monogrammed item of clothing with a woman's name on it, which was found next to the corpse. Mrs. Tran is now housed underneath glass and wearing traditional Vietnamese burial garments; her rings, bracelets, and other jewelry are displayed in an alcove. Expect to overhear local visitors muttering "Troi oi" (or, "Oh, my!"). Enough said. Admission about 72¢, 2 Nguyen Binh Khiem, District 1, Ho Chi Minh City, 011/84-8382-98146, asiaforvisitors.com.

Every 18 months, the body of Vladimir Ilyich Ulyanov (known worldwide as Lenin) is re-coated in paraffin, then re-dressed in a dark, Swiss-made suit, his eyes and lips left carefully sewn shut. His mausoleum on Red Square— once one of the most visited mausoleums in the world—is a stark pyramid of red, gray, and black stone, designed by the Soviet Union's Immortalization Commission. Ironically, Lenin had never wanted his body to be on display, having instead asked to be buried in a private plot next to his mother's grave in St. Petersburg. But his political successor, Joseph Stalin, wanted to showcase the body like a holy relic, presumably to inspire patriotic feelings in the Russian people. Another irony: This temple to Communism is no longer state run, and it's said that Lenin's skillful embalmers offer their services on the private market, commanding sky-high prices for their handiwork on others. Admission free, Red Square, lenin.ru.

He may have died in 1832, but students in a campus building at University College, London, can still see English philosopher and jurist Jeremy Bentham. Bentham willed his body to a scientist in the hope of being useful to the emerging study of anatomy, and he was so keen on this idea that, for years before his death, he reportedly carried around the glass eyes needed to adorn the head. Upon his death, scientists preserved the body, but they swapped Bentham's head with a wax effigy by a French artist. Since World War II, the school has shown the body in a wooden case topped with plate glass; Bentham is wearing his own clothes and holding his favorite wooden stick. Find him at the main campus hall on Gower Street by entering the South Junction and looking for a hall called the Cloisters; the exhibit is in an alcove opposite from the large windows. Admission free, Gower St., 011-44/20-7679-2000, ucl.ac.uk.