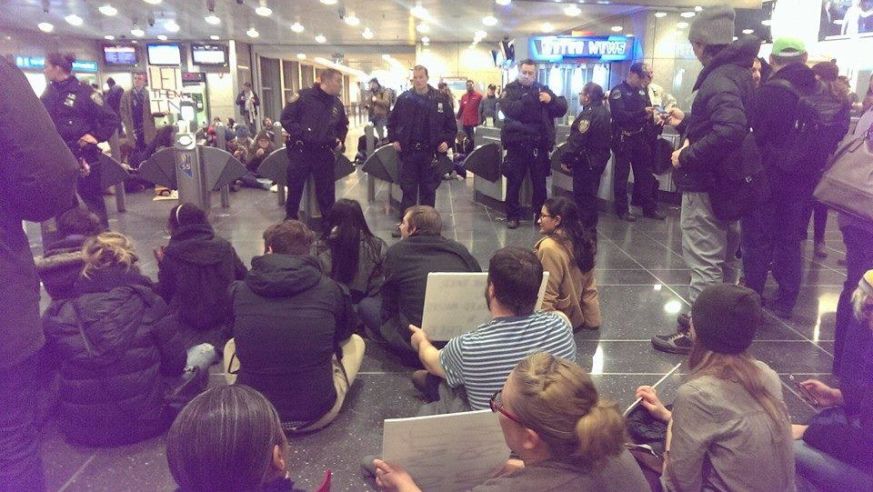 Republican Senators John McCain of Arizona and Lindsey Graham of South Carolina spoke for most American travelers when they issued a statement over the weekend critical of the new administration’s travel ban.

“Ultimately, we fear this executive order will become a self-inflicted wound in the fight against terrorism,” Senators McCain and Graham wrote in response to the order, which bans entry to the United States for refugees and residents of seven predominantly Muslim countries (Libya, Sudan, Somalia, Yemen, Syria, Iraq, and Iran).

The executive order, issued on the evening of Friday January 27 with the stated intention of protecting the U.S. from terrorists, caught airlines, airports, and world travelers completely by surprise, perhaps none more than the legal visa-holders who boarded planes from the seven newly banned nations without knowing that detention and potential deportation awaited them upon arrival in the United States. Among those detained were Iraqis who have worked side-by-side with American troops to fight terrorists such as ISIS.

While the U.S. has from time to time throughout its history established targeted immigration and travel bans, the present travel ban is unprecedented in its scope and in the sudden way in which it was implemented. Senators McCain and Graham noted, “We are particularly concerned by reports that this order went into effect with little to no consultation with the Departments of State, Defense, Justice, and Homeland Security.”

This past weekend saw detentions, attempted deportations, growing protests across the U.S., and lawsuits in several states that led to a temporary stay on deportations. The first successful lawsuit against the executive order was brought in Brooklyn on Saturday evening by a group of that included the American Civil Liberties Union; Judge Ann Donnelly halted deportations due to “substantial and irreparable injury to refugees, visa-holders, and other individuals” and the potential for violating the right to due process and equal protection guaranteed by the Constitution.

A VIEW FROM THE FRONT LINES

In just one example of the confusion and delays sparked by the travel ban, a member of our Budget Travel community, Ann Lien, witnessed the scene at New York City’s JFK AirTrain on Saturday night first-hand. Ticketed air travelers and protesters were barred from boarding the AirTrain to JFK airport by order of the Port Authority because growing crowds of protesters were gathering at the airport. Soon, the area around the turnstiles at the AirTrain itself resembled a sit-in protest (see Lien’s photograph, above). When word of the sit-in reached New York Governor Andrew Cuomo, he intervened, ordering that travelers and protesters alike be allowed entry to the AirTrain. Governor Cuomo noted, “The people of New York will have their voices heard,” and that phrase became the basis of the protesters’ chant as they enthusiastically informed the police of the governor’s decision.

As we began to understand how many members of the Budget Travel community were potentially affected by the travel ban, we asked our Facebook and Twitter audience: “Has the new travel ban affected your travel plans or your travel schedule?” Replies came pouring in from around the world, reflecting the diversity that makes our audience such a rich source of information and opinions. Here, a few representative examples:

“Yes, it has. My husband is an immigrant and we now know it's not possible (probably ever) for us to bring my in-laws here to visit us on a tourism visa. And we won't be able to go visit them again, perhaps for several years.”

“I just came back from my second trip to the U.S. in six months and it will be my last for a very long time. Two full hours in line at immigration - as a paying tourist and after 16 hours traveling!”

“Not at all! I’m just glad [the president] is trying to make our country safer.... It’s crazy enough already. If it’s a problem, stay where you are. It’s a privilege to enter our country, not a demand. When I enter other countries, I abide by their rules. If I don't like their rules... I stay home.”

“I am concerned about going to any area targeted by these actions because it isn't a big leap to guess that those areas won't be as welcoming to Americans. Unfortunately, I am considering not going to certain areas because of it.”

“Won't affect my desire to travel but in a recent conversation, while in Cartagena, Colombia, a Colombian questioned whether she'd be welcomed in the USA or detained. Broke my heart.”

“The people affected most were by the protesters blocking people from getting to their flights. Maybe you should write about that.”

“[It does not] affect my plans but I'm sad that not everyone has that liberty anymore.”

“There have been bans like this in the past by previous presidents. This too shall pass.”

“I'm a U.S. citizen traveling to Jordan in March. I shouldn't be affected, but (sigh) who knows!”

If you have any concerns about your rights as a traveler to, from, and/or within the U.S., we recommend that you start with the American Civil Liberties Union’s publication What to Do If You’re Stopped by the Police, Immigration Agents, or the FBI, and consider seeking legal advice from an immigration attorney before you book a flight.