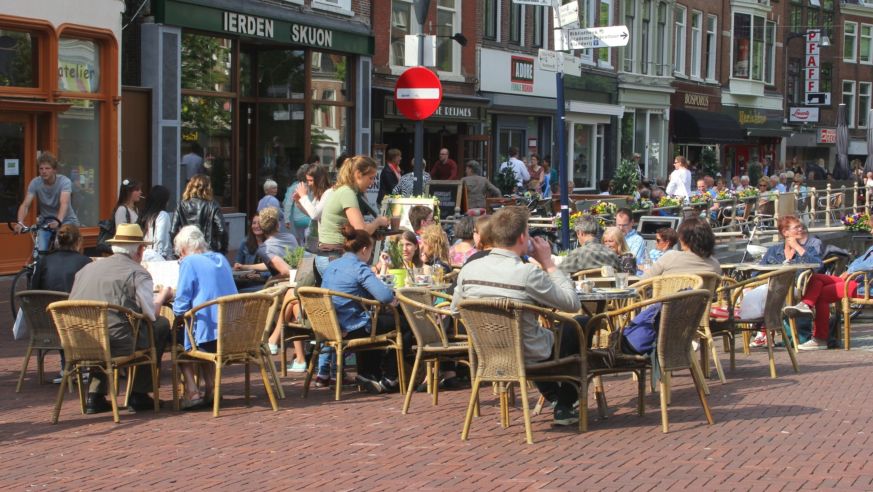 Have you visited Friesland, the Netherlands yet?

From the hottest spots in Europe to visit in 2018 to America’s biggest LGBTQ pride celebration, plus a new reason for camping enthusiasts to rejoice, this week’s roundup of travel news is one of our most culturally expansive. Where will you go next?

When our colleagues at our parent company, Lonely Planet, suggest the 10 best places in Europe to visit 2018, we’re all ears. This year’s Best in Europe may be the most inspiring yet because it focuses on some major destinations that are already on avid travelers’ bucket lists (Italy, Spain, the Netherlands, for instance), but from angles you may not expect. In Italy, for instance, the place to go this year is Emilia-Romagna, a northern region that may very well be the best culinary destination on the Italian peninsula (in other words, the best culinary destination on earth). Similarly, have you been to Cantabria, Spain? Well, get packing! And while many of you have savored the canals, cycling paths, and gardens of Amsterdam, we’re guessing you may have missed Friesland, the Netherlands, a must for 2018. Explore Lonely Planet’s entire Best in Europe list at lonelyplanet.com/best-in-europe - and be sure to let us know where you decided to visit.

This month, New York City’s Heritage of Pride events will draw more than 2 million attendees to happenings across all five of the city’s boroughs (Manhattan Brooklyn, Queens, the Bronx, and Staten Island), making it America’s largest celebration of lesbian, gay, bisexual, transgender, and queer (LGBTQ) pride, welcoming a diversity of sexual orientations, a diversity of friends, family, and allies, and in general throwing NYC’s most joyful, not to mention most peaceful, party of the year. (For a full calendar, visit nycgo.com/LGBTQ.) Traditional events will commemorate the 1969 Stonewall riots, credited with sparking the modern-day gay-rights movement. The 49th NYC Pride March on Sunday June 24, whose new route proceeds through Manhattan’s West Village down to Christopher Street to pass the historic Stonewall Inn, then heads up to Fifth Avenue (this is a kind of “test run” in anticipation of 2019’s Stonewall 50th-anniversary commemorations). Each of NYC’s other boroughs are holding marches and celebrations of their own, reinforcing the cultural centrality and power of the gay pride movement to every corner of the city, a movement that was once perceived as an “outsider” enterprise at its inception in the 1960s. As Tony Kushner wrote in Angels in America, “The world only spins forward.”

A NEW APP FOR CAMPERS

This summer, millions of Americans will opt for the ultimate money-saving, back-to-nature vacation lodging: camping in national parks, state parks, and other wild (and semi-wild) settings. Although most campers enjoy essential chores such as cooking outdoors, and navigating the setting up and taking down of equipment, there is one task many do not savor: actually locating a good campsite. A new app, The Dyrt, available for iOS and Android, is making that easier, with more than 70,000 images, videos, and user reviews to help U.S. travelers pinpoint the ideal place to pitch a tent.