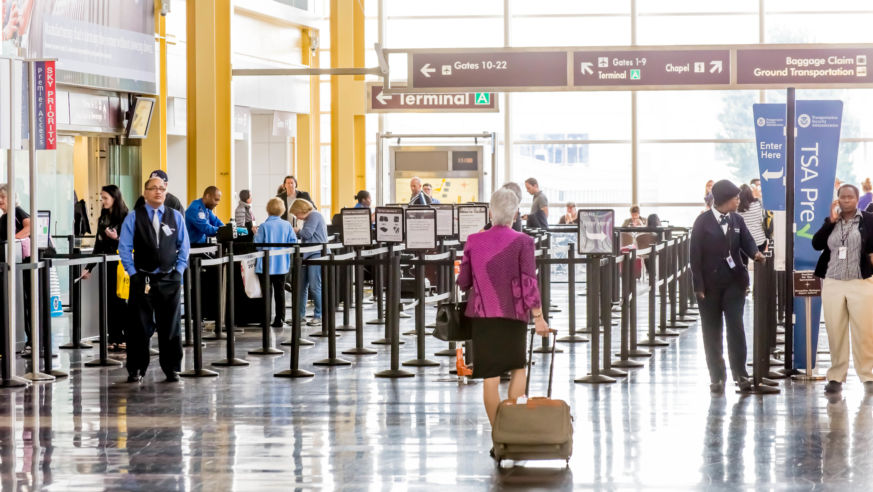 From the quickest and easiest way to speed through airport security to a vacation that boosts not only physical fitness but also creative energy to the debut of one of the most anticipated cruise ships of the year, this week’s travel news is going to get you revved up for spring and summer getaways.

When it comes to TSA PreCheck, there’s not much to complain about. For $85, a five-year PreCheck status can speed you through airline check-in and security even on peak days at busy airports (there are more than 450 PreCheck lanes at more than 200 U.S. airports). Maybe the one beef travelers have come up with is that applying for PreCheck is not as easy as, say, buying office supplies. Well, now it is. Staples will offer 50 IdentoGo enrollment centers, which offer TSA PreCheck enrollment, starting this summer, with plans to open more soon. And while you’re at it, you’ll be able to get your passport photo and even a certified birth certificate. And, of course, office supplies.

If you think of travel as a way to recharge your physical and spiritual batteries, you’ll appreciate a Stanford University study that suggests that walking - even a short walk - is associated with heightened creativity. To tell the truth, Budget Travel has been sold on the benefits of hitting the trail on vacation for years, and we were psyched to see that some great destinations integrate the walking or hiking experience into a stay. Some of our favorites include: The incredible network of trails in New York’s Adirondack Mountains, where lodging ranges from modest motels and cabins to all-suite resort experiences such as Whiteface Lodge; Martha’s Vineyard island, off Cape Cod, is uncrowded and affordable in spring and offers miles of beach strolls, iconic lighthouses, wildlife sanctuaries and nature preserves, and the historic Harbor View Hotel; and CIE Tours International’s Irish Myths and Legends tour, which packs in guided walks in Galway, Limerick, and self-guided trips to the Aran Islands, Blarney, and more.

THE NORWEGIAN BLISS TAKES TO THE SEAS

Cruise fans will be thrilled to hear that last week, Norwegian Cruise Line took delivery of the new Norwegian Bliss in Bremerhaven, Germany, and the ship headed to Southampton, U.K. on Saturday. The ship, which the third in Norwegian’s “Breakaway Plus” class, is the first ship of its kind to be designed specifically with features and amenities for an Alaska cruise experience (including two expansive observation lounges), will arrive in the U.S. on May 3 for preview events in New York, Miami, and Los Angeles, before heading to its first homepart, at Pier 66 in Seattle, in advance of its first seven-day cruise to Alaska in early June. Onboard excitement will include a two-level electric-car race track, a waterpark featuring two multistory waterslides, the debut of Texas smokehouse - Q, a full-service Starbucks, and a bar serving local Seattle beers from Red Hook Brewery.