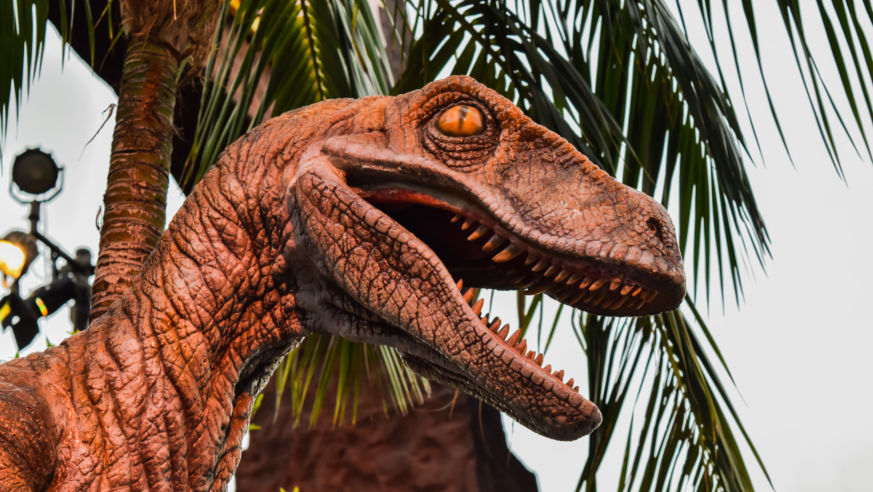 From a massive party at one of America’s favorite theme parks to a decidedly posh celebration of a prince’s wedding, to sleeping outdoors and loving it, this week’s noteworthy travel news covers a lot of bases and we hope it’ll inspire you to book a trip to Los Angeles, London, or someplace in between.

From the moment author Michael Crichton came up with the idea (humans vs. dinosaurs) to the premiere of Steven Spielberg’s terrifying film adaptation, to the subsequent opening of arguably the most thrilling of thrill rides at Universal Studios, Jurassic Park has had a firm grip on our imaginations. To celebrate the film’s 25th anniversary, Universal Studios Hollywood is throwing a party on May 11 and 12. For $69, guests can attend an evening immersive celebration that includes a private screening of the film at Universal CityWalk’s all-new state-of-the-art Universal Cinema (a short walk from Universal Studios’ entrance), commemorative merchandise, after-hours access to Jurassic Park-The Ride, props and costumes from the film on display, plus live entertainment and food; for $129, you can nab daily admission to Universal Studios plus the evening event, a nice bargain (universalstudioshollywood.com).

Did you get your invitation to the royal wedding? Neither did we! But if you’re headed to London (londonandpartners.com) anytime soon, the May 19 nuptials of Meghan Markle and Prince Harry are inspiring some cool commemorations you should consider. The British Film Institute’s YouTube channel is offering a peek at their British wedding film collection, a must for Anglophiles; Traditional Tour UK’s Prince Harry Tour of London is a two-hour walk of hotspots from the prince’s rebellious younger days through his military career and beyond; Thames Rockets speedboats will be offering their Ultimate London Adventure May 17 through 20; and history buffs will love the Royal Ballet’s production of Elizabeth, inspired by the letters, dairies, poetry, and plays penned by Queen Elizabeth I.

Camping can be the ultimate “budget” choice for seeing the U.S., and we’re big fans of the campgrounds in our national parks, state parks, and beyond. Our love of camping is echoed by the 2018 North American Camping Report, an independent study supported by Kampgrounds of America (koa.com). The report found that more than 6 million North American households have adopted what the survey calls the “camping lifestyle” since 2014. Why the massive growth in camping? Surprisingly, technology has raised awareness of the joys of camping, and made it more accessible than ever. From social media to cellphone access and Wi-Fi, Americans and Canadians feel more comfortable with the idea of sleeping outdoors and are less worried about bugs, safety/security, and other perceived barriers. “Camping is a highly social activity, and with that, we are seeing campers turning to their social circles or other camping influencers for information and resources, including borrowing or renting RVs and gear. It’s this social nature – both on and off the campground – that continues to reduce barriers and fuel the growth of annual camping in North America,” said Toby O’Rourke, president of KOA. “With reduced barriers and the desire of campers to connect with nature and each other, it is no surprise that camping is fast becoming a fundamental component of an outdoor lifestyle.”