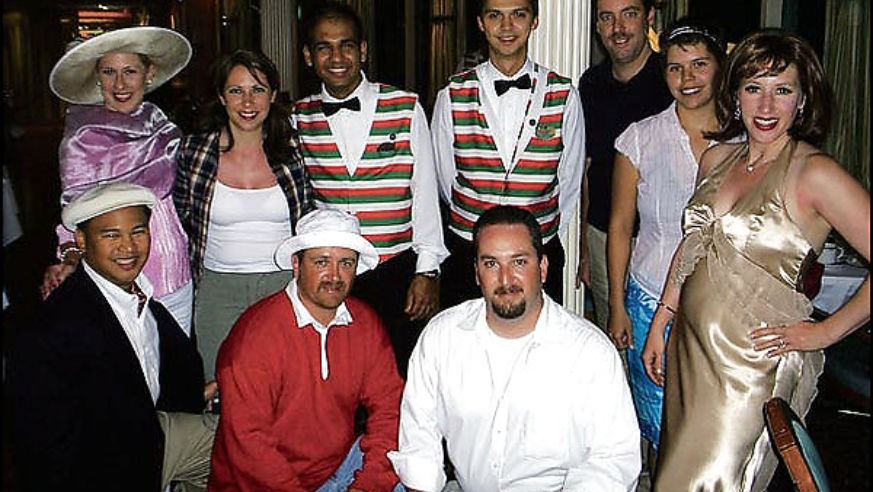 New Prize: The Azores
The best response Budget Travel receives between April 1 and April 30, 2007, wins a six-night trip for two to the Azores, a Portuguese island chain in the Atlantic just four hours from Boston. The prize, courtesy of Azores Express, includes round-trip airfare from Boston's Logan Airport to your choice of islands (Terceira, São Miguel, or Faial) and six nights' accommodations with breakfast daily. For more on Azores Express: 800/762-9995.

Winner!
This month's winner is Steve Hall of San Ramon, Calif. He wins a seven-night stay at the all-inclusive Riu Vallarta, courtesy of Riu Hotels & Resorts.

It was '60s theme night on a recent Royal Caribbean cruise along Mexico, so my wife and I, with three other couples, dressed up as the cast of Gilligan's Island. As luck would have it, our costumes became even more appropriate when--that very same night--the ship crashed into the cruise pier in Costa Maya, tearing a 42-foot-wide hole in the hull. Everyone got a kick out of seeing us castaways wandering about. We even found a piano player to play the Gilligan's Island theme song while we all sang along. We ended up being "stranded" in Mexico for three nights until the ship was repaired.

HePaid Extra for That View
After checking in to a small cottage hotel in Tiruchirappalli, India, my wife went to freshen up. "What is that chirping sound?" she asked--and then shrieked and came flying out of the bathroom. She pointed to the sink, where I saw our friendly visitor calmly hanging out. The hotel staff came and took the frog outside, and we made sure to check the sheets very carefully before climbing into bed that night! Mark Bayfield, Rockville, Md.

Nice Moms Wear Gloves
My 7-year-old daughter and I went to Kansas City, Kans., to visit family for the holidays. After the long car trip, we both had a lot of energy to burn, so we were wrestling on the beds. I called it to a stop after a few minutes; when my daughter protested, I made a joke and popped her gently on the chin. Unfortunately, it was just as she was bringing her head down. She let out a little gasp, opened her mouth, and out fell a baby tooth. We were both surprised, but I was much more upset than she was--and I was even more upset when we went down to the front desk to buy a bottle of water and she announced, "My mom knocked my tooth out!" In fact, I was mortified, but my daughter just grinned and the clerk didn't bat an eye. Fortunately, I had a Ziploc bag with me (thanks, Budget Travel!), so we put the tooth inside and placed it under the pillow. The tooth fairy left an extra-big treat. Aimee Buhr, North Liberty, Iowa

YouKnow the Old Saying: Red Thighs at Night, Sailor's Delight
My husband and I were enjoying an elegant alfresco dinner in Nassau, Bahamas, when I asked one of the other patrons to snap a photo of us with the sunset in the background. The picture came out fantastic, although on closer inspection I noticed that my bright red underwear was peeking through! I suppose I would've been better off wearing undies that matched my dress . . . . Caroline Tetschner, Mundelein, Ill.

You're Lucky They Didn't Say Yes and Order a Sex on the Beach
Late one afternoon, while sipping island libations inside our rented cottage in the Bahamas, my wife and I saw two people standing at the top of our stairway. They were obviously tourists who'd walked past the No Trespassing sign on the beach. I thought they'd turn away when they realized the residence was occupied, but they kept on walking toward the house. The intruders were trying to cut through the property! So I turned to my wife and said, "Watch this." I took off my bathing suit, walked outside, held my drink up high, and said, "You must be here for cocktails!" They ran back to the beach. William S. Phillips, Sopchoppy, Fla.

You can find more True Stories in the April 2007 issue of Budget Travel magazine.