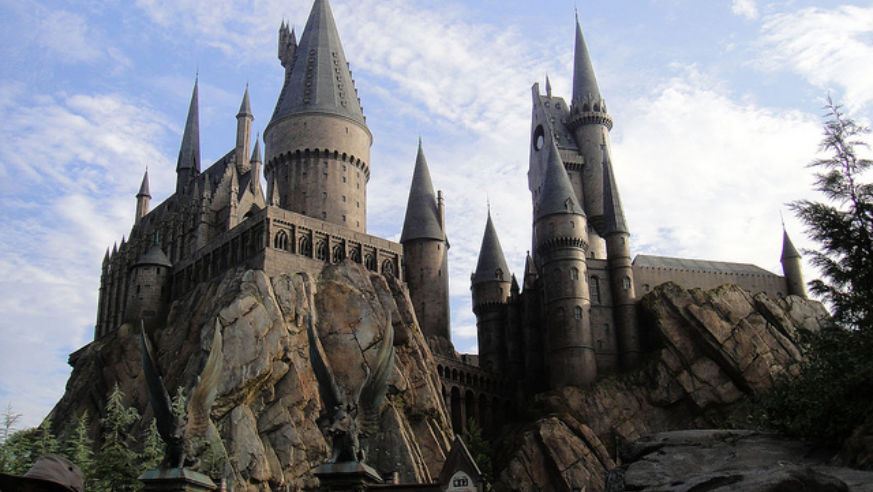 Harry Potter fans, rejoice! Diagon Alley and the Hogwarts Express are coming to Orlando in 2014.

The Wizarding World of Harry Potter—Diagon Alley will feature buildings and scenes from London, in particular Diagon Alley, the magical street where the main characters get their school shopping done. There will be stores you'll recognize from the books and films—Orlando Informer reports that Weasley's Wizard Wheezes, the Leaky Cauldron, and a larger version of Ollivander's Wand Shop are in the works—and a new family-friendly 3D thrill ride attraction based on Gringotts Bank. Madam Millkin's Robes for All Occasions, Wiseacre's Wizarding Equipment, Florean Fortescue's Ice Cream Parlour, and more sinister additions like Knockturn Alley and Borgin & Burkes store of Dark Magic are also rumored to make an appearance, but have not been confirmed as of yet.

Perhaps the most exciting part of the expansion will be the opportunity to take the Hogwarts Express from London to Hogsmeade and Hogwarts, just like Harry and his friends do in the books and movies. The train ride, an attraction in itself, will connect the two parks, but according to this article by Fox News Travel, it's not clear yet how ticket prices will be affected for guests hoping to ride the Hogwarts Express from one park to the other, an interesting detail to keep an eye on as the new section is built next year.