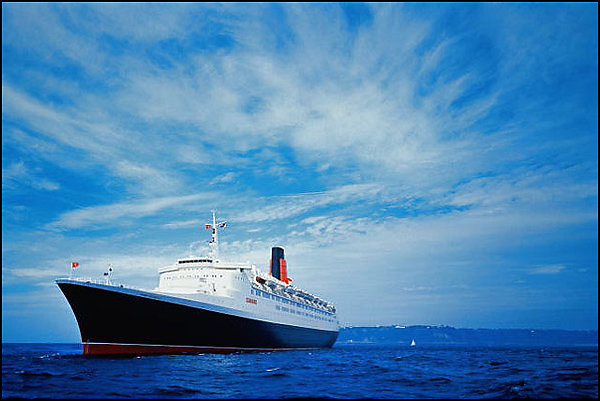 Jaret Ames, acting chief of the vessel sanitation program at the Centers for Disease Control and Prevention (CDC), sheds light on the contagious gastrointestinal virus.

Q: What are some of the symptoms of norovirus, and why have there been more cases in recent years?

A: The standard symptoms that you find are vomiting or diarrhea--sometimes both--and there may be some associated symptoms like stomach cramps and nausea. It usually lasts about 24 hours, and then the symptoms dissipate and you come back to a normal status. As far as the cases and what's going on, I don't really have a good answer to that question. It is, in my view, absolutely a universal matter. Essentially, we're having increased outbreaks onshore just like we're having them on the ships. It's not something isolated to a ship or one part of the world.

Q: How does the virus spread?

A: The transmission routes are a fecal-oral route, a contaminated food or water source, or a sick person; those are the three ways you typically transmit the virus. It could be an ill food worker or just an ill person who happens to share the same living space as you. Obviously if it's a tighter space like a ship or a school, then you may see clusters of cases. It's transmitted through the food people contact or, the common one we see, transmitted through a surface. Maybe someone who is ill didn't wash his hands at all when he had a bowel movement and he touched surfaces and inanimate objects, whether a handrail or a button for an elevator, and when someone who is well touches that surface, the virus is transmitted to his hands.

Q: What are some of the ways that people can stay healthy while on a cruise?

A: If you're a person who's on a ship and you're trying to prevent transmission, hand-washing is the primary way to do that, and that means a good 30 seconds. It needs to happen quite often throughout the day even if you just have a snack, especially if from a self-service source. If you're a smoker, you should certainly do a hand-washing before that hand-to-mouth activity. Products like Purell can be of some use, but they don't replace hand-washing. Even if you do carry something like that, you should make sure that you still wash your hands often.

If you're a person who's ill, the key is to stay in your cabin and keep washing your hands throughout the day. When you do have to circulate with other people, wash your hands. Even at home when you're ill, you need to do a very good, 30-second hand wash.

Of course, you can have water or foodstuffs with contaminated fecal matter. Normally those cause quite large cluster outbreaks. We had some highly suspect waterborne outbreaks, but they were back in 2000 or 2001.

Q: What are some of the myths about norovirus?

A: One of the primary misconceptions people have is that the only people who need to really do proper and thorough and regular hand-washing is the crew aboard. They think that's where the breakdown is and don't see themselves as people who could transmit illness, but they are.

The second one is that people think that because they wash their hands once a day that will cover it. People don't truly understand the timing of it. Some people turn the water on, pass their hands under it, and quickly turn it off.

People should pay close attention when they use the hand-wash sink faucets; ideally they should shut the faucet off with a paper towel and use a paper towel to open the door when they leave the bathroom.

Habits make you a more risky person--a person who bites his nails or chews and plays with his gum or smokes. From a transmission perspective, those people are going to be more likely cases.

A: One response that's very common when there are elevated illness counts is for a ship to do increased cleanings. You'll see people with a rag that has a disinfectant chemical that they're wiping on surfaces that people touch routinely. The ships will position people there to have them wiping those surfaces continually throughout the day. Passengers will also notice that the self-service buffet that they used to go to freely and serve themselves has been replaced with served buffets once the crew sees elevated cases (which are typically reported to medical staff by sick people).

Q: What determines a ship's medical staff and capabilities?

A: It's generally a decision by each company or cruise line as to how many doctors or nurses to provide. Some will have literally what amounts to an EMT as their medical person and they may only have 100 passengers, but that's probably a ship that visits a port of call every day and is sailing through U.S. river systems, so they're never more than 24 hours away from pulling into a port and getting hospital care as needed.

Q: How oftenare ships inspected, and what is involved in the inspection?

A: If the ship sails through U.S. territory, we can do two inspections per year. If the ship fails, there's a reinspection, of course. There are some ships that do a season in the U.S. and then are in other regions, so they would probably only receive one inspection. The inspections are unannounced, so the crews don't know which port we're coming to or when we're coming.

We look at swimming pools and whirlpool spas. There's also a requirement concerning overall environmental issues like pest management and air ventilation, and one for the child activity center that many ships now have onboard. It takes seven or eight hours for two people to inspect a cruise ship.

Q: What are the sanitation requirements for cruises, and what measures are being taken to prevent outbreaks?

A: We have very detailed requirements posted on our website. For the potable water system onboard the ship there are a number of standards, like the first one, that it be potable! The manual covers areas like food handlers and their knowledge, and food safety in terms of the source and temperature of the food and the washing and cooking equipment. There is a section on toilet and hand-wash facilities, and a very basic section that goes over the details of disease reporting.

Our 2005 operations manual specifies that every ship should have a written outbreak-prevention and response plan. The plan must establish what triggers the plan into action. Almost all the ships sailing in the U.S. today have an active outbreak-and-response plan that details different ways to control infection.

There have also been some facility changes. Every ship is now required to have a way to allow passengers to exit the public bathrooms without touching the bare door with their hands, whether it's a paper towel and wastebasket near the exit or a mechanical door that opens outwards so that a person can push with the hip to exit.

There's a rule on mandatory isolation of crew and recommended isolation of ill passengers so that they don't transmit the virus.

A: It's a misconception that ships have cases and don't report them. The ships have to make a report to us 24 hours before arrival in a U.S. port when they're sailing from a foreign port, even when they have zero cases they have to send a report, and they've been sending those reports on a very consistent basis for more than 30 years since the program began. A cruise line loses a lot of points in the inspection if it doesn't make those reports. A U.S. port is often the last port of call, although it's the first one on Alaska cruises. Anytime 2 percent of the passengers and crew have a gastrointestinal illness, the ship has to send a special report. There's a lot of reporting cruise lines have to do.

Q: Who determines ifa voyage should be cut short?

A: It's more or less a ship or company policy to cut a cruise short, because that has to do with the navigation. There's no specific point at which we'll absolutely say that we want the ship to come back to the home port. But there can be a recommendation for a ship not to sail for a period of time. Typically, though, the cruise line makes a decision on its own that it is going to take a ship out of service if it feels like it can't control an outbreak. What we try to involve ourselves with is making sure that the cruise ship has sufficient time to do the thorough cleaning and disinfection that's required if there's been an outbreak before the next trip and the next set of passengers. It is possible that we would make a recommendation or even issue an order that a ship not sail for some designated period of time. It's somewhat rare, but both have happened.

Q: What recourse, ifany, is there for travelers who have been on a cruise with an outbreak?

A: I can't speak much to what recourse passengers have through the cruise company. If it's something that has to do with their financial satisfaction, that is between them, their lawyer, and the cruise company. What we're interested in is things that relate to the sanitation component of the experience, and we aren't equipped to address things that aren't sanitation-related. Passengers should let us and the cruise line know if they had a negative sanitation experience on a cruise line.

Q: When you receive such health complaints from passengers, do you investigate?

A: If there's a possible follow-up, we do. We don't go right out to the ship and get aboard. It really does depend on the complaint, and if it's something that we can follow up on, we do. If it's "my cabin was dirty and then the staff came in and cleaned it," that's a valid complaint, but it's been resolved. It really depends on the level of the complaint. If it's a complaint that we can follow up on when we're aboard doing an inspection, we will. We have a complaint component in our database so we can actually enter the complaint into a ship's electronic file. The next team that goes out to do an inspection will look into the complaint, and if the passenger wants to hear about it, we'll leave a note with the passenger's contact information, and we can let them know what we've found. We write our inspection notes on the back of the pre-inspection form.

Q: Are there any initiatives in the works to protect against norovirus?

A: I think that one of the initiatives circulating around the various health districts (whether in Europe, Canada, or the U.S.) is the analysis or surveillance of all conveyances and transmission routes. For instance, there are people who come to ships and are ill, and illness spreads through the ship. The same potential exists if they are staying at a hotel or resort complex before they come to the ship. And people on the ship might go back to the resort and transmit the illness there. Another example: There's no required routine surveillance concerning whether someone becomes sick on a plane. The only complete reporting that goes on is on cruise ships. If you look for it, you'll find it, and we've been looking for it for more than 30 years. So there's some discussion about trying to establish some surveillance beyond cruise ships.