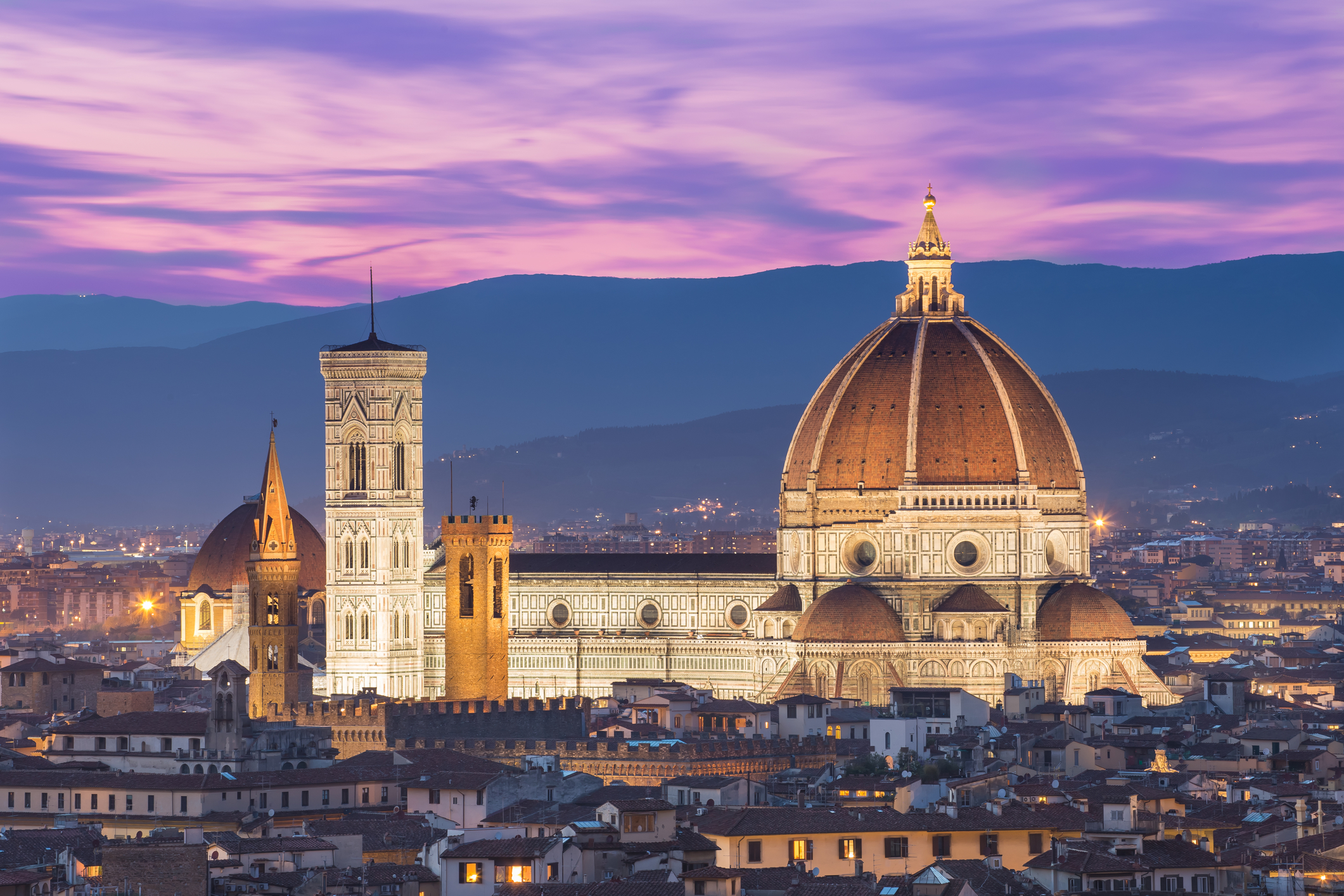 lxuskmitl/Dreamstime
There’s a great big world out there, and our latest “news you can use” may inspire a trip you never knew you needed.

From a discounted African safari to a plate of Massachusetts scallops, from a tour of the art of Florence to the sound of a mountain stream delivered right to your earbuds, this week’s travel news is all about pushing boundaries and seeing more.

This news takes the concept of Shoulder Season to the next level. The United States Tour Operators Association’s (USTOA) Travel Together Month (September 1 - 30) will offer exclusive savings, perks and airfare deals on dozens and dozens of amazing trips around the world. “Cruises, safaris, walking tours, independent trips, and more… Travel Together Month includes a wide variety of live-like-a-local experiences in countries around the world” said Terry Dale, president and CEO of USTOA. From art and culture in European cities to wildlife in Africa and the South Pacific, these trips are high-end experiences with seriously discounted price tags, often saving travelers $1,000 per person.

STREAMING AUDIO FROM THE NATIONAL PARKS

YES, YOU CAN AFFORD NANTUCKET

You already know that the island of Nantucket, off the coast of Cape Cod, is gorgeous, popular, and pricey in summer. But did you know that the island’s population drops from 80,000 to 10,000 when vacationers head home for the fall? That leaves miles of beach and fun events like the Cranberry Festival, Half Marathon, and the opening of Nantucket Bay Scallop Season, plus plummeting hotel prices and shorter lines for Juice Bar’s ice cream (try the Crantucket, with cranberry ice cream and chocolate chunks) and seafood at Toppers and Brant Point Grill. 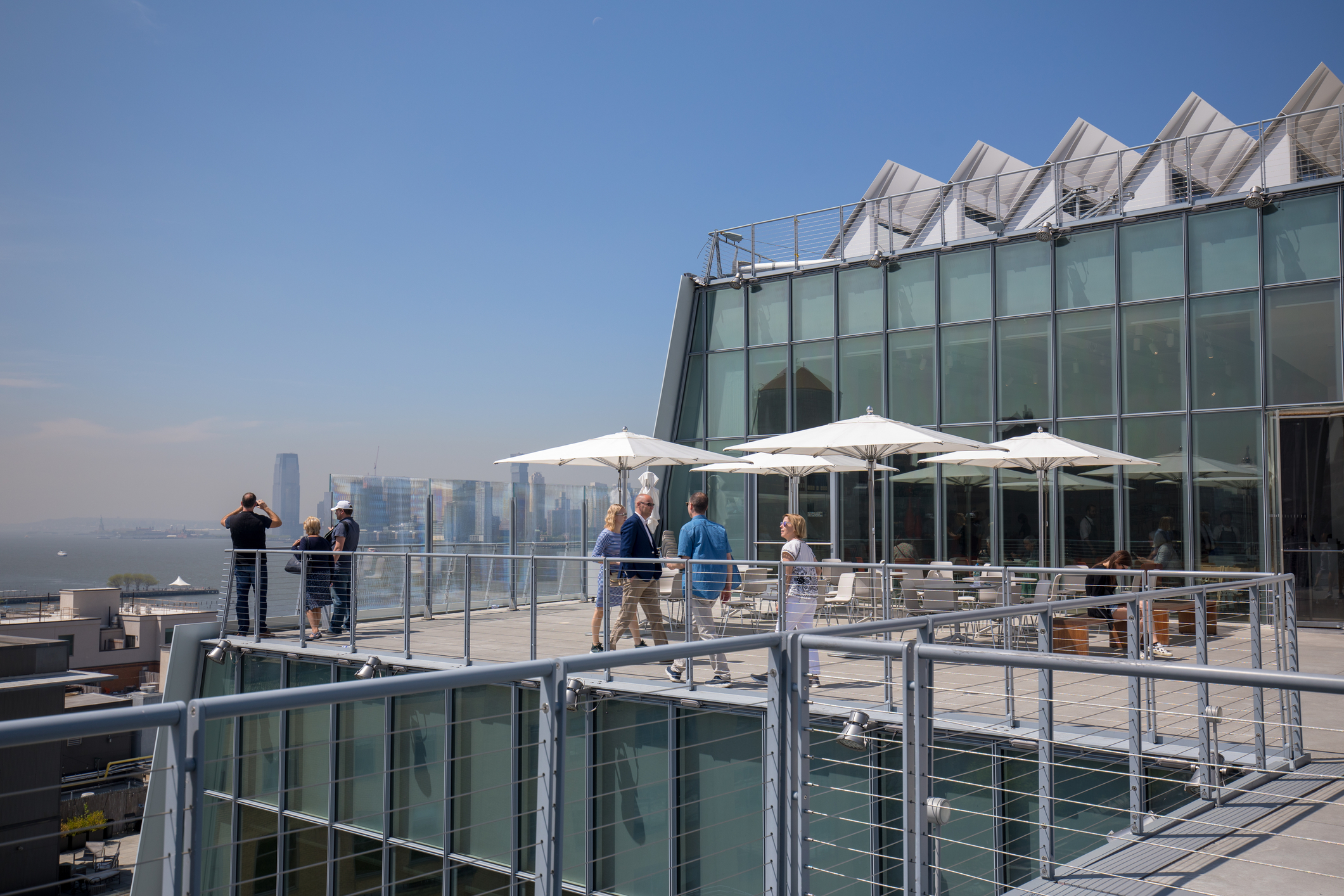 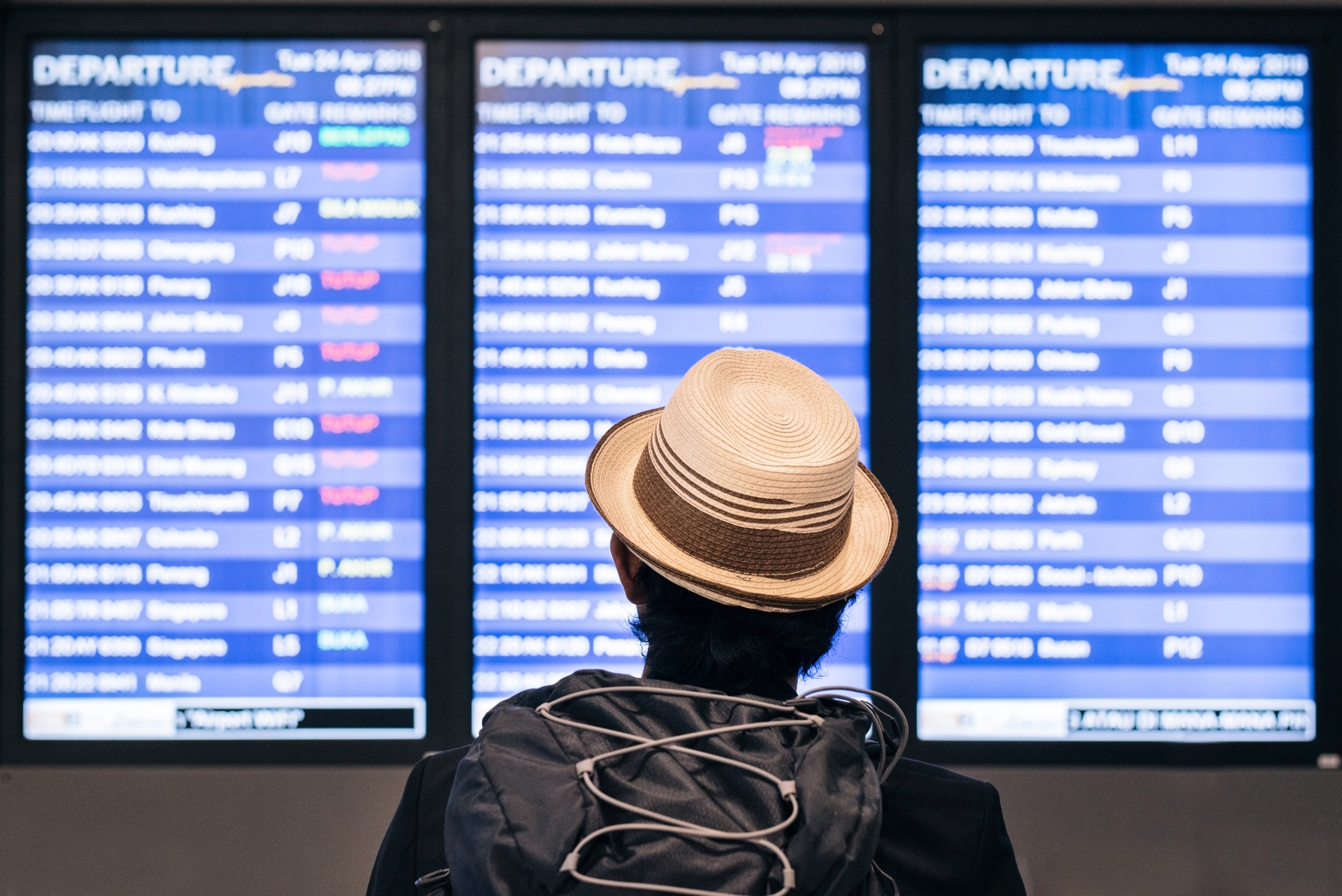 From the OMG-the-holidays-are-coming department to good news about America’s national parks, plus a look at the sometimes baffling array of airline loyalty programs, this week’s travel news is all about looking - and planning - ahead, BEST TIME TO BOOK THANKSGIVING FLIGHTS Don’t say we didn’t warn you: The best time to buy airline tickets for Thanksgiving 2018 may be… wait for it… next week. According to the data crunchers at the global travel search engine Skyscanner.com, the ideal window for savings is earlier than usual. The best week to book is the week of August 27, for savings up to 7 percent. The second best week to book is the week of October 1, for savings up to 6 percent. And don’t expect last-minute savings this year: The worst times to book are the weeks of November 12 and 19. L.L. BEAN SUPPORTS THE NATIONAL PARKS We wear our love for America’s national parks on our sleeve. We also wear our share of L.L. Bean apparel and gear. So today’s announcement that the Maine-based retailer will extend its support of the national parks with a multi-year, $3 million partnership with the National Park Foundation (NPF) for its Find Your Park program. “L.L.Bean’s investment helps power the movement to connect more people from all walks of life with the natural, cultural, and historical treasures found across the National Park System,” said Will Shafroth, president of the National Park Foundation, the official nonprofit partner of the National Park Service. “Once people discover how accessible these places are, they develop a lifelong passion for exploring and protecting them.” AIRLINE LOYALTY PROGRAMS ARE STILL CONFUSING The J.D. Power 2018 Airline Loyalty Program Satisfaction Study pretty much confirms what some of you may already suspect: Roughly half of airline loyalty program members do not understand how to earn or redeem their points or miles. And, yes, since the whole purpose of airline loyalty programs is to earn and redeem points or miles, the finding is a bit of a Debbie Downer. The study does contain some good news: When airline staff address members by name and acknowledge their preferences, satisfaction rates rise. The top three loyalty programs in terms of overall member satisfaction are JetBlue Airways TrueBlue, Southwest Airlines Rapid Rewards, and Alaska Airlines Mileage Plan. 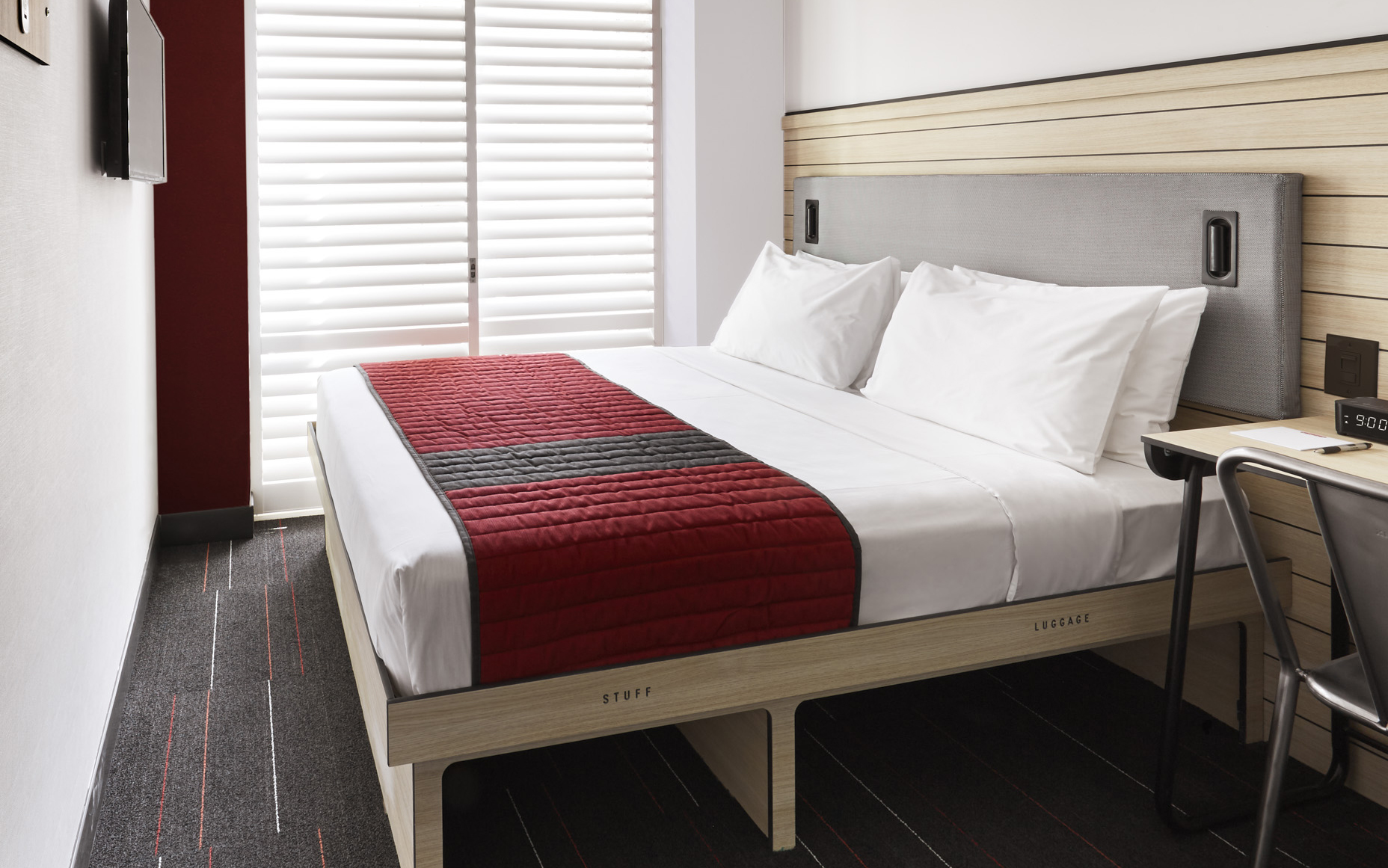 Travel News: Experience NYC’s New Pod Hotels, California’s Highway 1 Is Back in Action, and Save 30% or More With HotelTonight

From California’s ultimate epic drive to New York City’s beating heart, plus a new way to score incredible hotel savings, this week’s travel news is all about planning those fall getaways that are just around the corner. EXPERIENCE NYC’S NEW POD HOTELS Budget Travelers know that sometimes the secret to saving money on a trip is being open to new ideas. Maybe that’s why we’re psyched that The Pod Hotels have opened properties in NYC’s Times Square and Brooklyn. The concept is simple: Elegantly minimalist lodging at reasonable prices right in the heart of where you want to be. Pod Times Square launched in January and recently opened The Polynesian tiki-themed restaurant, all just a stone’s throw from Broadway theaters and hopping nightlife. And last month, Pod Brooklyn unveiled RFTP, a rooftop bar with stunningly Instagrammable skyline views and distinctive signature cocktails and food. CALIFORNIA’S HIGHWAY 1 IS BACK IN ACTION The Golden State’s most iconic road, Highway 1, is now completely reopened following 18 months of roadwork on portions that were closed due to flooding and mudslides. Last week, a “dream drive” caravan of more than 80 cars - from vintage to contemporary - made the (gorgeous!) drive down the Central Coast from Monterey to Morro Bay. “Driving Highway 1 is a bucket-list experience many travelers dream about, and its closure made headlines around the world,” said Caroline Beteta, Visit California President &amp; CEO. “Many communities along this stretch have suffered while the road has been closed. We’re proud to announce to the world that Highway 1 is open and better than ever, and the Central Coast is ready to welcome travelers looking for the ultimate California road trip.” SAVE 30% OR MORE WITH HOTELTONIGHT You already know that the HotelTonight app can be one of the easiest ways to nab last-minute hotel deals, right? A new feature called ''Daily Drop'' will deliver at least 30% off online travel agency (OTA) rates. The only catch? You’ve got to pounce. You receive a daily deal on a hotel that’s matched to you, and you have 15 minutes to unlock and book the deal. 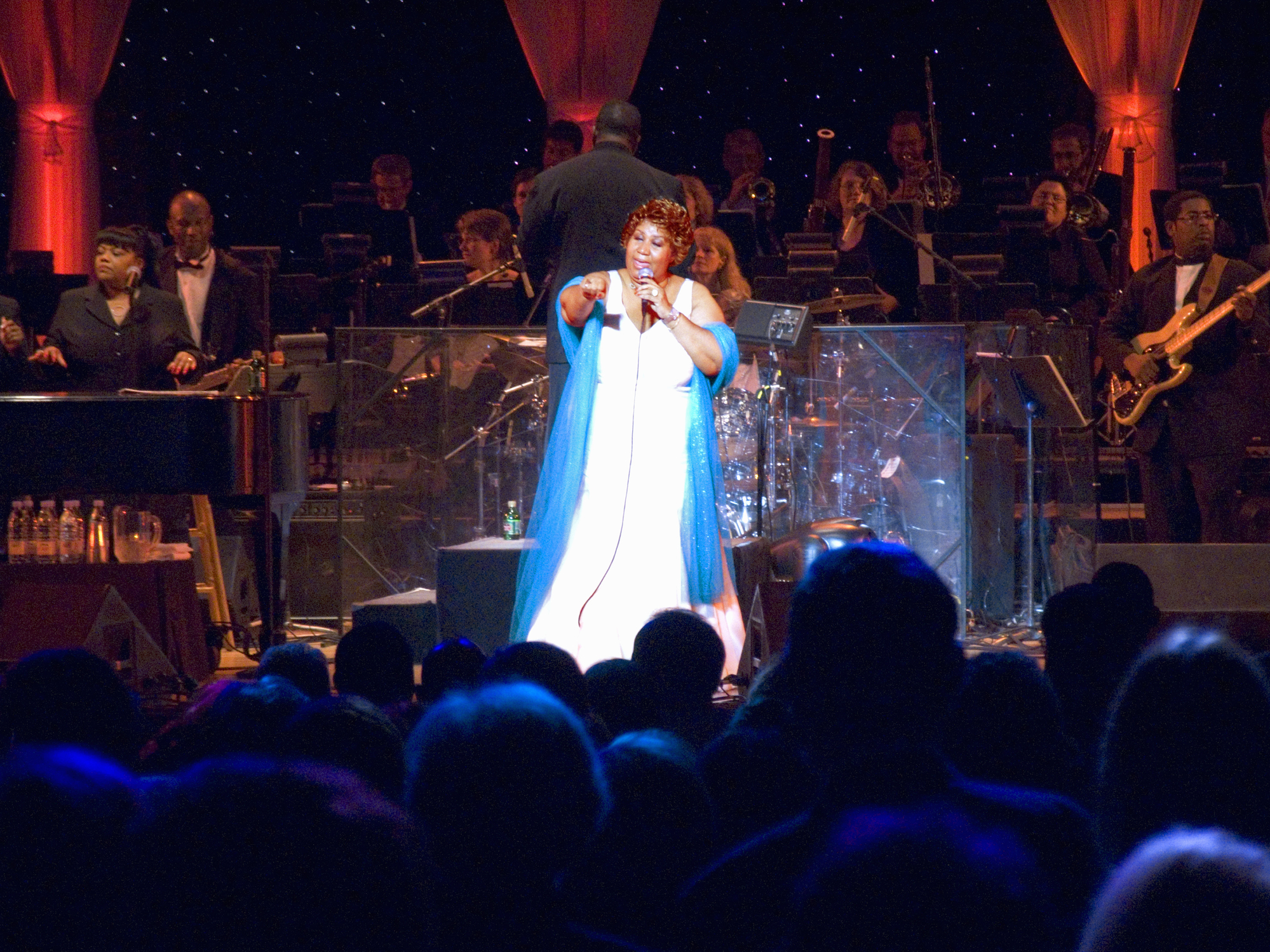 Travel News: Tour the Queen of Soul’s Recording Studio, Free Museum Entry on 9/22, and Get a Slice of Pie on Your B&B Pillow

From the funkiest corner of Alabama to free museum entry across the U.S., not to mention the sweetest B&amp;B perk we’ve heard in a long time (it involves pie), this week’s travel news is all about making the most of your vacation days. TOUR THE QUEEN OF SOUL’S RECORDING STUDIO It is impossible to overstate Aretha Franklin’s musical abilities and cultural impact. We mourn the passing of the singer, songwriter, and pianist whose songs helped define the American experience of the past five decades. Travelers who wish to celebrate the Queen of Soul’s legacy may want to head to FAME Studios at Muscle Shoals, in Florence, AL, where, in 1967, Franklin recorded her fiercely brilliant breakthrough album, “I Never Loved a Man the Way I Love You,” including the classic “Respect.” Swampette Tours (visitflorenceal.com) can take you on a guided tour of the studio, which includes the piano Franklin played, plus a visit to the nearby Alabama Music Hall of Fame. FREE MUSEUM ENTRY ON 9/22 Our friends at Smithsonian magazine are delivering their 14th annual Museum Day, with tickets now available for download. On Saturday, September 22, 2018, museums across the U.S. will adopt the free-entry policy of the Smithsonian, opening their doors visitors who present a Museum Day ticket, which provides free admission to the ticket holder and one guest. Check out the list of participating museums and download a ticket at smithsonianmag.com. GET A SLICE OF PIE ON YOUR B&amp;B PILLOW Sure, you’ve had turndown service. Maybe it included chocolate? Or flowers? How about pie? No? Well… Caldwell House Bed and Breakfast (caldwellhouse.com), in Salisbury Mills, in New York’s beautiful Hudson Valley, is offering guests a slice of pie on their pillow from September 4 through 30. The inn will be baking fresh pies using locally sourced ingredients, then placing a tasty slice atop each guest’s pillow as part of its annual Pie on the Pillow turndown service. “The pie on the pillow gets bigger and bigger in demand each year,” said Dena Finneran, who co-owns the bed and breakfast with her husband, John. “Our guests return each Fall to enjoy the pies and the foliage.”