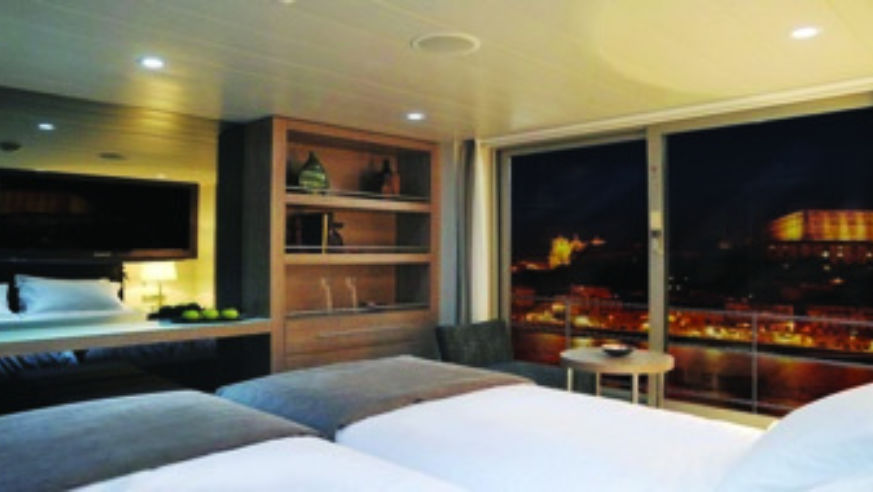 After a relative slowdown in new ship launches spurred by the downturn, the increasingly popular travel style is back in action with a cornucopia of new ships launching this year on rivers across Europe, Russia, China and Southeast Asia. For everyone from the novice to the consummate river cruiser, here are some highlights of what the reborn river cruise market has to offer:

In May, Avalon Waterways is unveiling what it has deemed its first-ever "suite ship," the Avalon Panorama. What is a suite ship you ask? According to Avalon, a ship with 64 newly-configured, 200-square-foot suites on the top two decks, each with an 11-foot wide, floor-to-ceiling, wall-to-wall panoramic window. (Cruises start from $1,099, per person, based on double occupancy.)

Viking River Cruises' new 188-passenger Viking Prestige will sail the Danube River between Budapest to Nuremberg, and is being built with eco- friendly engines, 310 square-foot suites, and French balconies on the upper and middle decks. (Cruises start from $1,256, per person, based on double occupancy.)

And, Tauck will christen the new 118-passenger Treasures in August, which will have hotel-style bedding (bedding standards have slowly been increasing on river cruises). (Cruises start from $4,490, per person, based on double occupancy.)

Uniworld and Ama Waterways are trying to bring new life to the Russian river cruise market by launching the 206-passenger River Victoria and the 212-passenger Amakatarina, respectively. Both will sail the Volga River between Moscow and St. Petersburg and are refurbs of older vessels that promise larger cabins and all-new amenities. (Cruises on the River Victoria start at $3,299, and at $3,299 on the Amakatarina, per person, based on double occupancy.)

On China's Yangtze River, known for the scenic Three Gorges area and dam, Viking is replacing the Viking Century Sun with the 264-passenger Viking Emerald. All staterooms will have balconies, and the two presidential suites will measure 840 square feet each. (Cruises start from $2,442, per person, based on double occupancy.)

Ama Waterways is launching its second ship on the Mekong River in 2011, the 124-passenger Amalotus, which will sail through Vietnam and Cambodia, and like its sister ship the 92-passenger La Marguerite, is being designed with a charming, colonial Southeast Asia aesthetic (think lots of wood paneling). (Cruises start from $1,799, per person, based on double occupancy.)

Check out our hand-selected cruise deals

Cruising: The pros of going small