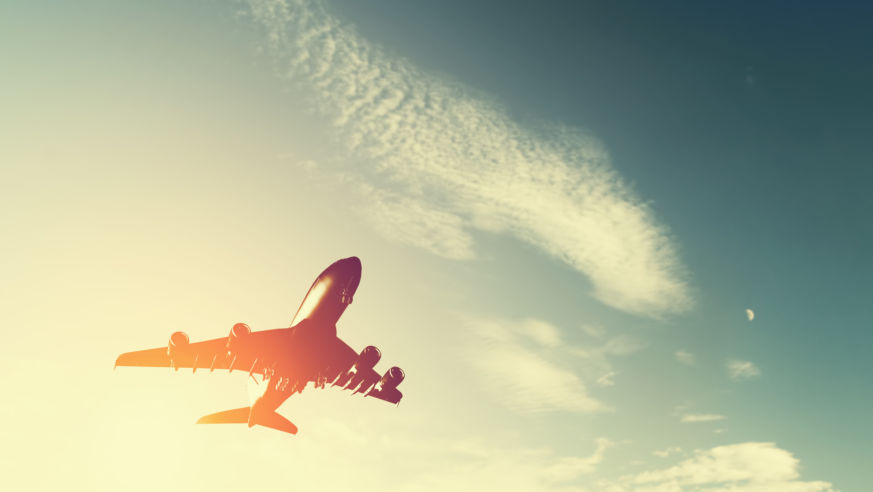 From snacks to meals, a new study dishes on the nutritional value of airlines' food.

It’s happened to the best of us: You’re sitting 35,000 feet in the air and hunger takes hold. Like, uncompromising, I-just-ran-from-a-jaguar-caliber hunger. And the temptation to eat anything that passes through your field of vision is severe. That diet? That commitment to cut back on additives and processed food? Out the window. But it’s important to remember as the food lands on your seat-back tray that all airplane food is not equal.

In the 2018-2019 Airline Food Study conducted by the Hunter College NYC Food Policy Center, Dr. Charles Platkin, the executive director and editor of DietDetective.com, undertook an exceptionally thorough investigation of 11 airlines’ food options, from snacks to meals, and provided the calorie count for each, as well as other bits of information, like the exercise equivalent for each calorie count, health ratings, prices, nutrition information, and even how transparent each airline is with nutrition information. He even includes which flights each option is available based on takeoff time and flight duration.

Coming out on top is Alaska Airlines, with the study noting that “Alaska’s meals are now on the lighter, better, and healthier side, having gone from ‘Island hash’ and teriyaki chicken bowls, for example, to Fall Harvest Salad on coast-to-coast flights.” The airline, which helpfully lists nutrition information on its app, allows main cabin passengers to reserve food from 12 hours to two weeks prior to the flight.

There were plenty of other interesting finds across the study as well. For instance, generally speaking, calorie counts have decreased. The average number of calories per menu choice in 2016 was 392, in 2017 it was 405 calories, and this year it dipped down to 373. American and Hawaiian Airlines have improved their offerings the most since the last study. On another happy note, the study noted that American and Delta serve complimentary meals in economy class on domestic flights, the likes of which haven’t been seen in over a decade.

The Challenges of In-Flight Dining

There’s a reason you get ravenous on a flight, even if you ate before takeoff. And even if the food might not look quite as inviting as a meal at a five-star restaurant, you’re likely to scarf it down nonetheless. Thing is, your body and your senses react differently to air at high altitudes than they do on the ground. For one, your senses are dulled, which means your taste buds need food that’s high in salt and fat for your brain to register feeling satisfied. It’s largely why tomato juice is so popular with flyers.

Challenges abound when it comes to serving food a mile in the air. Top among them are the logistics of the cabin. The time and space constraints that flight attendants deal with, not to mention interruptions that turbulence or passenger issues could cause, make food prep and service far more challenging than they are in a kitchen on earth. Plus the trays and plates are small, and equipment isn’t exactly designed to the same standards as a restaurant.

“Meat can be served medium-rare on a plane in flight, but if there’s turbulence, the hostess can’t get up and take it out of the oven at the right time,” Daniel Dilworth, director of Culinary Development for Danny Meyer’s Union Square’s catering business, told The New York Times in 2016 when Delta teamed up with the high-profile restaurant group to serve fine-dining-caliber meals in its Delta One cabin. “So it’s probably best just not to try to serve meat done to medium-rare.”

Delta wasn’t the first airline to recruit a celebrity chef to get a leg up in the increasingly competitive market for first-class passengers. Air France distinguished itself a few years ago by getting Alain Ducasse to endorse several food and wine pairings in its elite cabins, while United Airlines partnered with Charlie Trotter to develop menus and worked with alumni of his restaurant after he passed away in 2013.

These efforts to stand out are nothing new. Writing in The New York Times in 1973, longtime food journalist Raymond Sokolov notes that the competition—or “food wars,” as he calls it—began in 1962, when American collaborated with the famous New York restaurant 21 to develop first-class menus on cross-country flights: “Redchecked tablecloths, modeled after ‘21's’ napery, were used and the New York&dash;Los Angeles flight was dubbed Flight 21. Then TWA introduced its Royal Ambassador service. And then, in 1964, Eastern Airlines used famous Miami restaurants for its Captain's Table flights from New York to Miami. More recently, stewardesses have been set to tossing salads and carving steaks on carts. James Beard and Charles Chevillot have consulted with American (their casseroles were reportedly practical and delicious but not popular with steak&dash;loving passengers). And now United has hired Trader Vic.”

There are certainly more celebrity chefs now than ever before, so time will tell who gets recruited to design a gourmet mile-high menu next.