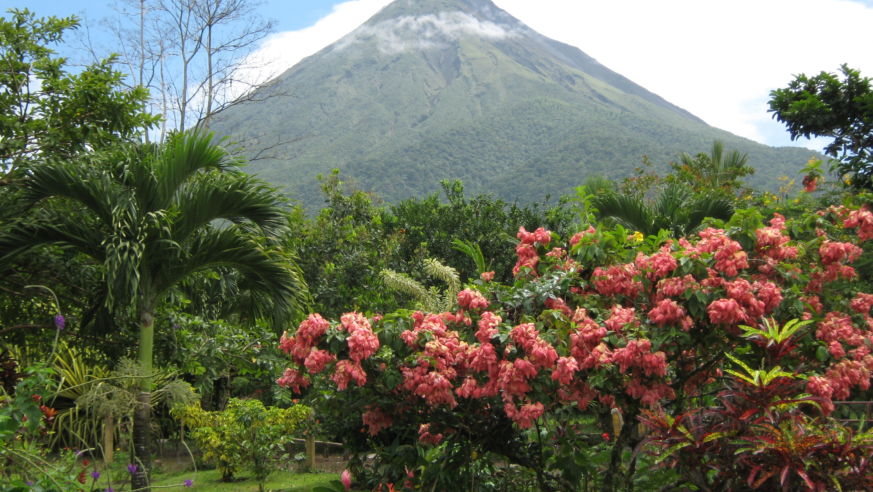 Costa Rica is not only gorgeous and affordable. It's also one of the best countries for expats.

If you're dreaming of the ultimate escape, these are the best countries for expats in 2017.

What traveler hasn’t gone on vacation, fallen just a little bit in love with a new locale, and fantasized about picking up and moving?

It’s not hard to see the upside of expat life, but those truly considering taking the leap can’t afford to wear rose-colored glasses—not all destinations were created equal. For insight into what it’s really like to live abroad, this year’s Expat Insider study ranks 65 countries on factors, ranging from feeling welcome to family well-being, based on more than 12,500 expats’ experiences. Here, the five locations that offer the warmest welcome to long-term residents.

Immigrants make up about half the total population of Bahrain, and they seem to be flocking there for good reason. Expats named this archipelago in the Persian Gulf the best overall destination and the easiest place to settle, even without speaking the language—25 percent of local survey respondents said they started to feel at home right away. With a capital city boasting a mix of avant garde and traditional architecture, a lively food scene, and a dynamic artistic community, it’s a country that extends a warm welcome. Culture vultures should be sure to check out Manama’s postmodern museum or catch a show at the third-largest theater in the Middle East, while those with a historical bent should see Beit Sheikh Isa Bin Ali Al Khalifa, a circa 1800 home in Muharraq Island that gives a glimpse of ruling-class life in the time before oil. There’s also Bahrain Fort, built by the Portuguese in the 16th century, and the lesser-visited Arad Fort, built by the Bedouins a hundred years earlier, not to mention mosques, markets, and malls galore. Don’t miss: The Tree of Life, a 400-year-old mesquite thriving in the desert.

For folks unwilling to give up a social circle in exchange for warm sun and sandy beaches, Costa Rica is the place to be. Known for its sustainable adventure travel and pura vida perspective, this Central American country claimed the runner-up slot with its gregarious population, a painless acclimatization process, high quality of life, and family-friendly atmosphere. And with greater biodiversity than America and Europe combined, plus environmental protections for more than a quarter of the country, Costa Rica is a wildlife enthusiast’s paradise. Scope out monkeys, sloths, tropical birds, and frogs in one of the many national parks, or combine your love of animals with a volunteer stint at a rescue center on the Caribbean coast. It’s not all eco-tourism—the capital of San José, with its neoclassical theater and jade museum, provides a respite from all that nature—but there’s no shortage of outdoor endeavors here, from surfing in Pavones to white-water rafting in Turrialba. Don’t miss: Volcán Arenal, a recently active, resting volcano, located in a national park rife with hiking trails and lava fields.

A perennial expat favorite, Mexico has appeared in the survey’s top five since its inception in 2014, and this year, America’s south-of-the-border neighbor takes third place—even with a few points docked for healthcare and safety. With 74 percent reporting general satisfaction with their financial situation, respondents raved about the low cost of living, the ease of settling in, great weather, amazing food, and a welcoming population, all of which are a boon to visitors and residents alike. Check the state department’s advisories before you book, obviously, but try not to let a bad reputation cloud your vision—this geographically diverse country rewards the intrepid traveler. Explore the sprawling metropolis of Mexico City, befriend artists in San Miguel de Allende, take a train through the Copper Canyon, or chill out on the Yucatán Peninsula or the Riviera Maya—and that’s just the tip of the iceberg. Don’t miss: The ancient temples of Palenque, awe-inspiring Mayan ruins in the middle of the jungle.

Last year’s winner dropped a few spots in 2017, but Taiwan still ranked second in the overall quality of life index, taking top honors in the health and well-being category, earning great reviews for its transportation infrastructure, and claiming the highest percentage of expats who are completely satisfied with their healthcare. Though its environmental quality is cited as average, thanks to rapid industrialization, this island nation off the coast of China has no shortage of natural beauty. Hike the stunning Taroko Gorge (or for more serious climbers, summit the main peak at Snow Mountain), go diving at Kenting National Park, a reserve spanning the southern tip of the island, or jump in a hot spring in Wulai. And when you’ve had enough of the great outdoors, Taipei awaits. Between temple visits and shopping on Dihua Street, set aside time for the National Palace Museum’s impressive collection of Chinese art, take the elevator up to the 89th-floor observatory of Taipei 101, once the world’s tallest building, and grab a snack at the bustling Shillin Night Market. Don’t miss: The 19th-century Dalongdong Baoan Temple, a beautifully restored, UNESCO-recognized archetype of historic Taiwanese architecture.

Crowning the quality of living index for its moderate temperatures and abundance of leisure activities, Portugal rounds out this year’s top five. Expats here are a happy bunch—93 percent of respondents say they’re satisfied with life on the Iberian Peninsula, rating it first in terms of friendliness and feeling welcome, and literally no one had a bad thing to say about the country’s climate or weather. For visitors seeking fun and sun in an approachable atmosphere, that’s good news. In Lisbon, meander through the narrow streets of the Alfama district, hit the beach in Cascais and the wine bars in Bairro Alto (making sure to save room for pastéis de nata, those much-beloved custard tarts found all over the the city, most famously on the Rua de Belém), and cruise the miradouros, a collection of terraces overlooking the city, for unbeatable skyline views; in Porto, gawk at the gold leaf–laden baroque interiors of the Igreja de São Francisco, wander the medieval alleys of Ribeira in the city’s historic center, and tour a port-wine cellar or plan a daytrip to the justly renowned Douro Valley wine region. Don’t miss: Sintra, a dreamy hillside town that’s home to colorful villas, lavish palaces, and the ruins of a 10th-century Moorish castle.