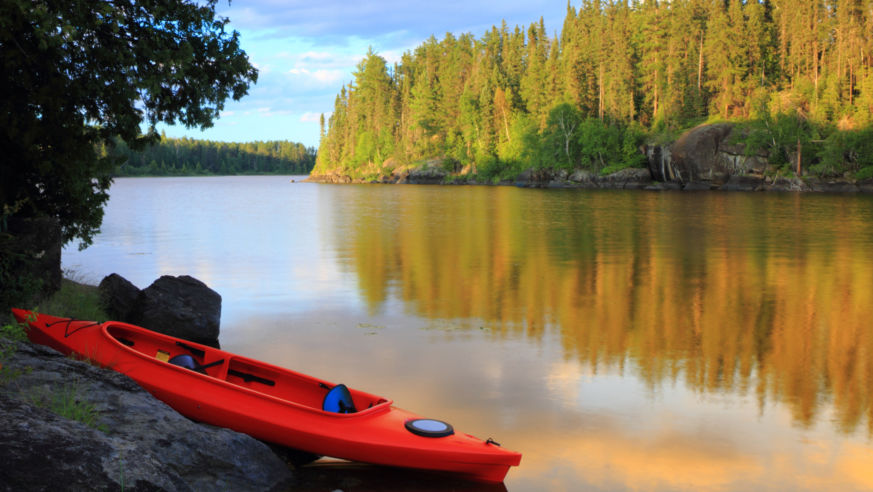 Find out why Minnesota is the happiest state in the nation.

A new study examines the 50 states to discover where Americans are living their best lives.

What makes us happy? What is happiness, anyway?

The most recent attempt to define and quantify the intangible comes courtesy of financial website WalletHub, which assembled a team of experts to rank the 50 U.S. states in terms of contentment, based on relevant research in three categories: emotional and physical well-being, work environment, and community and environment. Per WalletHub’s Richie Bernardo, “previous studies have found that good economic, emotional, physical, and social health are all key to a well-balanced and fulfilled life,” and this one aimed “to determine where Americans exhibit the best combination of these factors.” You don’t need to relocate to reap the benefits—that sense of satisfaction just might be contagious for visitors.

The Land of 10,000 Lakes ranked in the top five in all three of the survey’s happiness categories for a first-place finish. That fresh water must be cleansing—residents get plenty of sleep, love to volunteer, and report low divorce rates, and the North Star State is the fourth-safest in the country. Minneapolis and its art, culture, and food scenes may grab the headlines, but over the years, Minnesota has been a perennialfavorite in our Coolest Small Towns contests, and it also hosts one of the best state fairs in the country.

The Beehive State took top honors in the survey’s work environment category and its community and environment category, bumping it up to second on the list (although it did poorly in the emotional and physical well-being category). Perhaps unsurprisingly, given its natural splendor and access to premiere hiking and skiing, it has one of the best sports-participation rates—and the fewest hours worked. Take full advantage of the state’s outdoor amenities and plan an epic road trip to Utah's unparalleled national parks.

The closest place Americans have to paradise may not have ranked #1 overall, but it shouldn’t come as a shock that Aloha State residents scored highest in emotional and physical well-being, with the lowest rates of adult depression in the U.S. Let that hang-loose, shaka attitude rub off on you as you explore the islands: From volcanoes, beaches, and jungles to shaved-ice and poke stands, there’s something for everyone. And we offer the ultimate Hawaii insider's tips, so take a deep breath and say ahhhh.

Second only to Hawaii in terms of emotional and physical well-being, the Golden State earns its moniker with low rates of depression and high rates of sports participation—not to mention its multiculturalcities, pristine coastline, and gorgeous views. The road trip wasn’t invented with the Pacific Coast Highway in mind, but it may as well have been, with classic routes tailor-made for those with a restless streak. Check out the Ventura County Coast, spend a long weekend in Monterey, or fall in love with San Francisco all over again.

Those Cornhuskers know a thing or two about living a well-balanced life, getting in their 40 winks while juggling volunteer opportunities and steady work, with the state boasting one of the lowest long-term unemployment rates in the country. Thanks to its museums, eateries, sports fandom, and reasonable prices, the city of Lincoln earned a spot on our 2017 list of Best Budget Destinations in America, but there’s more to Nebraska than its capital. Drive through the heartland and visit the Sandhills region, or tour around the state and take in its pioneer history; either way, you’ll be stretching your dollar as far as it’ll go.