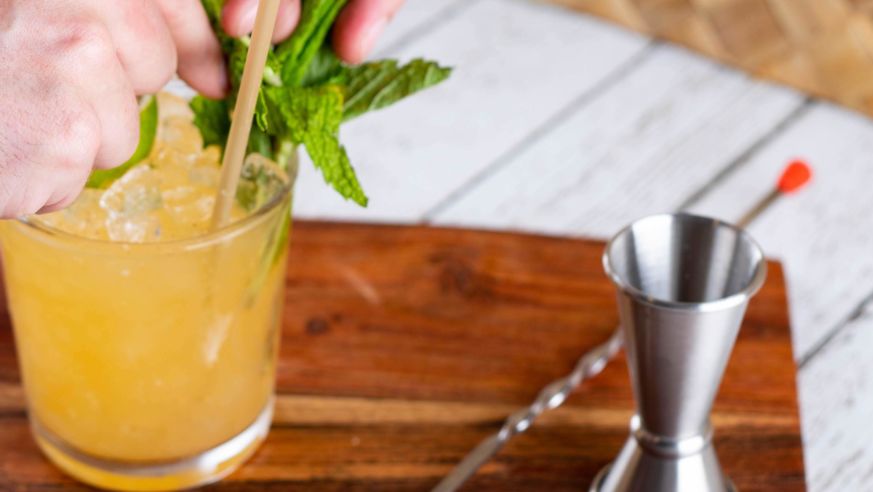 Long associated with sugary cocktails or just splashed into a Coke, rum is making its craft comeback at a few fine distillers around the US and the Caribbean.

Quick: what’s the first thing that comes to mind when someone mentions rum? Chances are you think about sticky-sweet, umbrella-garnished beach drinks, fraternity parties, or Coke. But in 2020, this historic spirit is more diverse, sophisticated and, most importantly, funner than ever before, as American small distilleries produce a variety of styles – both classic and creative. Their spirits can hold their own against time-tested legacy brands.

Like any craft spirit, rum is arguably best enjoyed at the source, where you can talk to distillers and see how it’s made. Here are a few to check out around the US and Caribbean when you’re passing by.

Yes, the Caribbean is the heartbeat of the rum industry and rum was a cornerstone of Colonial New England’s economy, but here’s a little lesser known fact: before the pilgrims arrived at Plymouth Rock, rum was drunk all along North Carolina’s coast. The region was a hub for the sugar trade, after all.

That’s one of the nuggets of info you’ll learn when you visit Lassiter Distilling Company, a rum-focused distillery in Knightdale, a charming town just off Route 64, which connects Raleigh to the beach. Among the many independent businesses that have sprung up here in the past few years is Lassiter, which is located in a gorgeous old railroad depot. Drop in on a Saturday for a distillery tour or schedule a visit for another day in advance. The husband and wife distiller/owners turn out a silver (unaged) rum, one that’s aged in classic American white oak and a clever Rum au Café that's infused with Raleigh Coffee Company coffee beans, each of which you can sample as part of the free tour. Got time? Stick around for a rum drink at their small yet elaborately designed tiki bar, which is open Thursday, Friday, and Saturday nights. 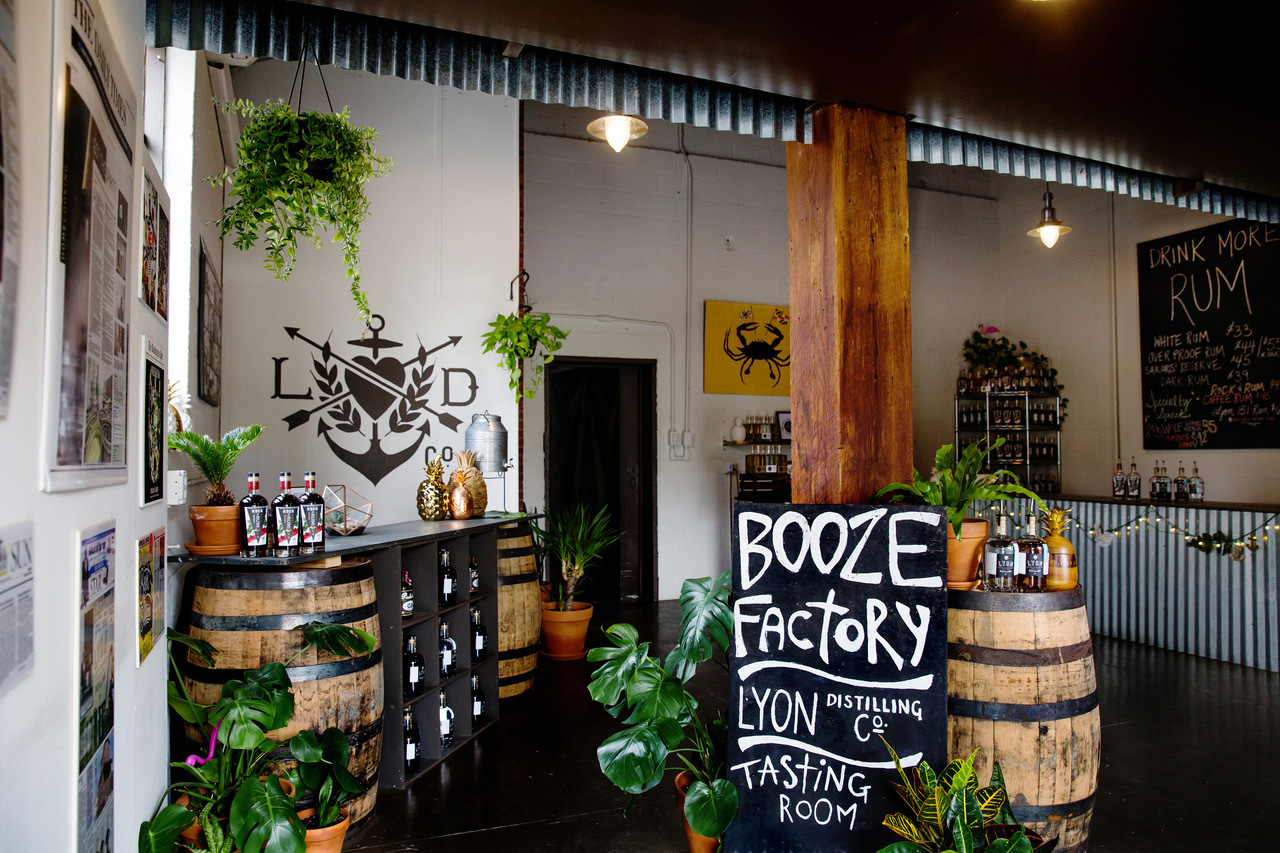 When Lyon Distilling launched in 2013, it completed a drinking trifecta. Now travelers can visit a brewery, a winery and a distillery, all within Saint Michaels, a one-square-mile town on the Chesapeake Bay’s picturesque eastern shore. Located 45 minutes from Annapolis and 90 minutes from Washington and Baltimore, the town attracts makers of all sorts, like boat-builders and brewers. That, along with the fact that the bywaters of the Chesapeake were a rum-running hub during Prohibition, convinced co-founder Jaime Windon that this was an ideal spot to open a distillery and make maritime spirits. “The proper shore is 90 minutes from us. With all the sailors coming through there, making rum feels right on Bay,” Windon says. Situated in a former flour mill, Lyon turns out dark and unaged rums, over-proof expressions, and several special products, like limited-edition holiday releases and coffee rum, a rich, enchanting spirit flavored with fresh ground coffee from a local roaster and cocoa shells from a DC chocolatier. Free tours with tastings are offered every day at 2PM.

Tourists have long traveled to Texas Hill Country, birthplace of Lyndon B. Johnson, to visit his ranch. This region, which extends to parts of Central and Southeast Texas, is covered with rocky soil, the kind that lends itself to fine vintages in Europe. Accordingly, it’s long been a draw for winemakers, and there are presently more than 65 wineries along the 25-mile strip of Interstate 290 that connects Fredericksburg to Johnson City. But that’s not why we’re here.

Hye – population: 100-plus – sits along that stretch and in addition the nearly dozen wineries you can visit there, you’ll find Garrison Brothers, a whiskey distillery, and Hye Rum, a distillery that opened in 2017. It’s set in a quaint house that co-owner Stephanie Houston describes as “slightly larger than a tiny house.” They produce five different French-island-inspired rums with molasses from Louisiana. Visit for a tour with the distiller then settle in at the low-key bar with a flight of rums, each of which delivers bold flavors befitting of the Lone Star State. A souvenir tasting glass is part of the package. Cocktail classes are also on offer.

Since the Obama administration relaxed restrictions on travel to Cuba, Americans have headed posthaste to this tropical island to ogle at its colorful architecture, abundant vintage cars, and so much else. The food, of course, is a big draw for many, but for some, the most compelling lure is the preferred spirit of one of Cuba’s most legendary residents, Ernest Hemingway, who penned seven books just outside Havana.

The historic and massive Havana Club distillery, which sits in the nation state’s capital, is not open to the public, but you can learn about the rum-making process – from sugar farming to barrel aging – and its history in great detail at the Havana Club Museum of Rum. Located in a colonial townhouse built in the 18th-century, the museum’s exhibits provide a closeup view of the many crafts involved in rum production, from building stills and constructing barrels to distillation. And, of course, you can experience the consumption part for yourself in the 1930s-era tasting room. 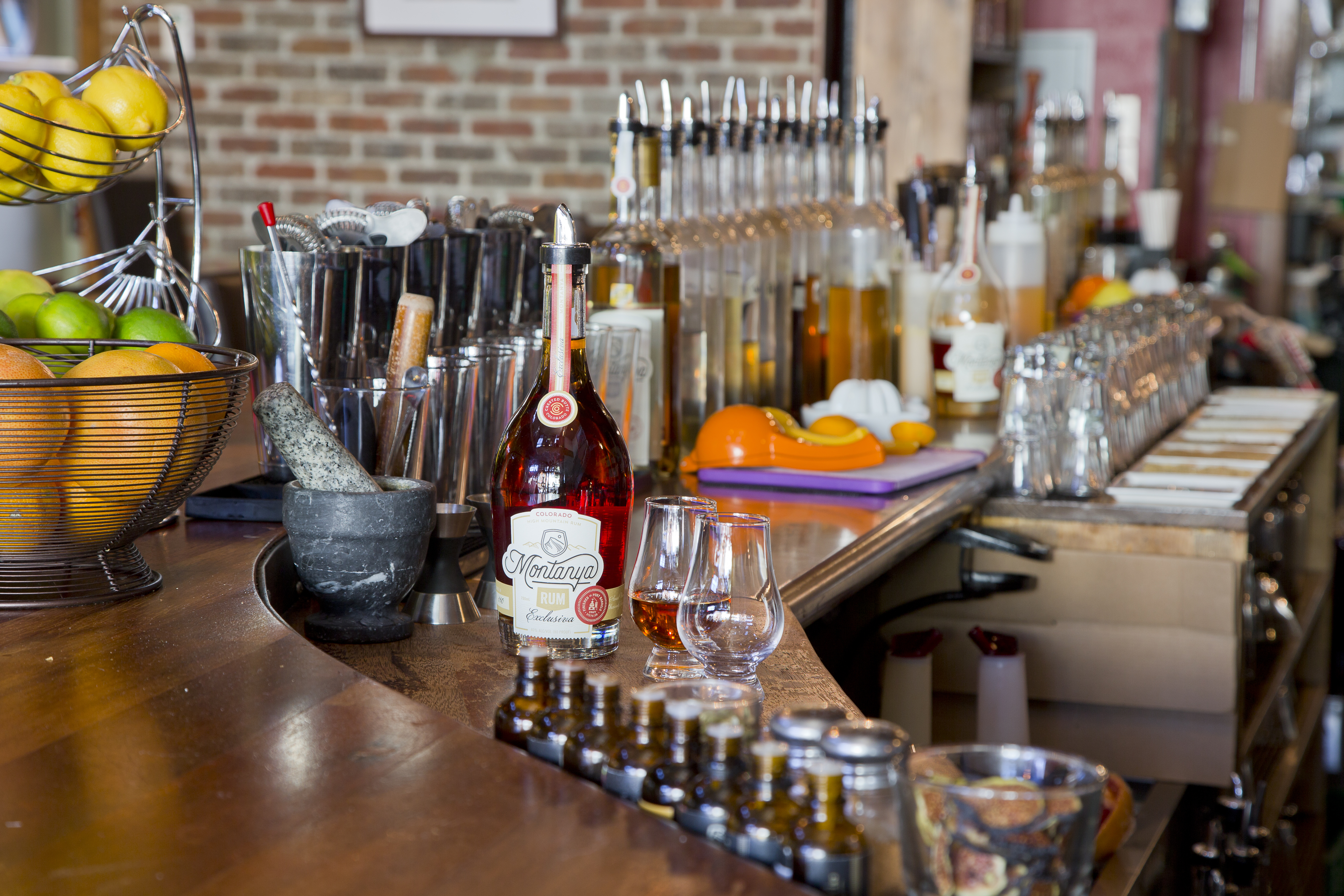 Situated in the West Elks, a little mountain range in the Rockies, Crested Butte is an incredible Colorado ski town and the wildflower capital of the United States. It’s also a mountain biking mecca and home of Montanya Distillers, a destination not only for its lively bar and restaurant, complete with live music, but for the in-depth lesson you can get on a tour about the quirks and beauty of making rum at 8800ft. Montanya’s staff, from founder and owner Karen Hoskin to the distillers to the bottling line, is 64% women, which is unique among the many producers in the world. Their special release, Valentina, highlights this, as every step in the process involved women.

See for yourself on one of the tours they offer every weekend. Tours are free, but a $5 recommended donation is passed on to a local charity. Go to learn about the distillation and aging process, stay to create your own cocktail with a variety of made-in-DC mixers like Element Shrubb’s inventive vinegar-based drinks (honeydew-jalapeno, anyone?) and natural syrups from Pratt Standard Cocktail Company.

In addition to aged and silver rums, the distillery produces whiskey from grains harvested from the surrounding rural property, as well as vodka, gin, and bourbon. They all meet the approval, by the way, of husband-and-wife owners’ pup Jaimee, a friendly Bernese mountain dog. Got one of your own? Feel free to bring him along for a play session.