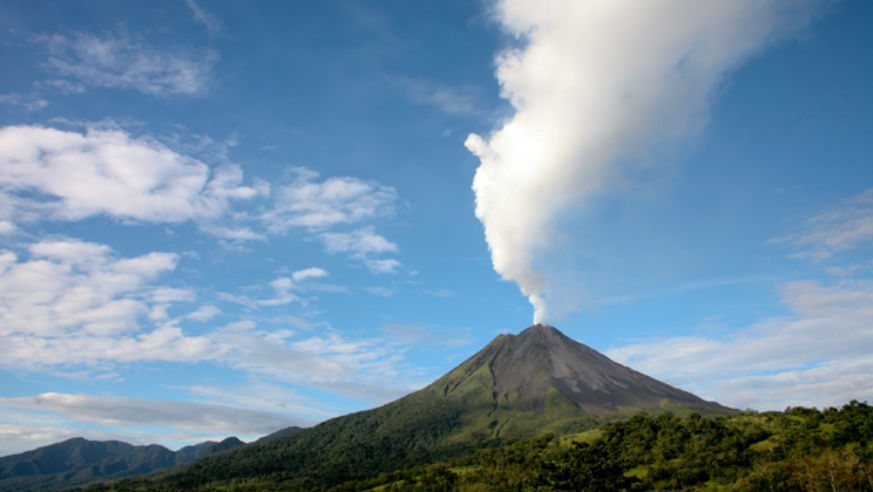 Be inspired by these readers' dream trips, including a perfect girlfriend getaway to Costa Rica.

We spend a lot of time choosing just the right deals to offer in our Real Deals section to make sure readers are getting the best trips at the best price. And we love to hear from readers who have scored the vacation of a lifetime. Here are seven true stories from those who found the perfect deal.

Whether it was a girlfriend getaway to Costa Rica or a romantic trip to the Swiss Alps, our readers have found great deals thanks to BT. Be inspired by their stories, and then check out ourReal Deals section to find your own perfect deal.

COSTA RICA
An unforgettable girlfriend getaway
"Costa Rica was always on my must-see list. Then, last December, my friend Karen and I found a Costa Rica deal from Capricorn Leisure in Budget Travel. It included airfare, hotels in three different areas, a half-day volcano trek, and a car rental. It was too good to pass up. In fact, it was so good that our friends Kathy and Teresa also wanted in. I was the navigator—I'm not so good with a stick shift. Some of the mountain roads are an adventure in themselves—very, very rough. But it was fun! It was the first time the four of us had all traveled together. We went zip lining, we drove and drove to a spice store in the middle of the rain forest, and at one point we were surrounded by hundreds of hummingbirds. When you're traveling with your girlfriends, it's kind of like, 'Oh, whatever. Let's just do it!'" —Nancy Miller, DeWitt, MI

Do It Yourself: A similar seven-night itinerary starts at $1,209 per person with Capricorn Leisure, including airfare, car rental, and hotel stays in Arenal, Monteverde, and Liberia. 800/426-6544, capricornleisure.com.

PERU
Hotel staff that go above and beyond the call of duty
"I'd never heard of the Inkaterra Lodge before it became a part of our Escapes Unlimited trip to Peru, so it was a pleasant surprise. Beautifully designed, and the meals were the best we had on the trip—I had to bring home a copy of the lunch menu knowing no one would believe the sophistication of the offerings. But the most amazing part was when I lost my passport, which had been inside my otherwise empty money belt. Once I mentioned it to the security people at the lodge, they not only searched the grounds, but also sent people up and down the river to all the places we'd stopped, like the butterfly house. No luck, but what an effort!" —Sheldon Roth, Northridge, CA

Do It Yourself: A similar two-night itinerary with Escapes Unlimited including a stay at the Inkaterra Reserva Amazonica starts at $570 per person including airport transfers, meals, and jungle walks. A five-night itinerary to Peru starts at $1,999 per person, including airfare between Miami and Lima, transportation within Peru, tours of Lima and Cusco, plus a visit to Machu Picchu. 800/243-7227, escapesltd.com.

BORNEO
A knowledgeable guide saves the day
The right tour guide can save your trip, but did you know he or she could save your life? It happened to Marvin and Felyce Thomas of Melbourne, FL. They were on a hike with their guide, Frankie, in the Semenggoh Nature Reserve on a Sayang Holidays trip to Borneo. "He pointed to this tree, and there was one of the deadliest snakes—a pit viper. I wasn't even five feet from it," Marvin says. Fortunately, not everything Frankie shared was that dramatic. He taught the couple traditional Iban dinner etiquette and, during an impromptu drive to a cemetery, how they should drop coins from the car window to pay the spirits who the Chinese believe own the road. "All tour guides have knowledge, but Frankie was a natural-born teacher," Felyce says. "He was superb."

Do It Yourself: A similar nine-night itinerary with Sayang Holidays starts at $3,499 per person, including airfare, transfers, hotels, and tours with an English-speaking guide.  888/472-9264, sayangholidays.com.

SWITZERLAND
Recommendations from local experts
"I've been a BT subscriber for years, and in 2008 I saw a listing for Untours. I thought there was nothing in Switzerland to interest me—but my husband is a mountain man. In Oberhofen, we were lucky enough to stay with a wonderful gentleman, Mr. Tanner. He suggested places to go, and he'd watch the weather report for us and say, 'Yep, weather's going to be good. Do it.' It's a much nicer experience, living in a house instead of a motel. You see people walking to school, saying hi to each other. It was an immersion, but I felt right at home." —Rosemary Lyford, Dunkirk, NY

Do It Yourself: A similar seven-night trip with Untours starts at $1,459 per person including private accommodations, airport transfers, and the services of a local representative. 888/868-6871, untours.com.

CAMBODIA
Personal touches 9,000 miles from home
On her 55th birthday, Sandy Snowe received a cake in her hotel room—9,000 miles from her Merritt Island, FL, home. "It was absolutely gorgeous," she says. It was also one of many personal touches she came to call "Andrea moments," after Andrea Ross, whose Southeast Asia tour company Journeys Within arranged Snowe's Cambodia trip. Snowe found Journeys Within, then less than a year old, through its first Real Deal, and Ross has developed a fondness for Real Deals fans, too. "BT readers are the people I stay in touch with," she says. "They set us up for success."

Do It Yourself: A similar seven-night trip with Journeys Within starts at $1,500 per person, including time at Angkor Wat and in the cities of Siem Reap and Phnom Penh, domestic flights within Cambodia, and many meals. 877/454-3672, journeys-within.com.

CHILEAN PATAGONIA
Home-cooked meals amid beautiful scenery
"My wife, Sarah, and I live in Manhattan. As lifelong big-city dwellers, a Knowmad trip to Chilean Patagonia was a 180-degree change for us. We wanted to be immersed, not pampered. Only twice did we eat in restaurants—instead, we ate with our hosts in local homes. We stayed with a couple in Cochamó Valley—at one point, we were eating fresh salmon the husband had caught the day before from the river that runs through their property. What I remember most: the wood stoves. There's one in everybody's kitchen, going 24 hours a day. The coffee's always on, and you can smell the wood smoke all throughout the house. I'm desperate to find a way to import the stoves to New York—I just don't know of too many landlords who would allow it." —Ben Sevier, New York, NY

Do It Yourself: A similar eight-night itinerary with Knowmad Adventures starts at $2,170 per person, including activities like biking, hiking, and horseback riding through Patagonia. 877/616-8747, knowmadadventures.com.

TURKEY
A private tour through hundreds of years of history
Fran and Bill Howard have braved their share of crowded bus tours—in Peru, Costa Rica, etc—-and they were all fine. After all, travel is supposed to be a social endeavor, right? So imagine the Howards' surprise when they signed up for a 10-day, seven-city vacation in Turkey with Foreign Independent Tours—and they were the only people in the group. "We were really surprised they didn't cancel," says Fran, of Laguna Woods, CA. The best part, aside from the fact that they could sit in any seat—or every seat!—on their VIP bus, "was that they had a personal tour guide. He was willing to stop anywhere they wanted, as long as they got to their final destination on time every day. "If it was there, we saw it," says Fran. "St. Mary's house, the city of Metropolis, Cleopatra's swimming pool—which people are still swimming in—the Trojan Horse, temples, stadiums. We certainly got our money's worth."

Do It Yourself: A similar nine-night itinerary with Foreign Independent Tours starts at $1,129 per person including ground transportation, guided tours of historic sites throughout the country, and overnights in Istanbul, Cappadocia, Pamukkale, Kusadasi, and Canakkale. 800/248-3487, fittours.com.