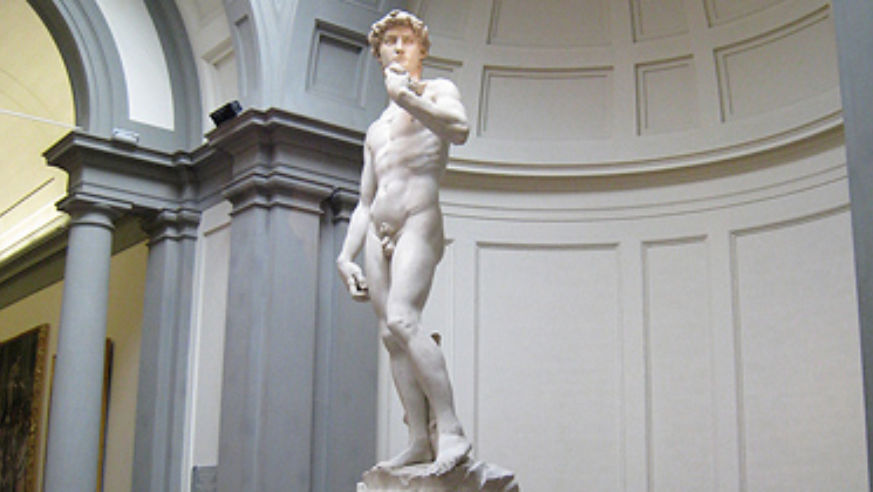 The 35-year-old, dashing mayor of Florence, Matteo Renzi, wants to shake things up in the Renaissance city. He converted the Duomo's clogged piazza into a pedestrian-only zone, as we reported last fall, and declared it a collective goal to get Florence into the ranks of contemporary cultural capitals.

In another bold move, Renzi has reopened a longstanding debate over who owns the iconic David statue—and gets to pocket its €8 million ($10 million) in annual ticket sales. The money currently goes to the Rome-based federal government. Renzi argues that Florence ought to benefit from the tourists who crowd the streets and pay up to see the masterpiece, carved by Florence native Michelangelo in 1504 as a symbol of the then city-state's resilience against its enemies.

Italy's Heritage Ministry commissioned a study to decide the rightful owner and announced earlier this week that the Italian government—the Goliath in this particular battle—came out the winner. The decision was based on the fact that in 1873 the Italian government footed the bill to move the David from outside the Palazzo Vecchio (site of the mayor's office) to its current spot, sheltered within the Accademia.

In an interview with newspaper La Repubblica, Renzi said: "This debate is surreal. The historic documents are very clear, and whoever challenges the ownership of the David would also have to challenge that of the Palazzo Vecchio, something no one would dream of doing. This is really a political issue about the relationship between the city and the state."

Culture Minister Sandro Bondi labeled the debate as "absurd and untimely" and proposed a joint management of the David, according to the AFP. Renzi has said that he's ready and waiting to chat with Bondi.

Meanwhile, defying the Italian tradition of lazy Augusts, Renzi issued an ultimatum to the Accademia and the Uffizi to clean up their graffiti-covered walls within 10 days.