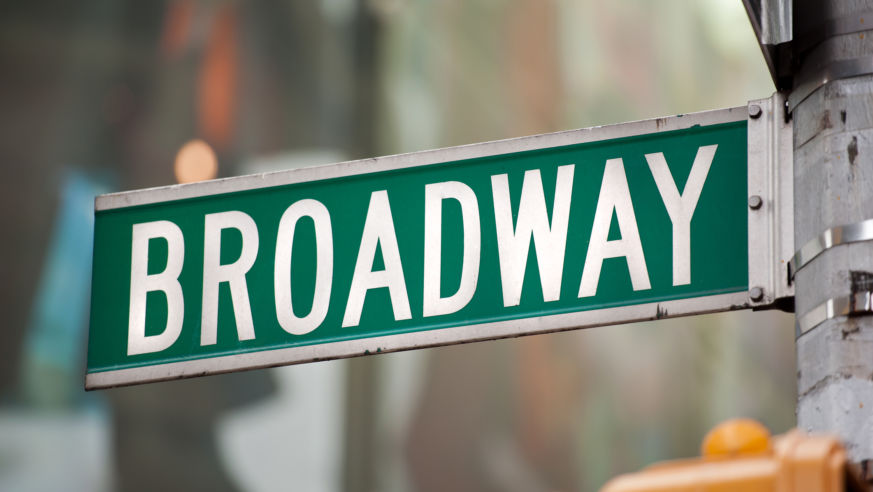 Upgrade your lunch break with a Tony-winning musical.

This summer, you won’t have to visit New York’s theater district to get a taste of the Broadway action.

Broadway in the Boros

Broadway in the Boros releases musical theater talent from the confines of Times Square for a free lunchtime performance series.

Starting this month, as part of the city’s fourth-annual Broadway in the Boros series, cast and musicians from eight big musicals will take the show on the road, making the magic happen in public plazas across the outer boroughs. The lunchtime series kicked off earlier this month in Brooklyn, with the critical darlings from Hadestown (nominated in 14 Tony categories and victorious in eight) partnering with the Mean Girls crew at Bed-Stuy’s Restoration Plaza.

The Prom & LGBTQ Pride in Queens

On June 28, for World Pride Month, representatives from LGBTQ hit The Prom and contemporary sci-fi musical Be More Chill will perform in Jackson Heights, Queens. “My district is home to one of the largest and most diverse LGBTQ communities in the nation,” said NYC Council LGBT Caucus chair Daniel Dromm, ”which makes this event’s official World Pride designation very fitting.”

Beautiful in the Bronx & Beetlejuice in Staten Island

The party continues in the Bronx on July 12, with numbers from Beautiful: The Carole King Musical and Wicked, and wraps in Staten Island on July 28 with newcomer Beetlejuice and long-running fan favorite Chicago rounding out the bill. (For the uninitiated, the free ferry from lower Manhattan to Staten Island offers great views of the skyline and the Statue of Liberty, and the neighborhood of St. George has plenty to keep you busy once you reach the other side.)

“The Arts Are For Everyone”

Providing free entertainment far from the chaos of Times Square, the program aims to connect local communities – and lucky travelers too – with a hallmark of the city that’s often inaccessible to its broader population. “The arts are for everyone,” said Brooklyn borough President Eric Adams, “and the cast members, musicians, and cultural partners who make this series possible embody that ongoing mission.”