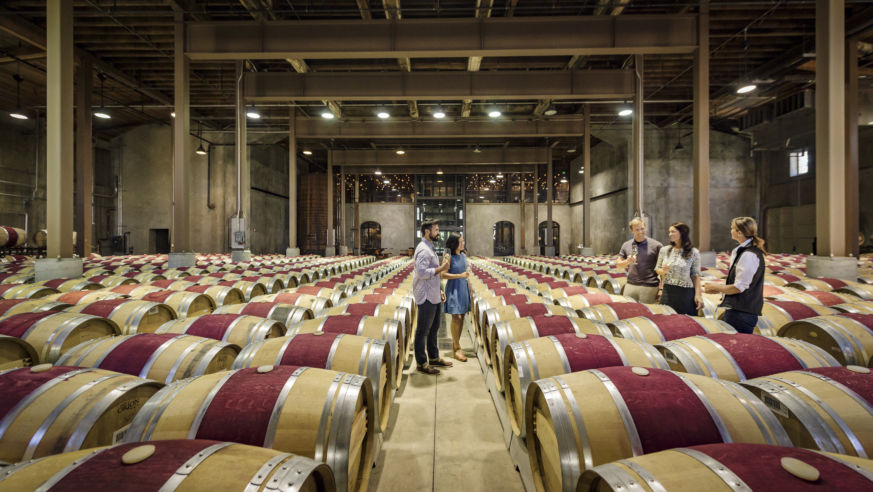 Savor wine tasting at these 7 legendary American wineries that have been popping corks for over 100 years. From California to Texas to Missouri to New York: Where will you sip next?

Thomas Jefferson, America’s founding oenophile, was onto something when he tried to plant vitis vinifera—the European grape vines of which he was so fond—in Virginia. But he wasn’t the only one to make a go of grape-growing in the United States. While today, you can find producers growing grapes and making vino in every single state of the union, there are a few that have been doing it as far back as the early 19th century. Next time you’re thirsty for a little history, pop into one of these seven wineries where they pour out the past as well as the pinot.

Although it didn’t start labeling wines under the Brotherhood name until the 1890s, original owner, Jean Jacques, first began producing wine from vines on his duo of Hudson Valley estates in 1839. Brotherhood marks that date as its launch into the world, making it the oldest continuously operating winery in the U.S., a designation that earned it a spot on the National Register of Historical Places. Book a tour through the hand-excavated cellars—some of the largest and most elaborate in the country—to hear about all the underground secrets stashed away here. Learn more about Jacques and the second owners, the Emersons, who kept the winery alive during Prohibition via sacramental wine. Or simply sip a glass of Brotherhood bubbly on the stone patio and take in the stately old stone buildings and beauty of the Hudson Valley.

If Brotherhood gets the nod for oldest continuously operated winery, Wente wins for being the oldest continuously operated winery owned by the same family, now in its 5th generation. Carl Heinrich Wente came to America seeking his fortune in 1880, got a job working for another vine-minded German immigrant, Charles Krug (see below), and by 1883 bought land in Livermore, establishing the Wente Bros. Winery. Like Brotherhood, the family kept the operation going with sacramental wine during Prohibition. But what you really need to know about Wente is that they make spectacular chardonnay—so good that in the early 20th century, the vineyard cultivated its own award-winning clone (that is, a vine re-created over and over from the cuttings of grapevines that have particularly alluring qualities, be they anything from hardiness to aromatics). In 1936, Wente became the first winery in the United States to put the name of a grape variety on its labels—meaning that today, when you buy a bottle of sauvignon blanc or cabernet at your local store, you have Wente to thank because before that, it was just “wine”—which is not so conducive to figuring out what goes best with your wild-caught salmon or Tomahawk steak. 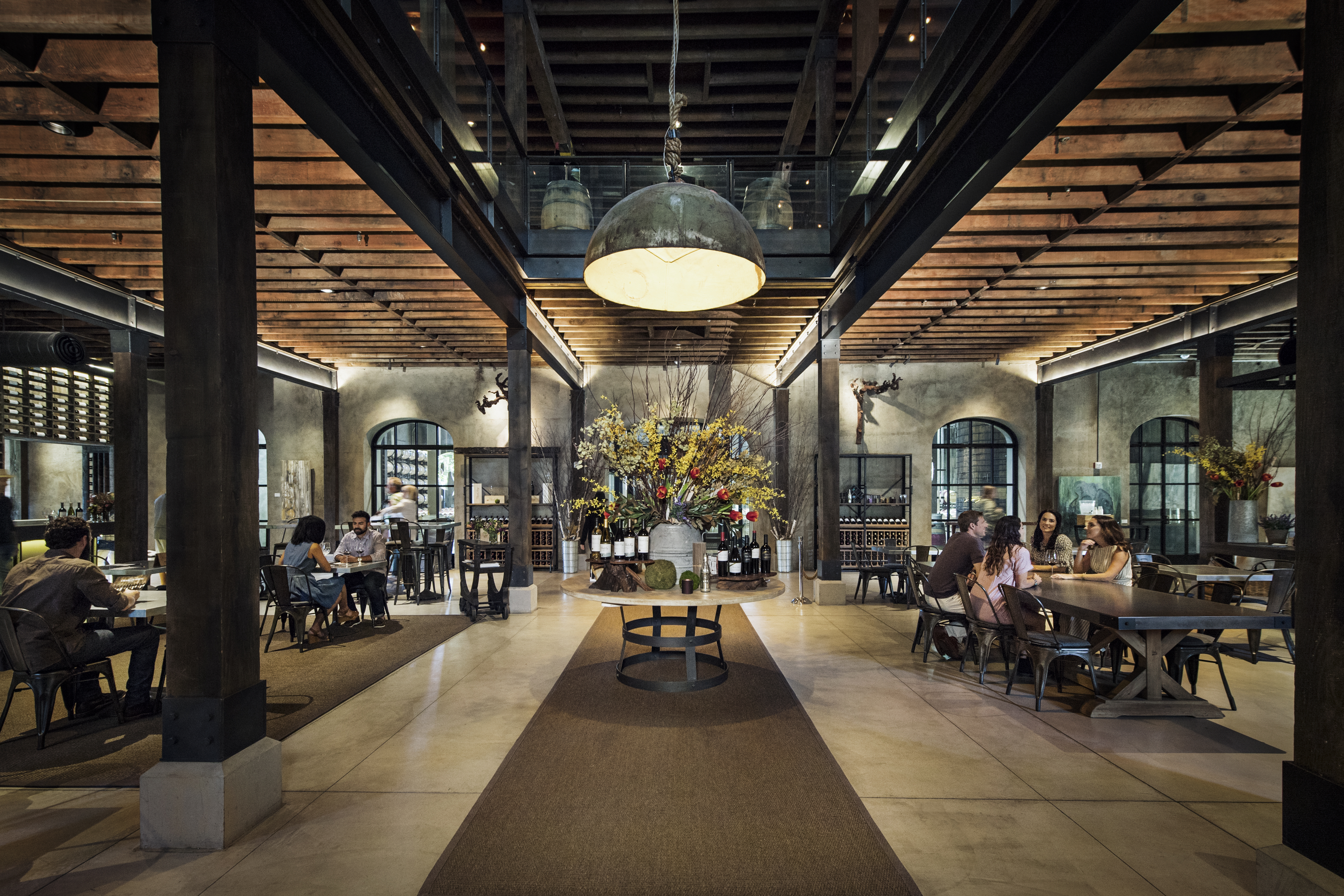 Napa Valley is famed for its highfalutin wineries (and equally nose-bleed inducing prices), but once upon a time it was just lots of land and acres upon acres of pioneering spirit. Like that of Charles Krug, a German-born newspaper man who became so entranced by California’s “purple gold” (you know, grapes) that he founded his eponymous winery here in 1861 on land from the dowry of his American wife, Carolina Bale. His much-renowned Bordeaux-inspired reds earned him an unofficial but well-deserved title, the Father of Napa Wine, and he was a marketing visionary as well, establishing the first tasting room in California wine country. Today, Charles Krug is owned by the Napa wine giant, C. Mondavi & Family, and it’s become a posh and popular stop on the Napa wine circuit. The original buildings that Charles Krug constructed are listed with the National Register of Historical Places, and well worth a visit. 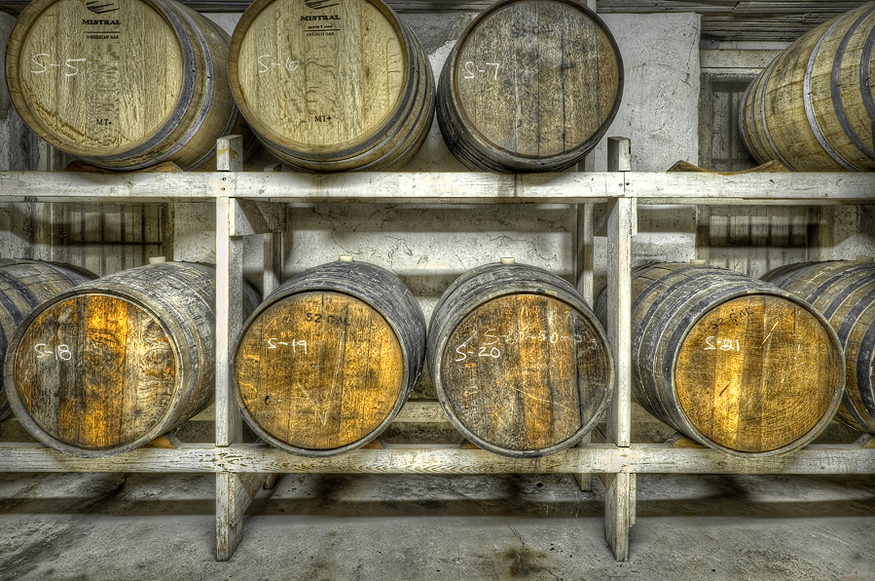 Frank Qualia didn’t mean to stay in Del Rio, Texas, a few miles from the border of Mexico. But in 1881, as he made his way from Milan, Italy, he happened upon a plot of land where some Lenoir grapes were growing by the San Felipe Springs-fed creek. By 1883, Qualia officially established his 14-acre Val Verde Winery, marked by its foot-deep adobe walls and strong Italian winemaking traditions. Now, some 130 years later, his original plot of land is still the site of Val Verde’s Texas-grown (they never substitute grapes from out-of-state places) winery and tasting room. Today, the spot is run by Frank’s grandson, Thomas, whose own son, Michael, has learned the trade himself, and is primed to take on the family mantel. Be sure to pay close attention to the cool photos and heirlooms, like Frank’s passport and naturalization papers, and even some old winemaking gear. (Serious wine geeks will want to pop into to the nearby Whitehead Memorial Museum to see some of Qualia’s original equipment). For a taste of the past, check out the Val Verde Sweet Red, a blend similar to the sacramental wine that got the company through Prohibition.

Necessity is the mother of invention, or certainly the father of New Jersey “champagne.” Hailing from the famed Reims area of the Champagne region of France, Joseph Renault fled the storied home of bubbly in the mid-19th century after a nasty little aphid known as phylloxera wiped out almost all of Europe’s vineyards. Precious vine clippings in tow, he sought out the warm, sunny growing conditions of California, but phylloxera was there, too. Word of problem-resistant native vines on the East Coast lured him 3,000 miles back to the Garden State, where the winery he established in 1864 would go on to become the largest distributor of American sparkling wine in the country. Although it’s remained in business continuously, Renault has been bought and sold numerous times over the years, and now the winery has become a resort destination complete with a hotel, spa, 18-hole golf course, and 5-mile hiking trail through the New Jersey Pine Barrens.

If you can make it in Sonoma, you can make it anywhere—even if you have to embellish your family's ties to aristocracy to do so. “Count” Agoston Haraszthy immigrated from Hungary in the 1840s, seeking thrills and fortune in the great American West, and though he had no real claims to royalty, his fake-it-‘til-you-make-it attitude landed him a multitude of diverse roles, among them: self-titled Count (he actually had no ties to royalty); founder of Wisconsin’s Sauk City, the state’s first official town; sheriff of San Diego; ore analyst for the U.S. Mint. He also pioneered Sonoma winemaking with the establishment of Buena Vista Winery in 1857, which quickly became one of California’s largest land-owning wineries. But grander and grander ambitions, trouble with the law, money-making schemes, and financial issues infused Haraszthy’s life in Sonoma with such turmoil, that he left (some say fled) to Nicaragua with his family in tow, apparently in search of prosperity in the rum business, before disappearing without a trace. The mark he left on Buena Vista, one of California’s most important wineries, however, endures. And what a tour it makes for.

Hailing from the Bavarian city of Oberkotzau, Adam Puchta was only 7-years-old when he and his family emigrated to Missouri in 1839, dreaming of fertile lands and Gold Rush riches. Fourteen years later, thanks to a stint in California, the latter helped Adam earn enough to get serious about winemaking. He returned to Missouri and bought a portion of the family’s then 80-acre farm and get serious about winemaking, establishing his namesake winery in 1855, and growing wine grapes and other crops to keep the money flowing. His kids managed to keep the winery in the black after Puchta died in 1904, but they couldn’t withstand the pressures of Prohibition, which put the Show Me State’s prolific producer out of business—but not for good. In 1990, Adam’s grandson and great-grandson re-established the Adam Putcha Winery, adding a tasting room for visitors, and realizing Puchta’s dream of becoming one of the most important wineries in Missouri.