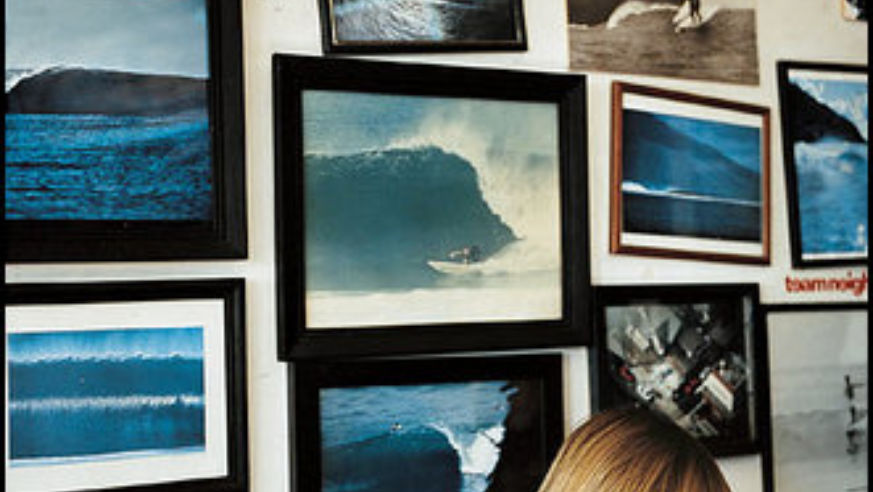 When I went to college on the East Coast, people asked why I'd left glorious southern California. Were they kidding? I couldn't wait

It was drilled into me at an early age: Orange County was an embarrassing place to be from. Radio stations in L.A., our neighbor to the north, were constantly teasing us about our conservative reputation, mocking life "behind the Orange Curtain." And as we all know, adolescent shame has a vicious sting.

So imagine my surprise when Orange County became synonymous with California cool, thanks to the teenage soap opera The O.C. (By the way, we never called it that.) And while I used to find it unfathomable that anyone would want to vacation there, once I got some distance--literally and figuratively--I came around. Or maybe I just grew up.

In fact, even I now vacation there! A few years ago, my parents retired to the Palm Springs area, but they couldn't totally let go of Orange County--or bear the desert summer. Each August, they rent a house for two weeks on Balboa Island, in Newport Bay. It's the only time besides Christmas that the whole family gets together. My sister and brother-in-law bring their kids, Austin and Allison; last summer I brought my partner, Adam.

The family-friendly vibe of Balboa has little in common with the glossy angst of The O.C., which is set in Newport Beach but filmed near L.A. In Balboa, we play Skee-Ball and drive bumper cars at the Fun Zone, a tiny amusement park that's on the Balboa Peninsula, a five-minute ferry ride from Balboa Island. We rent a small Duffy electric boat--it looks kind of like a mini-trolley--and toodle around the bay, gawking at the fancy houses. We eat breakfast at the Galley Café, a coffee shop near the marina, and then check out the sailboats. We go to the tide pools at Little Corona beach in Corona del Mar, one of Newport Beach's fancier neighborhoods. (A gem of a beach, it's hard to find but worth it: If you're heading south on Pacific Coast Highway, turn right on Poppy Avenue and take it to the end.) I won't forget the first time Austin saw a sea cucumber, or when we took Allison last year, and Austin got to play the expert. After dinner, we go for Balboa bars--vanilla ice cream bars dipped in chocolate and rolled in your choice of toppings--at Dad's on Balboa's main drag.

I used to sleep in the house, sharing a room with my nephew. I adore him, but I'm happy to have graduated to the Marriott Courtyard in Irvine. It's 20 minutes away, but that's OK. You know you've grown up--and old--when you find yourself impressed by the fact that the hotel ponies up free laundry detergent. And fabric softener!

The success of The O.C. spawned a vapid reality show on MTV called Laguna Beach, whose namesake is one town to the south.

Laguna used to be known for attracting creative misfits--Hollywood weekenders, artists, gay people--but now it's not all that different from Newport. It does have geography on its side: It's set on cliffs overlooking the Pacific and is astoundingly beautiful, if you can remain in denial about the traffic. Fortuitously, Laguna is the most strollable of O.C. towns (the only strollable one, to be honest). I never surfed as a kid, having watched Jaws at precisely the wrong age, but like any good Californian I dig surf style. The best merchandise--T-shirts, flip-flops, swim trunks, etc.--is at the Thalia Street Surf Shop. Last summer, I bought a fake road sign with the words hang loose and the thumb/pinkie hand gesture; it hangs in my office. Be sure to poke around the corner. Thalia Street dead-ends at a long wooden staircase that leads to the beach. You stare down into the blue-green water, where surfers bob.

Just north of Laguna is Crystal Cove State Park, which used to be totally undeveloped. It was so perfect, so golden--all cliffs and trails and three miles of empty beach. The area around it has since been attacked by what I call viral housing--you can practically see it replicate up the hillside before your eyes--but it's still a great place for a walk. There are 46 houses right on the sand; the historic district was state land leased long-term to individuals. The leases expired in 2001, and the state will soon be renting out 22 of them on a nightly basis, perhaps as soon as this fall. I can't think of another place in California I'd rather be.

You know you've really grown up when you start coveting real estate.

Amazingly, the Orange County I experience now isn't a nostalgia trip for me: I didn't spend much time in Balboa or Laguna as a kid. I didn't even hang out much in downtown Huntington Beach, my hometown, which at the time was a bit seedy. Since then, most of Main Street has been bulldozed and replaced with a big strip mall (unlike quaint Seal Beach, one town north). A few fun places remain, as I found out when I was there last year for my friend Beth's wedding. The Sugar Shack still serves excellent breakfast burritos, and a block south on Pacific Coast Highway, T.K. Burger (short for The Kind Burger) could almost give In-N-Out a run for its money. It feels the way a beach burger joint should, with skate rock blaring and surfers loitering. I still laugh every time I'm on the PCH, because one time the New Yorker in me forgot where I was, and I literally got pulled over by the cops for jaywalking.

When I was a kid, we rarely went to the pier at Huntington Beach--a long walk is never high on any kid's list of fun activities. Then, in 1988, the pier was damaged by waves and closed down. The community, including my family, chipped in to rebuild it in 1990. There's now a plaque on the pier that has  our name on it. Whenever I'm in town I search it out.