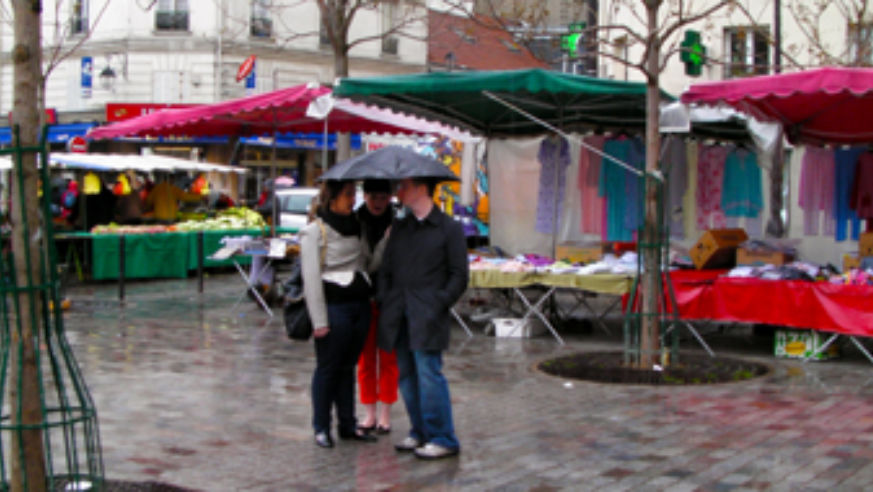 Escaping the rain in Paris.

There's nothing like snow in April (and, naturally, on April Fool's Day) to remind us that the season is decidedly...undecided.

Schizophrenic forecasts make for countless day-to-day annoyances (Coat or no coat? Do I wear the rain boots if it stops raining?). But iffy weather can be even more of an issue when you're traveling. Is it worth stuffing the raincoat into your suitcase when you run into the most maddening figure—40 percent chance of precipitation (not quite likely, but likely enough to warrant an "I told you so")? For that matter, is it worth even taking a trip if it'll rain some of the time, or most of the time (or 40 percent of the time)?

Traveling in the off-season has its perks, and they're considerable ones—lower prices, fewer crowds. But there's no time like the present to consider the most obvious con—unpredictable (and likely unpleasant) weather.

Take a look at this example of peak and off-peak rates at Hotel El Convento in San Juan, Puerto Rico:

Consider the impact that a $100 per night difference can have, and a little hypothetical rain seems like small potatoes. But are you going to regret that thought when you're sitting in your hotel room instead of on the beach, spending your extra cash on yet another pay-per view movie?

Are you willing to travel in the off-season? Has the risk paid off for you before? Let us know!

No more waiting in line at the concession stand