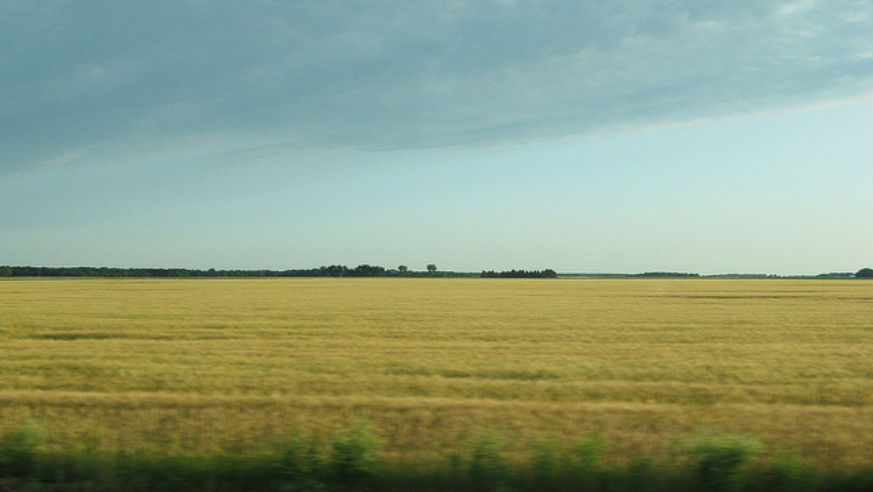 The Great Plains, especially the panhandles of Texas and Oklahoma, were the site of the immense dust storms of the 1930s that are the subject of Ken Burns's documentary The Dust Bowl.

"On the fourteenth day of April of 1935, there struck the worst of dust storms that ever filled the sky," sang Woody Guthrie in his classic ballad "Dust Storm Disaster." Now, nearly 80 years later, the center of the Depression-era calamity known as the Dust Bowl is poised to welcome visitors in search of history.

The Ken Burns documentary The Dust Bowl, which aired on PBS this week, includes interviews with survivors of the drought and wind storms that hit the Oklahoma and Texas panhandles in the 1930s, and residents of those regions are anticipating an uptick in tourism thanks to the two-part television film. One site that will likely receive an increase in interest is the No Man's Land Museum, which focuses not only on the Dust Bowl but also on other aspects of the region's environment and history, helping visitors trace the evolution of the land from Native Americans through American settlers who pulled up native grasses in order to plant wheat, setting the stage for the massive loss of topsoil that created the giant dust storms of the '30s. The museum, in Goodwell, OK, takes its name from the Oklahoma panhandle's former nickname (it can be a dry place even in the best of times, with less than 20 inches of rain per year). The museum, part of the No Man's Land Historical Society, features an extensive collection of Plains Indians arrowheads, the first printing press ever to cross the Mississippi River, historical archives, and a photo collection.

Talk to us! Do Ken Burns's documentary films inspire you to travel? Whether it's The Civil War, Baseball, or another film, we'd love to hear how Burns's work has informed your travel plans.