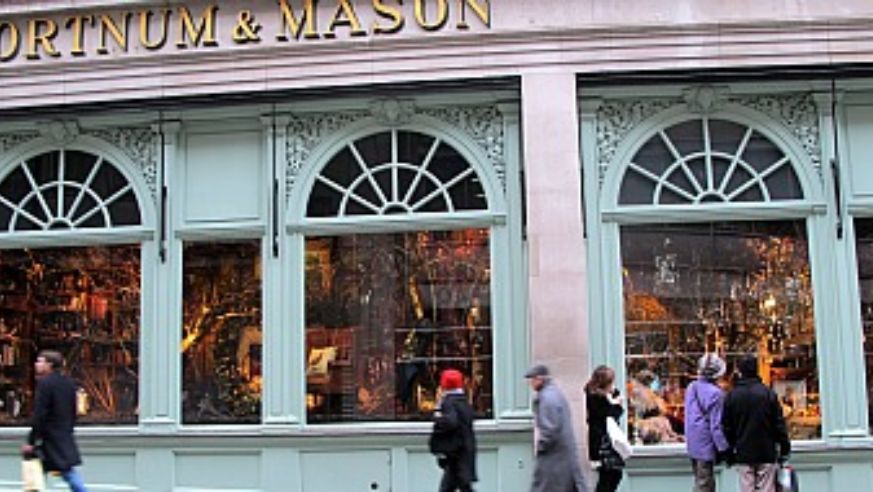 Sean O'Neill
London's department stores, such as Fortnum & Mason, have decorated their windows with imaginative displays.

London's Christmas season began late last week with a tree-lighting ceremony in Trafalgar Square. Early snowfall has melted, and cheer is in the air. Here are five stylish and affordable ways to celebrate the holidays in the Big Smoke.

At the National Gallery, artist Ben Johnson will add the finishing brushstrokes to his landscape portrait of Trafalgar Square. You can watch him as he works in an enclosed space on the building's roof. Johnson's painting is inspired by the work of Canaletto, an eighteenth-century artist whose depictions of Venice are on display in a special exhibition in the museum. free, for six weeks, starting from Wed., Dec. 8, nationalgallery.org.uk.

A musical night at the museum

On Friday Dec. 10, the National Portrait Gallery will stay open late, turning over its halls to various live performances. In the 17th-century galleries, for instance, pianists Will Dutta and Stuart Davies will play Chopin and Liszt. Grab a drink at a the bar, or check out this year's winner's of Britain's annual photographic portrait prize. free, from 6 p.m. to 10 p.m., npg.org.uk/lateshift.

Have a gourmet holiday

The German-themed Christmas stalls are easily found under the shadow of the London Eye, the enclosed Ferris wheel on the south bank of the Thames. But turn away from the river and walk around to the other side of the Royal Festival Hall to find much more delectable stalls. The Real Food Christmas markets will be open this weekend, serving all locally-sourced or sustainably farmed food, from fruit preserves to pork pies. A tip: Some of the stalls put items on two-for-one sale at sundown. (Dec. 10-12), Friday through Sunday, realfoodfestival.co.uk.

The 900-year old Tower of London is always a popular attraction for families. From Dec. 27-31, it's also the setting for a reimagining of the 1284 court of Edward I. Kids will love the Great Christmas Pudding race, with costumed characters racing around balancing fruitcakes on spoons. The exhibition on life in the medieval palace provides historical context. admission includes access to the Tower, the Yeoman Warder guided tour, and standard highlights.adults £18.70 ($29.50); children £10.45 ($16.50), hrp.org.uk.

Window-shopping with the locals

When it comes to shopping, Oxford Street and Shoreditch draw most of the out-of-towners, but Mayfair's Burlington Arcade remains a treasure visited mostly by locals. Top-hatted, uniformed beadles keep out the riff-raff. Browse a clutch of fabulous independent shops, such as Heming, a jewelry shop since 1745, which has a sparkling shop window display. burlington-arcade.co.uk.