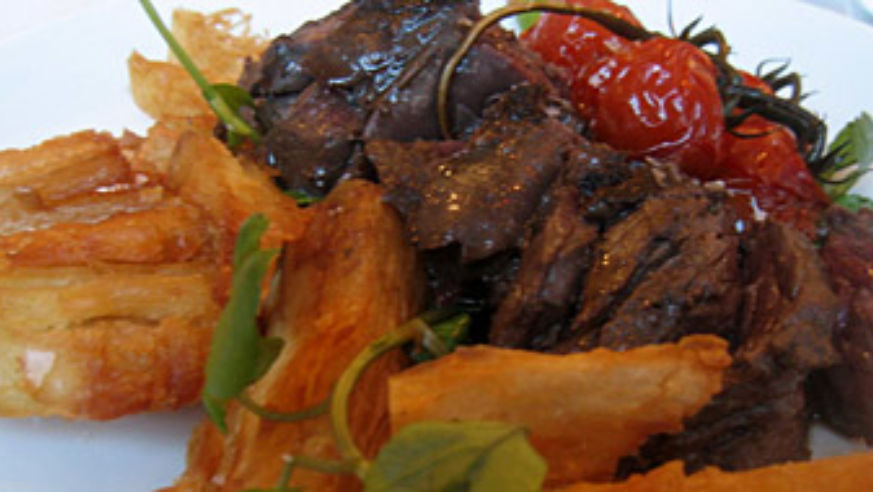 The Michelin guide is well known for being very picky about the restaurants it awards "star" ratings to, and the exceptional restaurants usually charge astronomical prices. But the guides also list "Bib Gourmand" awards that are, the guide says, not official stars, but recognition of places offering good food at prices of $40 (£28) or less per person for three courses.

That may seem like a splurge, but London is one of the world's priciest cities. It's also arguably the world's culinary capital. A trip to London without sampling one of its renowned restaurants because of the high tab would be like not seeing Westminster Abbey just because it charges an outrageous $17 (£12) admission fee. Sometimes, you have to splurge.

The 2009 Michelin Guide for Great Britain and Ireland doesn't go on sale in the States until April, but here's a sneak peak at some of its Bib Gourmand restaurants.

One pick is The Modern Pantry, which is a casual, fusion restaurant with a dining room and a takeaway counter in the Clerkenwell neighborhood (47-8 St John's Square, 011-44-20/7553-9210). A sample dish: "A main course of onglet steak (an inexpensive French cut) had been marinated in miso, and was served with cassava chips instead of the more usual potato." Dinner for two comes to $99 (£70), before wine.

Next up is Hereford Road, which opened in October 2007. Says one reviewer, "From the deep-fried calf’s brain starter to the use of laverbread and piccalilli elsewhere, you could only be dining in Britain," (3 Hereford Road, Westbourne Grove, herefordroad.org, 011-44/20-7727-1144).

Here are the other new additions to the 2009 guide: