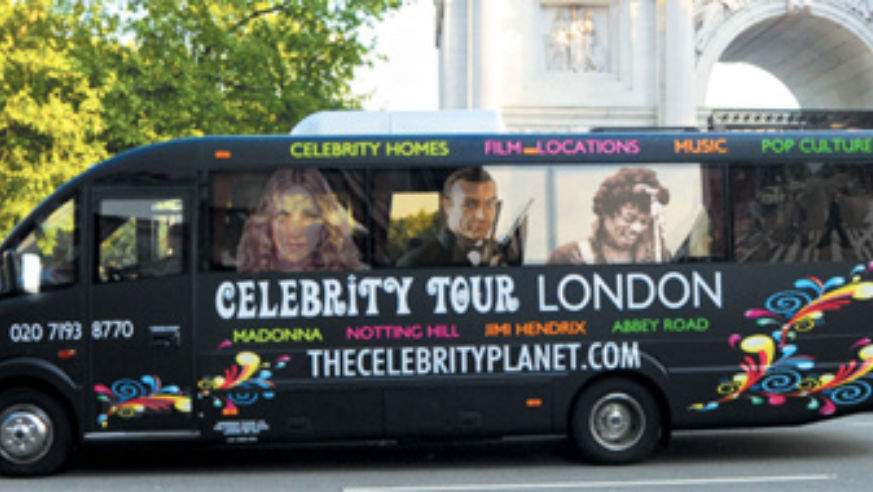 Homes visited include houses lived in by Madonna, Winston Churchill, Princess Diana, Jimi Hendrix, Oscar Wilde, and Jim Morrison. The film and music locations include places from the Harry Potter movies, the Hugh Grant film, Notting Hill, various James Bond locations and former haunts of the Beatles, Led Zeppelin, the Rolling Stones, and the Clash. The pop culture bus stops at everything from the Ritz Hotel to Abbey Road and the former home of Wallis Simpson—the American who married British king, Edward VIII, forcing him to abdicate the throne.