10 Exquisite Musical Events Worth Traveling to in 2018/19 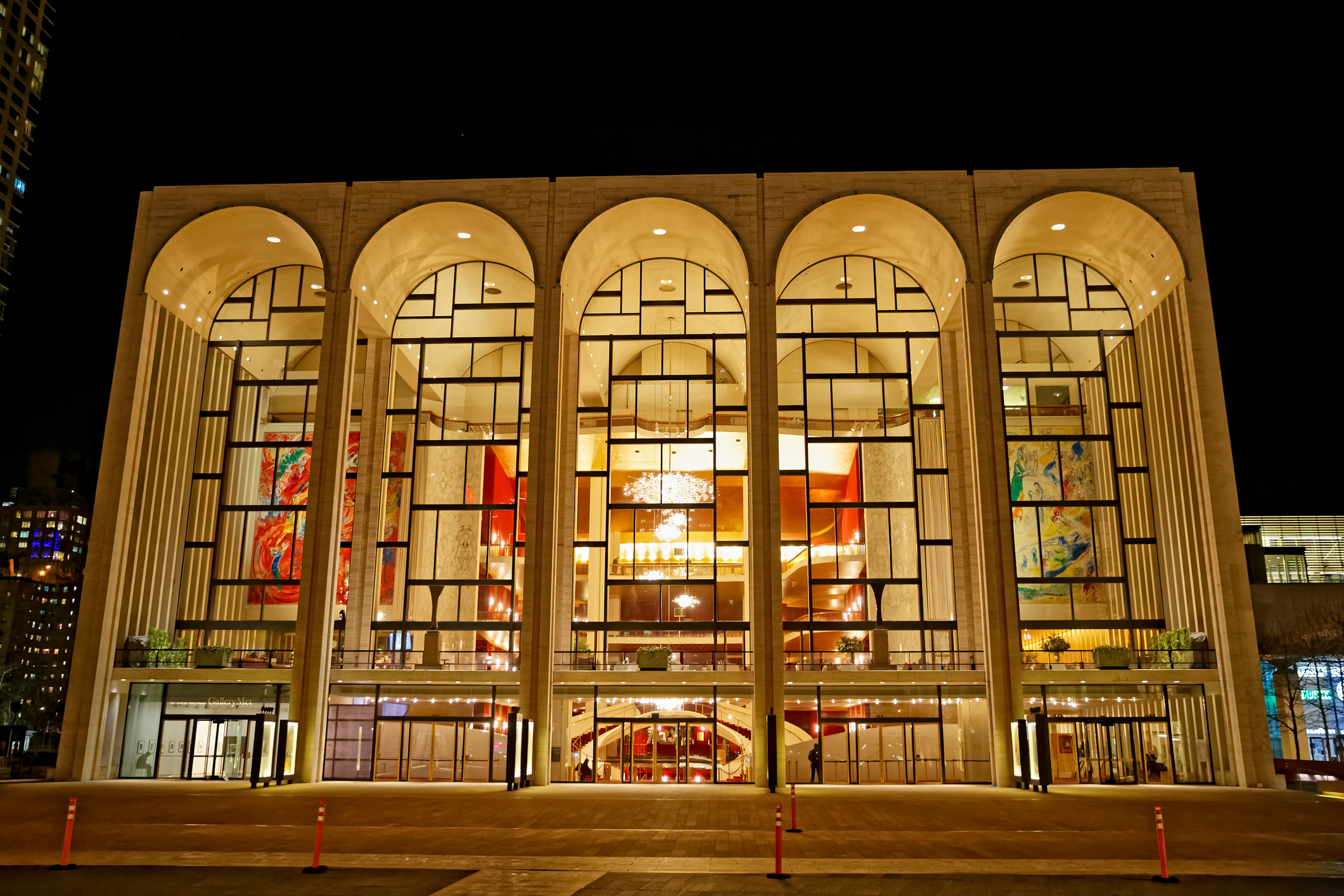 Jasmina/Dreamstime
Concert halls and opera houses across the U.S. are welcoming new audiences of all ages to an incredible, boundary-pushing season.

Whether your idea of “classical music” is a ferocious symphony by Beethoven, the pulsing minimalism of Philip Glass, or a brand-new opera adapted from a Hitchcock thriller (really), the 2018/19 classical music and opera calendar promises to be one of the richest, most diverse ever. Here, 10 noteworthy musical events in travel-worthy destinations across the U.S.

Opera Philadelphia showed themselves as one of the most interesting companies with last year’s O17 festival. This season’s 018 line-up features "Lucia di Lammermoor" and the world premiere of "Sky on Swings," which brings back the team of composer Lembit Beecher and librettist Hannah Moscovitch, plus a production of Poulenc’s "La Void Humaine" that will include star Patricia Racette singing French art songs. Performances are staged all over, including at the Barnes Foundation art museum and concert (operaphila.org).

2. Daniil Trifonov With the Chicago Symphony

Pianist Daniil Trifonov is a legend in the making, and his youth makes that even more exciting—there’s a sense he’s discovering new music and ideas at his every concert. Among many notable performances in North America this season, this appearance with the Chicago Symphony stands out for both his collaborators—the great Chicago Symphony and conductor Marin Alsop—and the material, Prokoviev’s Piano Concerto No. 3. Stick around for the entire concert to hear Copland’s mighty Symphony No. 3 (cso.org).

3. 'Marnie' at the Metropolitan Opera

Composer Philip Glass may be most widely known for his film scores, including most famously "The Hours," but his operas are uniquely beautiful and intriguing. Glass's opera "Satyagraha," about Gandhi, is probably his music beautiful, and for the LA Opera it is the final leg of their stagings of Glass’s opera trilogy on science, religion, and politics. This co-production with the English National Opera and Metropolitan Opera comes from director Phelim McDermott, who has triumphant stagings of Glass's "Einstein on the Beach" and "Akhnaten" under his belt. His "Satyagraha" is a stunning interweaving of evocative settings and history, and features tenor Sean Panikkar in the lead (laopera.org).

The Perspectives Series hands over programming to selected artists, and pianist Yuja Wang’s choices mix expected pleasures with real surprises. Across six concerts, she’ll play Prokofiev’s Piano Concerto No. 5 with the New World Symphony, and premiere a new work from Michael Tilson Thomas (May 1-2); she’ll play duos (Feb. 6 and April 10); and on February 11 she’ll perform with the classical music comedy duo Igudesman & Joo in a concert that will absolutely be something completely different (carnegiehall.org).

Conductor Micheal Tilson Thomas (a.k.a. MTT) will not be leaving the San Francisco Symphony until the end of the 2020 season, but a long goodbye is in the works for this immensely important musician. Interspersed through the SFS season are signature concerts like MTT’s own "From the Diary of Anne Frank" (Nov 15-18), and ones that feature his special touch with Tchaikovsky, with Symphony No. 4, Feb. 7-9, and Mahler’s glorious Symphony No. 9, June 13-15 (sfsymphony.org).

The Cleveland Orchestra presents a staged opera performance annually, and for this season it’s "Ariadne auf Naxos," one of Richard Strauss’ most entertaining dramas, combining comedy with beautiful music. A new production made especially for the orchestra comes from opera director Frederic Wake-Walker, and consummate Straussian Franz Welser-Móst will conduct. The terrific young soprano Tamara Wilson, who has a shining, clarion-clear instrument, will sing the dual role of Ariadne and the Diva in the opera within the opera (clevelandorchestra.com).

Among many exciting musical events in Los Angeles, this one stands out for its balance of variety and compactness. Conductor Laureate Esa-Pekka Salonen brings his distinctive vitality and sense of color to three programs at the Los Angeles Philharmonic devoted to works of the titanic, indispensable 20th century composer Igor Stravinsky: Rituals, Faiths, and Myths. "The Rite of Spring" is there, of course, alongside the astonishing "Agon," there will be great choral works for the Faith program, and Myths presents two beautiful and infrequently heard ballet scores, "Orpheus" and "Perséphone" (laphil.com).

9. Music of Conscience at the New York Philharmonic

Jaap van Zweden begins his first seasons as music director, thus already an exciting year for the New York Philharmonic. Their season culminates with the Music of Conscience festival, which explores composers’ responses to political and social turmoil. Opening with Beethoven’s Symphony No. 3, and featuring John Corigliano’s Symphony No. 1—his response to the AIDS epidemic—the two weeks end with the world premiere staging of David Lang’s opera "prisoner of the state," his updating of Beethoven's opera "Fidelio" for the 21st century (nyphil.org).

Dance has been an intimate partner of classical music since before the courtly menuet and trio became permanently entwined into symphonic form. While that has developed since the 18th century, in 2014 the Philadelphia Orchestra took it a leap, literally, farther, with aerialists and acrobats performing in mid-air above the orchestra. This truly spectacular Cirque de la Symphonie program returns for the coming season, along with contortionists, strongmen, and of course dancers. It’s a singular meeting of music making, entertainment, and feats of daring (philorch.org). 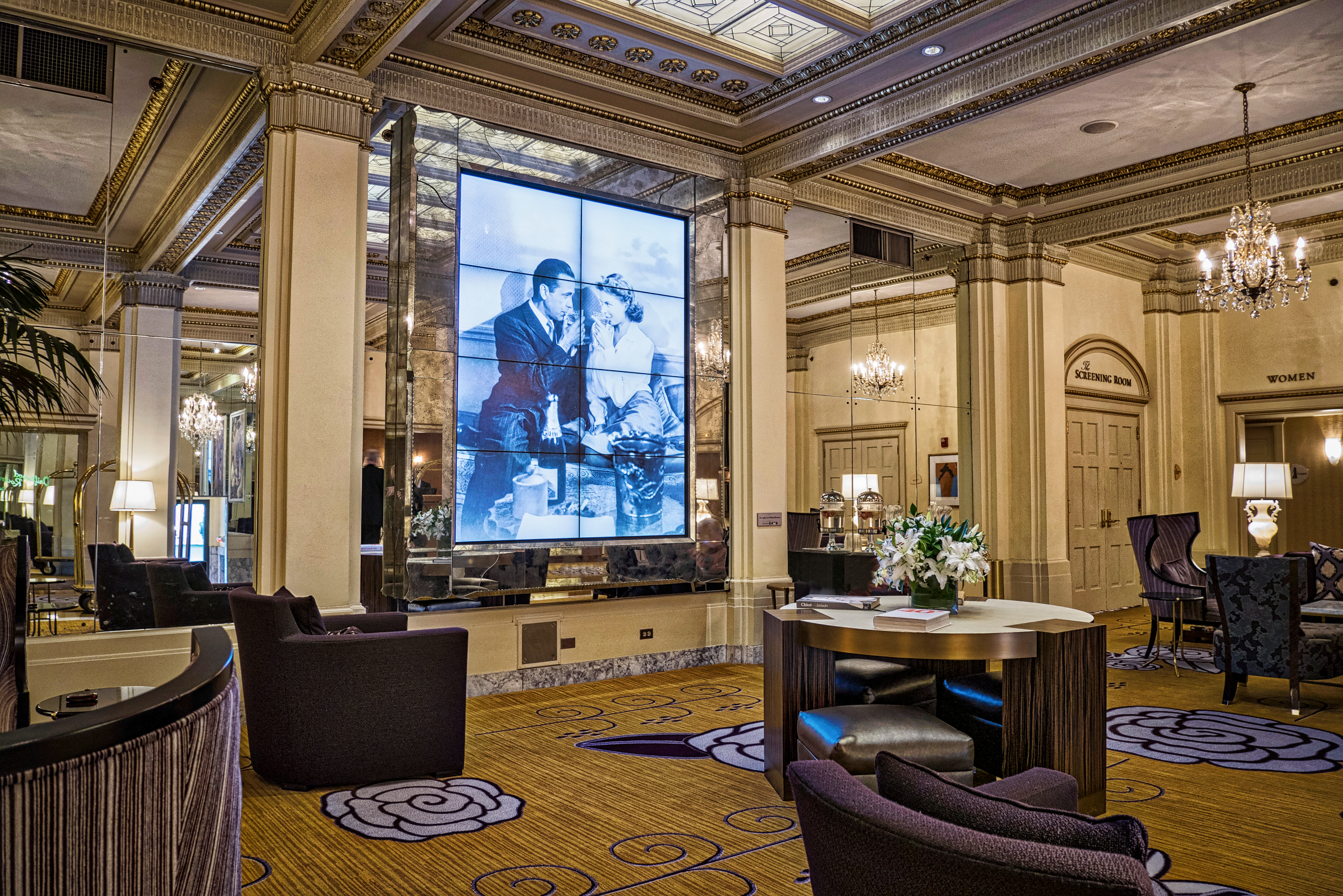 If the name doesn’t tip you off to the hotel’s ambiance, consider that the Czech chandeliers that dominate the lobby are masterpieces from the 1960s. Consider also that the property was inspired by the Golden Age elegance of Hollywood. But this standout in the heart of Portland is luxury without pretension, or the hoity-toity price tag. Opened in 1912 as the glamorous Mallory Hotel, it underwent a $20 million renovation in 2005, re-opening as Hotel deLuxe, an homage to the opulence and elegance captured in the classic films of the 1950s and 1960s. THE STORY The Mallory was a longtime institution and the go-to accommodation for any member of American high-society that came to town. As such, it aimed to impress. It was the first hotel in the city to install air conditioners in each room and, later on, the first in Portland to offer Wi-Fi. In 2004, it was purchased by an art collector and devoted patron of the city’s institutions, who kept the décor relatively unchanged—including the original letterbox next to the elevator, a classy mailbox by any standard—as a salute to the hotel’s heyday. THE QUARTERS That heyday is largely defined by Hollywood, which explains the 400 photos—film stills and studio shots—adorning the corridors. Each of the eight floors is devoted to a thematic group of silver-screen greats, to wit: the Dance and Music Masters (Gene Kelly, Ginger Rogers, Fred Astaire), the Masters (Frank Capra, Billy Wilder, and George Cukor), and so on. The spacious rooms also nod to the era, with Art Deco–style crystal lamps and leather accents. Of course, there’s no nostalgia in the tech department. Each room features a flat-screen TV, Wi-Fi, and a clever “Make It So” button on the phone that connects you to the front desk for all requests—even creative ones, within reason. There's a Spotify Menu, a Spiritual Menu offering books, beyond the bible, that are central to a variety of religions, and a Pillow Menu, which is exactly what it sounds like. Want memory foam? Full body? Soft? Just ask. The honor bar shines a spotlight on locally made treats, many designed to take home as souvenirs, like tins of sea salt from Jacobsen Salt, honey from Bee Local, olive oil from Red Ridge Farms, and Kettle Chips made in Oregon. Make sure to try a nip of Portland-produced Burnside Bourbon for a nightcap. THE NEIGHBORHOOD If you’re looking for convenience, this is as good as it gets. Situated in Portland’s West End, the hotel is walking distance from the downtown shopping district, which is chock-full of bars and restaurants, but the adjacent Providence Park, a sprawling sports facility that hosts Portland State football, Major League Soccer, and various community events, separates it from the hustle and bustle. It’s also on the light-rail line, which has direct service to Portland International Airport. THE FOOD The hotel has an exclusive partnership with Salt and Straw, a local ice cream company known for its creative handmade flavors. There are scoop shops throughout the city and all over the west coast, but no need to run out for a cone—the deLuxe will deliver a pint to your room. As far as dining, Gracie's, an elegant, cheery eatery specializing in modern food with local ingredients, is open for breakfast and lunch Monday through Friday, and there are dinner hours on the weekend. The Art Deco–accented Driftwood Room, which looks much the way it did when it opened in the 1950s, draws a local crowd for its excellent spirits selection and classic cocktails. ALL THE REST One of the city's best-kept secrets is Pop Up Cinema (hoteldeluxeportland.com/signature-events), which happens about twice a month on a giant screen in the hotel lobby. They mostly screen classic flicks, as befits the ambiance, but every so often you can catch a newer movie. RATES AND DEETS Starting at $189. Hotel deLuxe729 SW 15th Ave. Portland, OR 97205(503) 219-2094 // hoteldeluxeportland.com 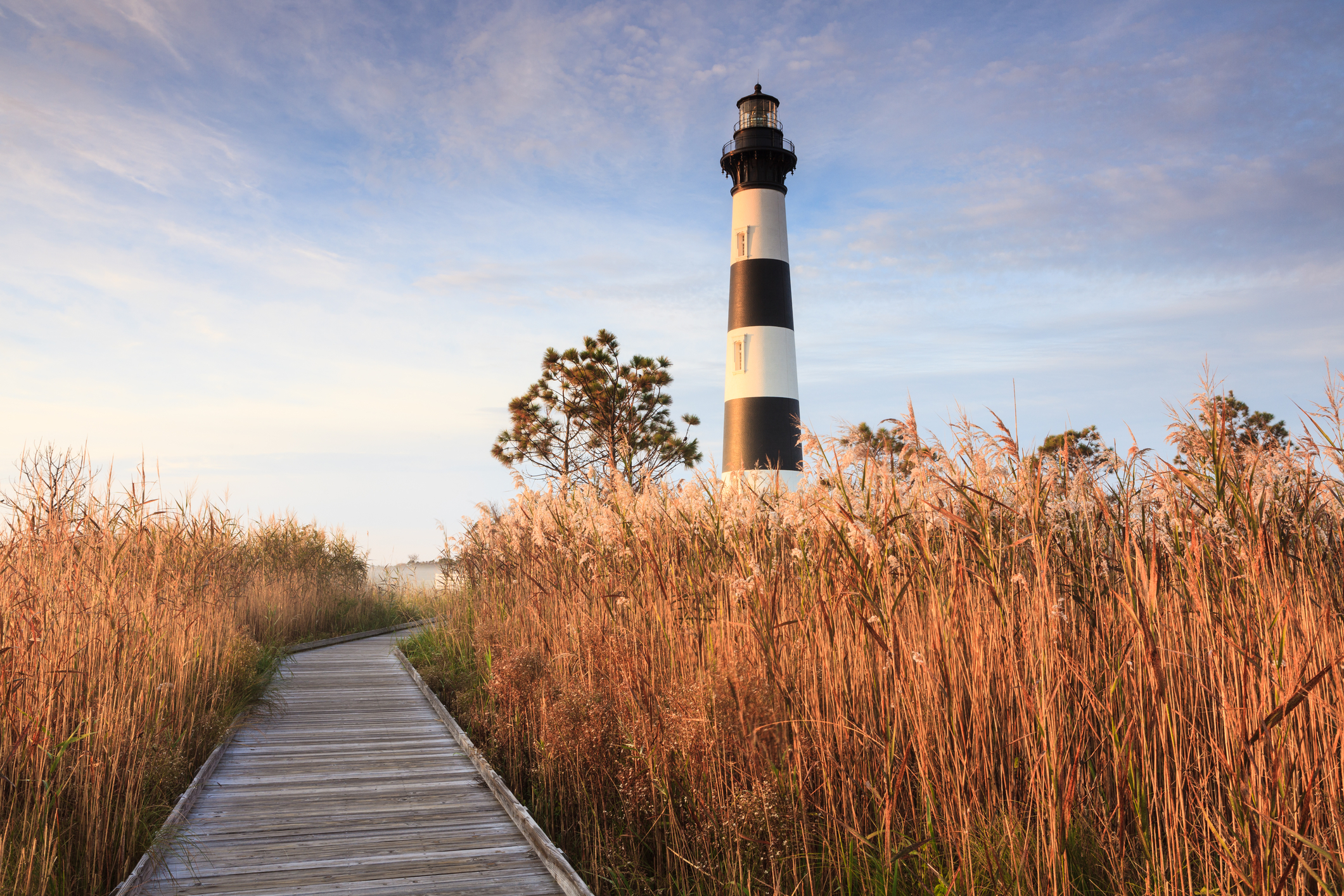 Live Like a Local in the ‘First in Flight’ State 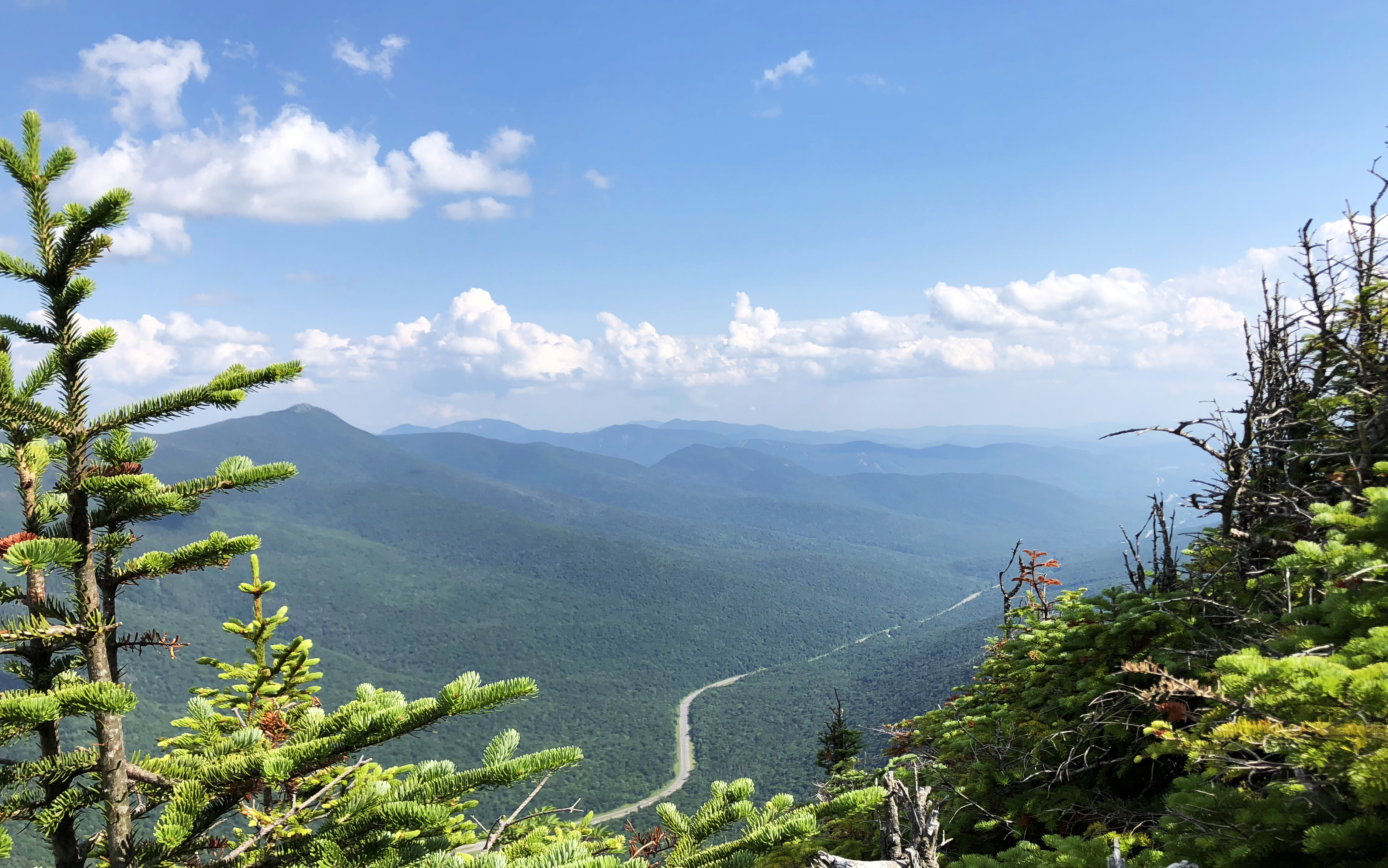 Just Back From: New Hampshire 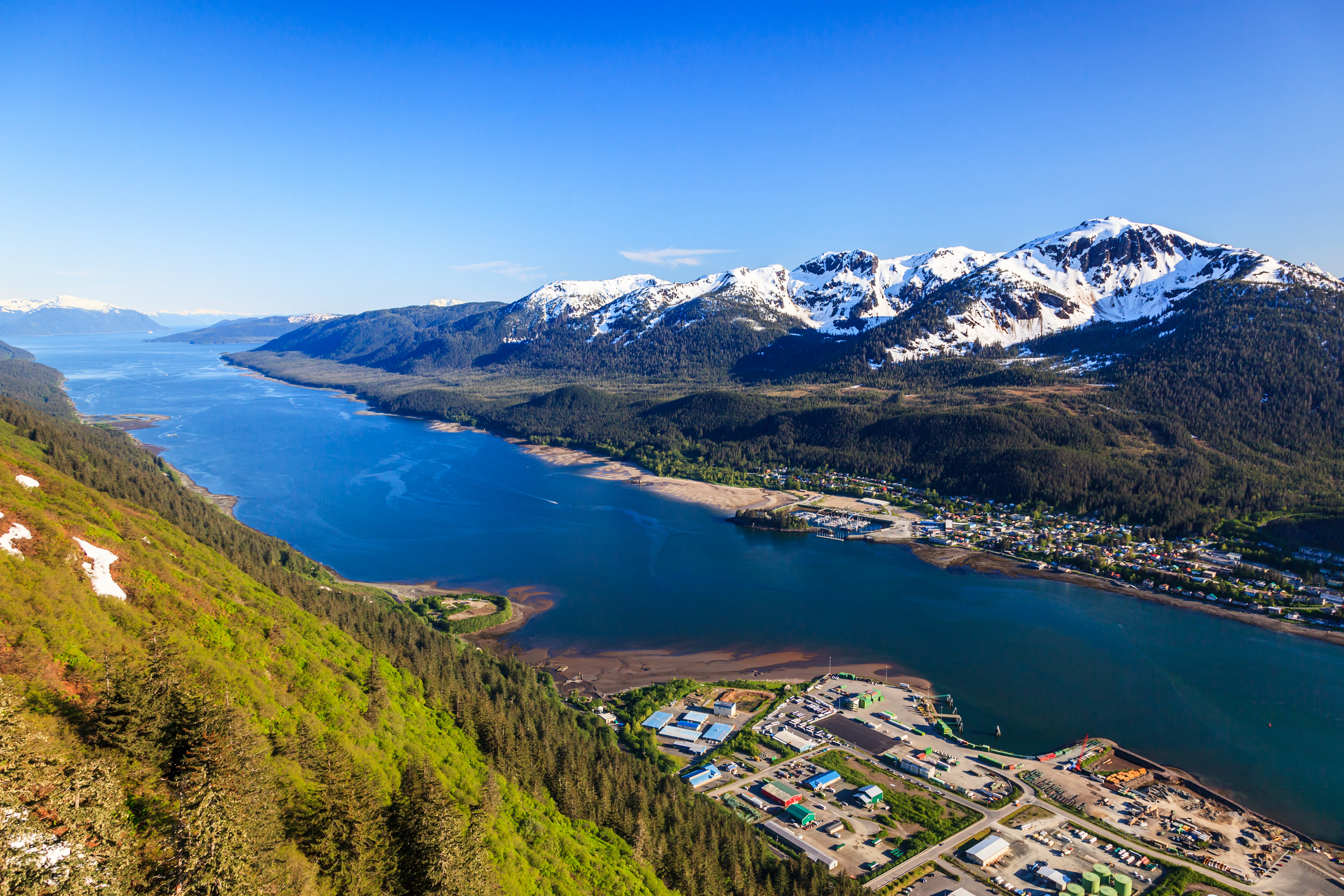 Just Back From: Alaska