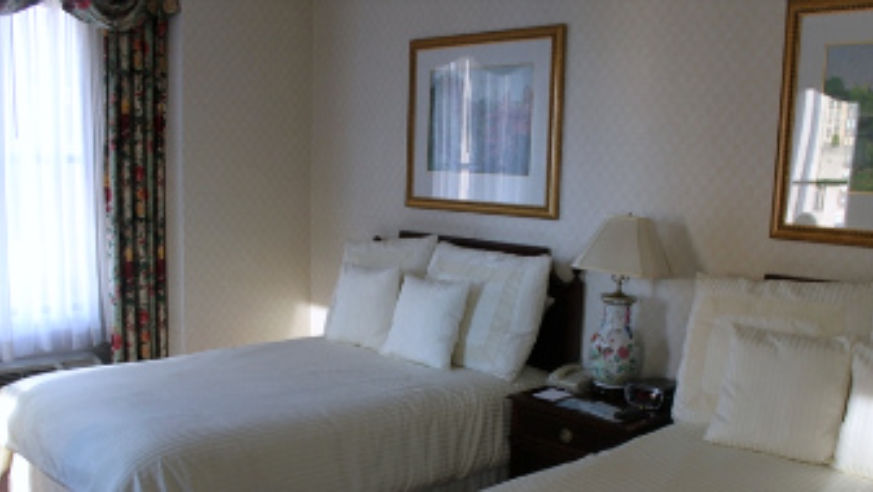 Courtesy mhowry/Flickr
This room at Chicago's Ambassador East in the Gold Coast neighborhood was bought with a successful bid of $62 (plus taxes and fees) per night through Priceline. Had the travelers used new site The Bidding Traveler, they might have paid even less than this amazing rate.

If knowing the exact hotel you're booking matters less to you than getting the best deal in the right neighborhood, then nothing trumps the name-your-own price deals on Priceline. Simply choose your desired city and class of hotel and state what you're willing to pay.

If you're worried about over-or underbidding, check out the new site The Bidding Traveler. It studies other people's successful bids and then uses that information to recommend the smartest bids for you to make.

As you know, bidding too high on Priceline is a waste of money. But if your bid is too low, Priceline will reject it, meaning you'll have to change your request slightly to make another offer.

Escape this dilemma by going to BiddingTraveler.com. Enter your destination and travel dates. The tool works for hundreds of cities. But we found that, so far, there's only enough data for useful advice in ten major cities: Boston, Chicago, Las Vegas, Los Angeles, New York City, Orlando, San Francisco, Seattle, Toronto, and London. More cities should have useful data in the coming weeks as more people use the site.

Next, select the districts you're willing to stay in and the highest star rating of the hotel you want.

The site will then suggest what starting bid and final offer you should consider. You can then select how many bids you're willing to make. The site will then tell you what dollar amounts to bid for each re-bid until you're successful.

A tip: These days, Priceline accept or declines bids near instantly, but you will still burn up time when you're bidding and re-bidding. If you're in a rush, tell The Bidding Traveler that you'll make a few bids.

The Bidding Traveler then takes you to Priceline, where you can sign in and follow its instructions.

Budget Travel has written in the past about other sites displaying successful buys on day-by-day, such as the excellent BetterBidding and Bidding for Travel. (See "Search Strategically.") But those sites are far more complicated to use than The Bidding Traveler.

Priceline now guarantees your hotel bid is the best deal