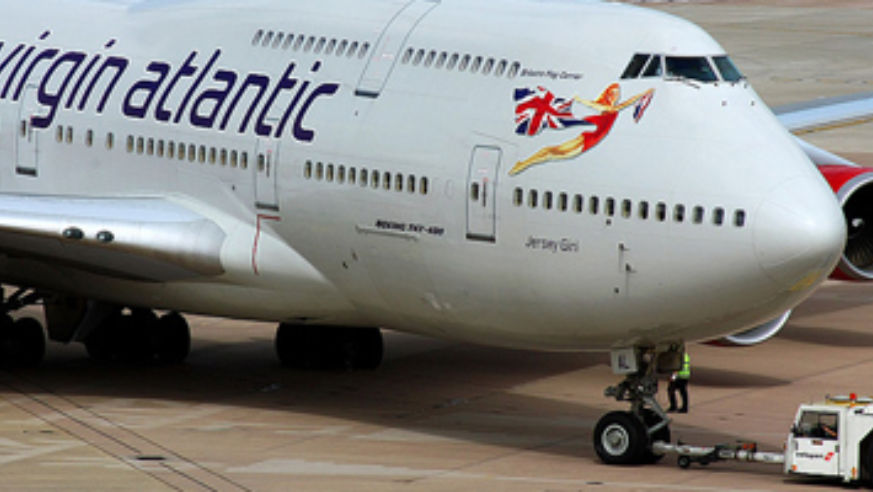 How many times have you been forced cut off a phone call practically mid–sentence, or send a frantic "CallyouwhenIland!!" text, seconds before the airplane door closes? Thanks to Virgin Atlantic, that may be a thing of the past—in the not–too–distant future.

Passengers traveling between New York and London on the airline's Airbus A330 will soon be able to use their cell phones to talk, text, and surf the web in–flight. It's a bit of news that's sure to delight business travelers and the occasional text–addicted teen…and dismay cranky travelers already fed up with crying babies and whirring engines.

There is, of course, a catch: in–flight calls will cost £1 per minute (by current exchange rates, that's about $1.30). As usual, phones will need to remain off for takeoff and landing, and a headset will be required to make calls. And there might be a few bumps to smooth out as the new service is launched: according to Time's Techland blog, Virgin Atlantic estimates that limited bandwidth will allow only 10 calls to be made at a time.

Even with a few small hiccups it's still pretty big news: after all, an airplane is one of the last places where you can feel disconnected from the outside world. And if Virgin Atlantic pioneers a trend, who knows? Perhaps Alec Baldwin and Josh Duhamel can stay on the right side of the law from now on.

Are Airlines Cracking Down on "Airplane Mode?"

4 Best Travel Chargers to Throw in Your Bag