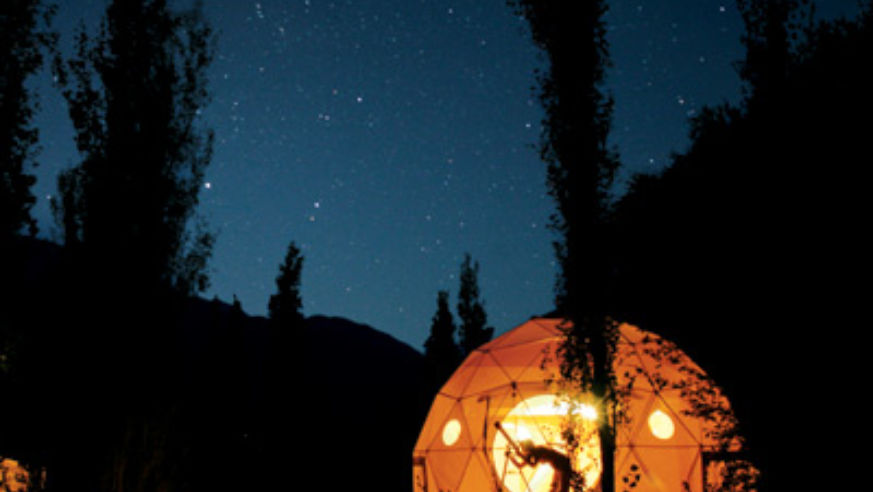 On December 21, the moon will pass through the earth's shadow, touching off a full lunar eclipse. While the phenomenon will be visible from many places, few are as perfectly equipped as the seven geodesic domes of Elqui Domos. Set on the southern border of Chile's Atacama Desert, the property elevates stargazing to an art form. Its two-story domes have detachable roofs for all-night light shows, and the staff can arrange hour-long astronomy tours and moonlight horse rides. There are six telescopes on hand, and plenty of ways to pass the time until dusk—like swimming in the pool and sipping pisco sours at the bar. And even if you miss the big event, the area's 300 annual cloudless nights ensure equally stellar views any time of year. elquidomos.com, from $105 including breakfast, horse ride $36, astronomy tour $36 per room.

—Zac Unger, from the November 2010 issue of Budget Travel