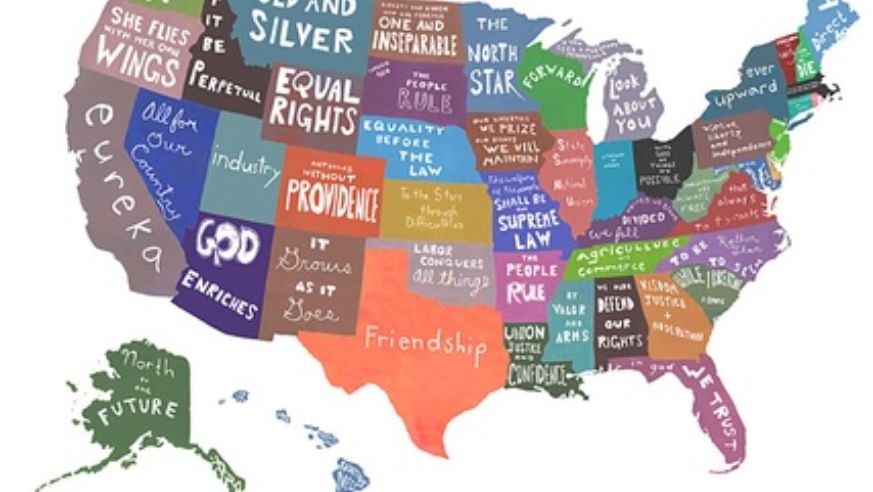 Courtesy Emily Wick
"The Fifty United States and Their Mottos"

I love this poster from artist Emily Wick. "The Fifty United States and Their Mottos" is exactly what it sounds like. Presented like this, many of the mottos are strangely unfamiliar, perhaps because they're all in English rather than Latin here.

Which states chose the best warnings, observations, and promises—and which might be due for a rewrite? I'll admit a bias for those simple mottos such as "Forward," from my home state, or Texas's "Friendship", or Rhode Island's dainty "Hope." By contrast, Massachusetts seems to be straining to fill every inch of its borders when it declares that "By the sword we seek peace, but peace only under liberty", and so does Connecticut, with its "He who is transplanted still sustains." The poster is available as a limited edition for $150, but if you'd rather have a linoleum print of just one state, those are available as well. [Via Loopy Rocket]