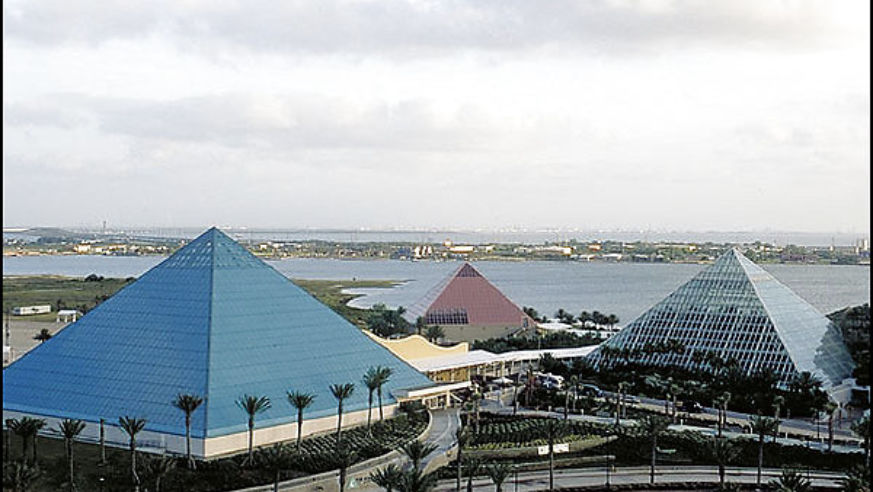 How to make the experience even easier at five of what are being touted as "drive-up ports."

Where Ships Go: Most head up to Alaska, and Holland America also offers cruises through the Panama Canal.

Transportation & Parking: King County Metro Bus No. 99 is free and stops at Bell Street, a short walk from the Bell Street port. Terminal 30 is close to Safeco Field and a short cab ride away from Pike Place Market. Parking at either terminal costs $12 per day, and both lots have prepaid parking (206/783-4144, rpnw.com).

Lodging/Parking Deal: A one-night package at the Red Lion Hotel Seattle South includes breakfast, parking for the duration of a cruise, and a round-trip shuttle to either port, starting at $130 (11244 Tukwila International Blvd., 206/762-0300, redlion.com).

In the Area: A previously undeveloped nine-acre lot of waterfront was decorated with contemporary sculptures and opened in January as the Olympic Sculpture Park (2901 Western Ave., seattleartmuseum.org). This summer, the Experience Music Project museum hosts an exhibit of costumes from sci-fi classics like Star Trek and Blade Runner (325 5th Ave. N., 877/367-5483, emplive.org, $13).

SAN DIEGO
B Street Pier, in the heart of San Diego's booming downtown, begins a year-round cruise schedule in May (800/854-2757, sandiegocruiseport.com).

Where Ships Go: Carnival and Princess sail regularly to the Mexican Riviera. The others go there periodically, as well as to Hawaii and the Pacific Islands, through the Panama Canal, and to Alaska.

Transportation & Parking: Santa Fe Depot, served by Amtrak and commuter trains and buses, is five minutes by foot or one minute by cab from the port. Parking is available across from the pier for $12 a day (no prepaid parking); alternately, the port's website lists lots where you can park for as little as $8 per day.

Lodging/Parking Deal: The Holiday Inn San Diego Bayside offers lodging for two, parking for the duration of a cruise, and shuttle service to and from the pier, starting at $179 (4875 N. Harbor Dr., 800/662-8899, holinnbayside.com).

In the Area: Teeming with restaurants, bars, and boutique shops after years of revitalization and investment, San Diego's historic Gaslamp Quarter is 15 minutes by foot, or five minutes by cab, from the terminal. And from June 29 to December 31, the San Diego Natural History Museum, in gorgeous Balboa Park, is showing the Dead Sea Scrolls--including artifacts that have never been displayed publicly (1788 El Prado, 619/232-3821, sdnhm.org, from $24).

GALVESTON, TEX.
Cruises first started sailing out of the Port of Galveston terminal year-round in 2000 (portofgalveston.com).

Where Ships Go: Both lines depart year-round for Mexico and the western Caribbean; Royal Caribbean also sails to Central America and on occasional transatlantic cruises, such as a 12-night trip in April stopping in Key West and the Azores before ending in Barcelona.

Transportation & Parking: The Galveston Island Trolley ($1.25) stops between 21st and 22nd Streets, a few blocks from the cruise terminal (409/797-3909). The parking rates at the Port of Galveston lot vary depending on duration, but they end up costing $10 per day, more or less, for most cruises. You can save $5 by prepaying for parking.

Lodging/Parking Deal: Several Galveston hotels, including La Quinta Inn and Suites, allow free long-term parking for guests, even if you only stay there for one night (1402 Seawall Blvd., 409/763-1224, lq.com, from $65).

Where Ships Go: Royal Caribbean sails to Bermuda from April to July; Carnival goes to Bermuda and the Bahamas in June and October only.

Lodging/Parking Deal: A package from the Radisson Hotel Norfolk combines a one-night stay, breakfast for two, parking for the duration of your cruise, and transportation to and from the cruise terminal (700 Monticello Ave., 800/333-3333, radisson-norfolk.com, from $189).

In the Area: D'Art Center features the work of 50 resident artists in five galleries, and visitors often have opportunities to meet the artists (208 E. Main St., 757/625-4211, d-artcenter.org, free). The Hampton Roads Naval Museum hosts exhibits on the area's naval history and is the entryway for self-guided tours into the bowels of one of the Navy's largest battleships, the USS Wisconsin (One Waterside Dr., 757/322-2987, hrnm.navy.mil, free).

BAYONNE, N.J.
Cape Liberty Cruise Port opened with seasonal sailings in 2004 and has a year-round schedule beginning this spring (201/823-3737, cruiseliberty.com).

Where Ships Go: Both cruise to Bermuda and the Caribbean (Royal Caribbean goes year-round) and make trips to Canada and New England in summer and fall.

Transportation & Parking: NJ Transit's Light Rail (which connects to New York City-bound PATH trains in Jersey City) stops in Bayonne at 34th Street, two miles (or an $8 cab ride) from the port. The parking lot at the port costs $15 a day; prepaid parking is available.

Lodging/Parking Deal: No nearby hotels offer free parking for guests. However, the Ramada Limited (65 Tonnelle Ave., 201/432-6100, ramada.com, from $106) works with a nearby parking lot that charges $7 a day (801 Pavonia Ave.). The lot is a two-minute walk from the PATH's Journal Square stop.

In the Area: Jersey City's Liberty Science Center reopens in July after a $104 million renovation, with new exhibits such as one on the science and construction of skyscrapers (251 Phillip St., 201/200-1000, lsc.org, $3). Liberty State Park, which surrounds the science center, has fantastic views of the Manhattan skyline; it's also the departure point for ferries bound for the Statue of Liberty and Ellis Island (201/435-9499, state.nj.us, $11.50).

NO-HASSLE CRUISING
Pay Ahead for Parking: While most terminals offer ample parking space, prepaid parking guarantees you a spot.

Check In Online: All major cruise lines make it easy to print out boarding passes and fill out emergency contact info and immigration forms in advance. You can also sign up online ahead of time for shore excursions and spa treatments.

Drop Off Bags First: Before parking, leave your bags with porters at the pier, if possible. Just be sure to first attach to your luggage the special tags that come with your cruise tickets. That way, you can walk or hop a shuttle to the terminal sans heavy bags.

Don't Arrive Too Early: Chances are, previous passengers will still be leaving the ship, making for congestion. The port is less hectic at the embarkation time listed on your ticket.

Join the Club: Membership in the cruise line's frequent-guest club tells the company you're a special customer, even if this is your first cruise with its ships. After a few cruises with the line, you'll be eligible for the shorter lines with priority check-in.

Bring Your Passport: Americans cruising from the U.S. to the non-U.S. Caribbean, Mexico, and Canada aren't required to have passports until January 2008. But if you've got one, bring it. There's likely to be confusion at foreign ports, and having your passport will only help. Also, if for some reason you have to fly home from a foreign airport, you'll need a passport.