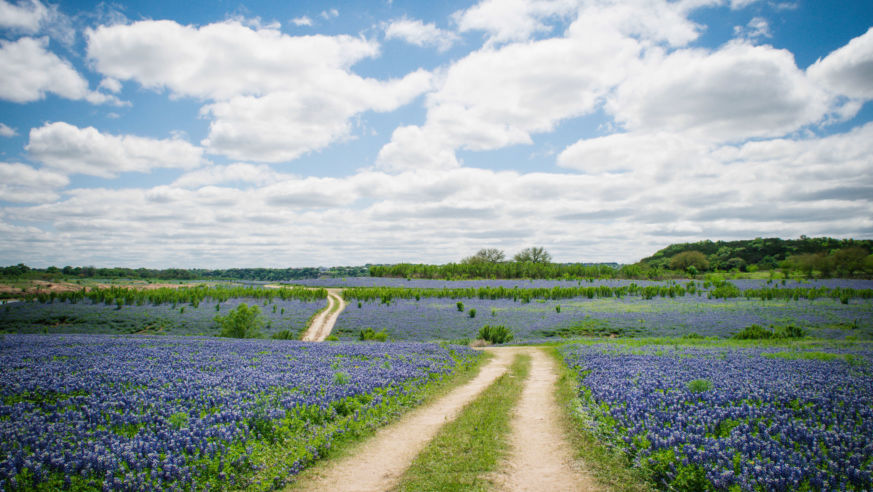 From city streets to rolling countryside, the Texas Hill Country is a geographical juxtaposition. The vast scenery ranging from hills to rivers to protected areas and long-standing sites is full of wonder, to boot. Spanning across Central Texas and correlating parts of San Antonio and Austin with small town communities, this region within the Lone Star State is not only a mix of topography but also of activity. Get exploring with these ideas for what to do in Texas Hill Country.

Sections of Texas Hill Country have a strong German heritage, with settlers emigrating to Texas in the 19th century. The resulting German towns with names such as Boerne and Walburg preserve this heritage.

In Fredericksburg, the Pioneer Museum tells of day-to-day living through dated buildings such as Sunday houses built for farmers and ranchers to stay in town on weekends while Vereins Kirche Museum in the Marktplatz replicates the city’s first public building. Named for Prince Carl Solms-Braunfels, New Braunfels’ backstory is told in part through contemporary murals telling about everything from Prince Carl Solms-Braunfels, whom the city is named for, to one depicting other important figures along the exterior of Krause’s Biergarten & Café, a revitalized German institution dating back to the 1930s.

Ties to Our Nation’s History

Two noteworthy figures are from Texas Hill Country – and their legacy still stands there today. In Fredericksburg, the National Museum of the Pacific War is linked to Fleet Admiral Chester W. Nimitz, who spent his boyhood years in Fredericksburg. Later on in life, he would command the U.S. military in the Pacific during World War II. The three-museum complex presents an extensive chronology on this battlefront through exhibit galleries with photographs, artifacts and media installations. Highlights include a gallery to Nimitz that was a hotel run by his grandfather, a Memorial Courtyard honoring all those who’ve served in the Pacific Theater and a Plaza of Presidents, acknowledging 10 commanders in chief who fought in the war.

One of them was LBJ, a fellow Texan. The Lyndon B. Johnson National Historical Park in Johnson City and the Lyndon B. Johnson State Park & Historic Site in Stonewall, encompasses the life of our 36th president. Then, the Lyndon Baines Johnson Museum of San Marcos focuses on how his formative years shaped his leadership in the Oval Office.

During their blooming season, Texas’ wildflowers add bursts of color along roads and road stops in Texas Hill Country. Wildseed Farms has been growing these flowers and selling their seeds for over three decades, partially at their over 200-acre farm headquarters in Fredericksburg.

With flowers in bloom from March through October, visitors can admire bluebonnets, red corn poppies, Black-eyed Susans and other types within both their trial and display gardens; venture along half mile walking trails, a seasonal butterfly garden and a seating area. Part of the University of Texas at Austin, the Lady Bird Johnson Wildflower Center focuses on the conservation of native plants by cultivating them within their gardens and arboretum.

Get an earful of music

Perk up and get your feet ready for some moving along to the sound of live music at venues across Texas Hill Country. In San Marcos, Cheatham Street Warehouse is a honkytonk institution that’s credited with presenting George Strait and Stevie Ray Vaughn in their earlier days.

Within Gruene, a historic district of New Braunfels, Gruene Hall dates back to 1878 and continues to present weekly performances from Americana to rock-a-billy; acts at Texas’ oldest operating dance hall have included Strait, ZZ Top and Willie Nelson. T

he Luckenbach Dance Hall near Fredericksburg has its fair share of headliners – not only Nelson but also Waylon Jennings – while the 11th Street Cowboy Bar in Bandera is hopping country music.

Sip along Some Wineries

Texas is the fifth-largest wine producing state, having and more than 50 wineries and vineyards are located in Texas Hill Country. Fredericksburg has an Urban Wineries Trail mapping out close to a dozen tasting rooms in town; stop into Becker Vineyards’ Main Street location to try their Cabernet Franc Reserve, Cabernet Sauvignon Blanc, and other new or limited releases.

In New Braunfels, Dry Comal Creek Vineyards and Winery is on a sprawling property with Texas-made labels such as their White Black Spanish, which blends Symphony grapes with the winery’s estate Black Spanish varietal.

Texas heat can get brutal but Texas Hill County has natural-forming rivers and man-made attractions for cooling off. Schlitterbahn Waterpark & Resort in New Braunfels has four areas compassing a mix of water rides. The Dragon’s Revenge is an uphill water coaster while Master Blaster kicks off its journey from atop a six-story tower.

Wimberley’s Blue Hole Regional Park is known for its bluish swimming hole originating from an underground river; there’s is a seasonal reservation system where bookings for swimming are required. Elsewhere in New Braunfels, you can go tubing along the city’s connecting Cormal and Guadalupe rivers by renting a ring from companies locally referred to outfitters.

Stretch your legs a bit by exploring Texas Hill Country on foot within various parks. Enchanted Rock State Natural Area in Fredericksburg is just as captivating as its name due to a massive pink granite dome that’s the park’s centerpiece. This nature site also has about 11 miles of hiking trails and rock climbing ops.

Colorado Bend State Park in Bend is noted for its cascading Gorman Falls, which can be reached via a 2.6-mile roundtrip hike. At Pedernales Falls State Park in Johnson City, its six-mile Wolf Mountain Trail provides a hiking challenge that rewards with mountain views and a stop at a water pool while its Juniper Ridge Trail can put advanced mountain bike riders to the test.